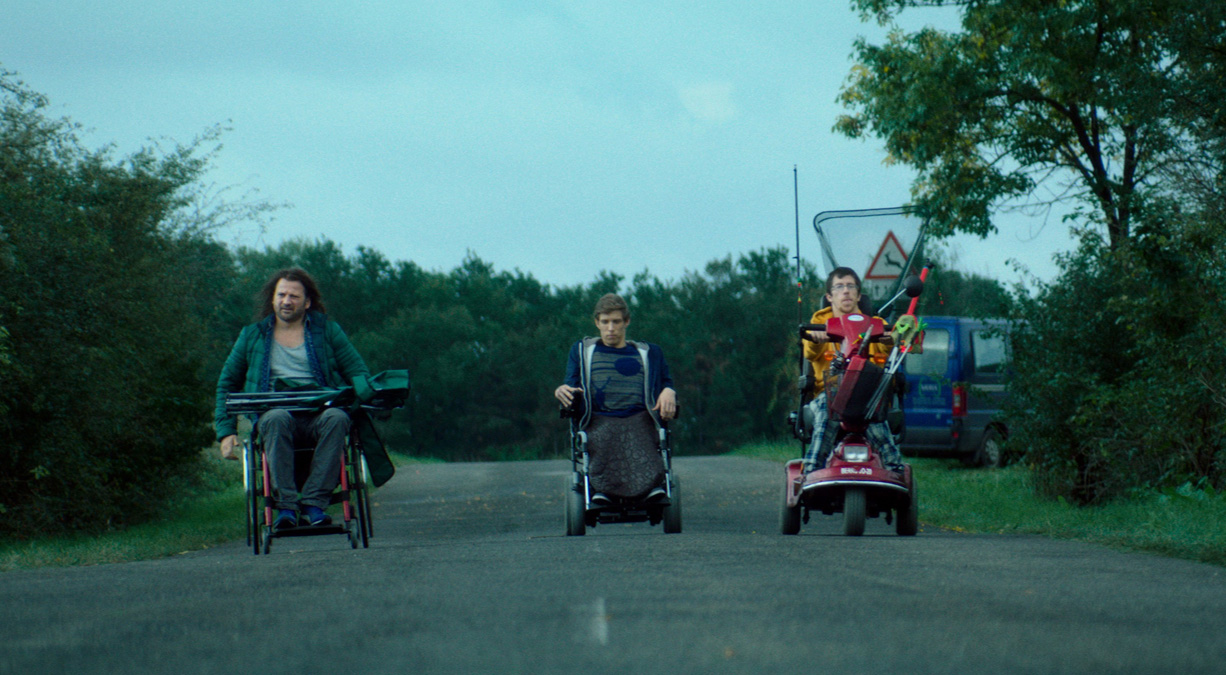 In the action-comedy Kills on Wheels,, two teenaged boys living with disabilities find escape from their humdrum lives when they’re enlisted by an ex-con to be his accomplice … as wheelchair hitmen!

Thrust into a surreal world of gangsters and guns, the partnership soon blossoms into friendship as their mentor reveals a soft heart beneath his tough exterior and the boys help him come to terms with his own disability.

Kills on Wheels, written and directed by Attila Till (Panic), will open in theaters on Friday, October 20, 2017, at Village East Cinema in New York City. The film played at last year’s Karlovy Vary International Film Festival and was Hungary’s official submission to the 89th Academy Awards®.

Kills on Wheels features stellar cinematography, a mix of live action and comic book-style animation, and a wickedly dark sense of humor. It deftly blends genres, confronting issues of invisibility, prejudice, and loneliness as it boldly flouts all stereotypes and expectations.