THE ARROW OF TIME, Documentary on Mikhail Gorbachev, will World Premiere at Zurich Film Festival 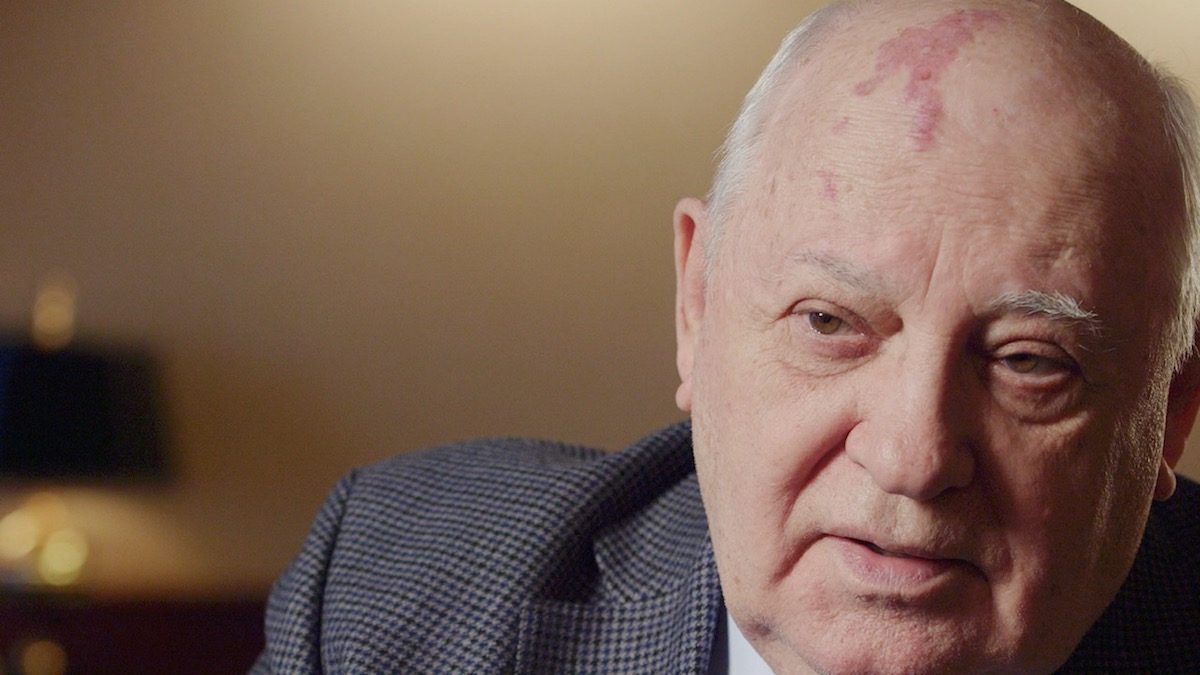 Former President of the USSR Mikhail Gorbachev will be not be able to attend the World Premiere of his documentary The Arrow of Time directed by Leila Conners, at the Zurich Film Festival.

The Nobel Laureate was strongly advised by his doctors not to travel, and for that reason cancelled his trip. Instead, the former General Secretary of the Communist Party of the Soviet Union has written a letter to the ZFF, in which he expresses his thanks for the invitation to Zurich and wishes the film, in which he plays a major part, a successful launch.

The director of the documentary film The Arrow of Time, Leila Conners, and further members of this Swiss-American co-production’s crew, will attend the festival in person. The ZFF will host the world premiere of The Arrow of Time in its Special Screenings section.

The former USSR President, whose disarmament negotiations with the USA led to the end of the Cold War, is warning once again of a new nuclear arms race. Director Leila Conners interviewed Gorbachev and other renowned politicians from Germany, France and the USA in her film, which is both a taut and disturbing review of our complicated 20th century world history, and an appeal not to repeat the mistakes of the past.

Here is the letter from Mikhail Gorbachev to the Festival (slightly shortened version):

Sadly, I am not in a condition to personally take part in our meeting – doctors have not been cooperative in this regard.

But I am very happy that The Arrow of Time documentary is finally on its way to the viewers. It is released at an uneasy time when the armaments race is gaining momentum again, when there are new attempts to fix global issues by force, often by military means.

The relationship between Russia and the West has fundamental importance in today’s global world. One of the key links in this chain – Russian-American relations. It has been three quarters of a year since the new President of the US assumed office, yet up to date there has been no full-fledged Russian-American meeting at the highest level. This is simply abnormal. I would like to call upon the leaders of our countries to immediately start preparations for such meeting. It will serve as the most crucial turning point to improve the state of affairs in the entire world.

I know what I am talking about. It was the Soviet-American summit in Geneva that paved the road to ceasing the Cold War. At that time, at first nobody believed that the negotiations would end well. But it was there, on the shore of Lake Geneva, that for the first time ever the leaders of USSR and USA said that “the nuclear war is untenable and there will be no winning side”. It was precisely that meeting that played the crucial role in transforming the globe, which was at the time paralyzed in the Cold War.

Unfortunately, due to a number of reasons we find ourselves thrown back in our efforts to build a new world.

Global issues that we face, starting from protecting the peace and safety to climate change, cybersecurity, and terrorism, demand that we rise to the new level of global government that would reflect the challenges of the XXI century. And for that, we need to reform the United Nations.

Many of these ideas might appear Utopian or unachievable in the context of the present political order, and that is precisely because they address the roots of the current issues.

These ideas, essentially presented in the documentary, aim to dispel the fatalistic feeling of helplessness, to show that there is a way forward, and that we will definitely start on that way, be it today by a conscious choice, or in the near future as a result of painful convulsive shocks.

And the clock is ticking…

In conclusion, I would like to thank the makers of the movie: Leila Conners and her entire creative crew, many of my friends and partners in implementation of the new course of action in international relations, for their contribution in creating this important cinematic document.

THE ARROW OF TIME