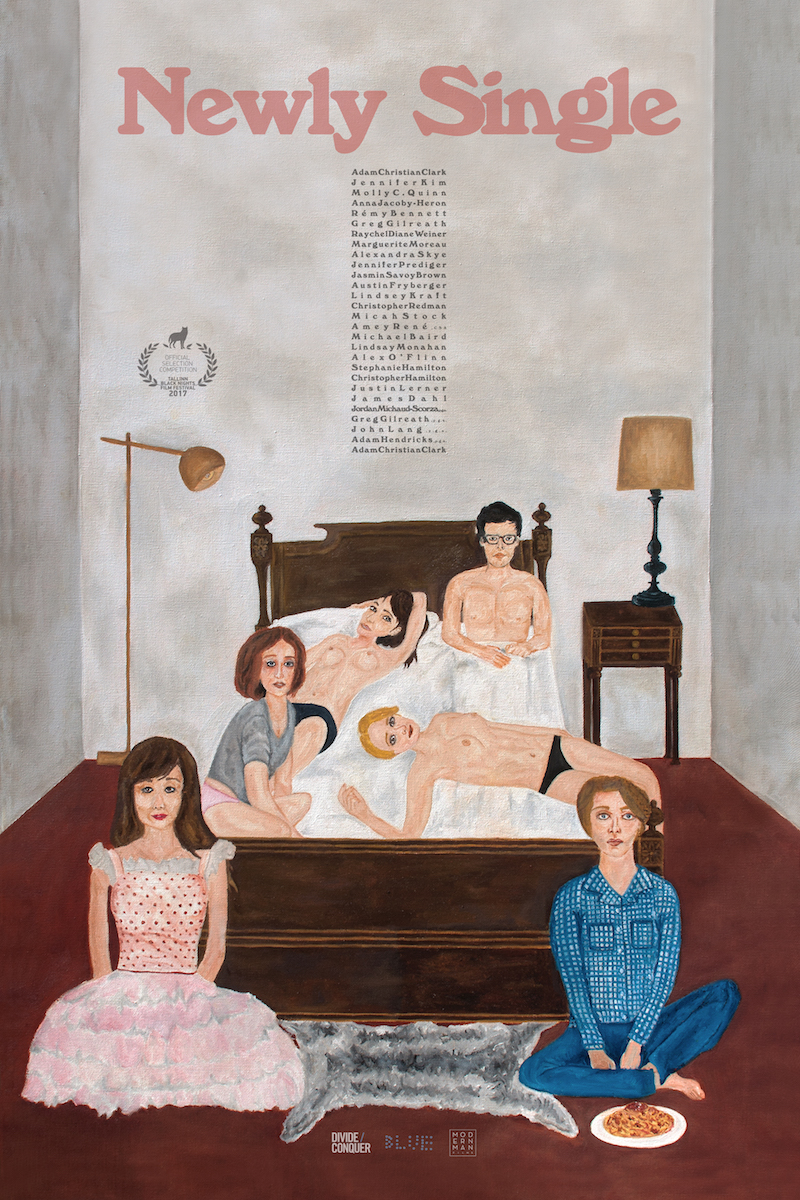 Newly Single is the second feature film by American writer/director Adam Christian Clark. After the successful run of his first film, Caroline and Jackie (Tribeca, 2012), Clark began assembling his next feature, Aaron Baby Superfecta. With considerably more money and A-list talent, Clark was on the verge of the next big step in his career. But when several lead actors dropped out, the financing fell apart, and the film collapsed. Clark found himself newly single, laid-off from a long-term TV directing job, and engulfed in a downward spiral of enthusiastic drinking and restless dating. On the verge of financial collapse and eviction, Clark doubled down, writing and directing the meta-dark-comedy Newly Single. Loosely inspired by recent events in his life, Adam Christian Clark also stepped in front of the camera for the first time to play the bitter and broken Astor Williams Stevenso

On the heels of booking a life-changing motion picture, Astor Williams Stevenson drives away his girlfriend and aggressively re-enters the LA dating scene. The film director finds himself alone and prowling; looking for love, sating his lust, and searching through the darkness of downtown Los Angeles.

Following Astor on a series of dates with a never ending parade of women, Newly Single explores the inner workings of his heart as well as the modern, urban world of dating, independent filmmaking, and the desire to be anyone but one’s true self. Astor finds himself struggling to compartmentalize the many facets of his life, until his barely restrained acerbic nature, fueled by insecurity and sadness, boils over into his personal and professional lives, leaving both in a flaming pile of ash. A noir-comedy love affair with downtown Los Angeles, Newly Single cuts through the coldness of modern dating, changing male identity, and the mad, sad desire to be loved.

2017 Gotham Awards Nominations - 'Get Out', 'The Florida Project', 'Lady Bird' Among Nominees