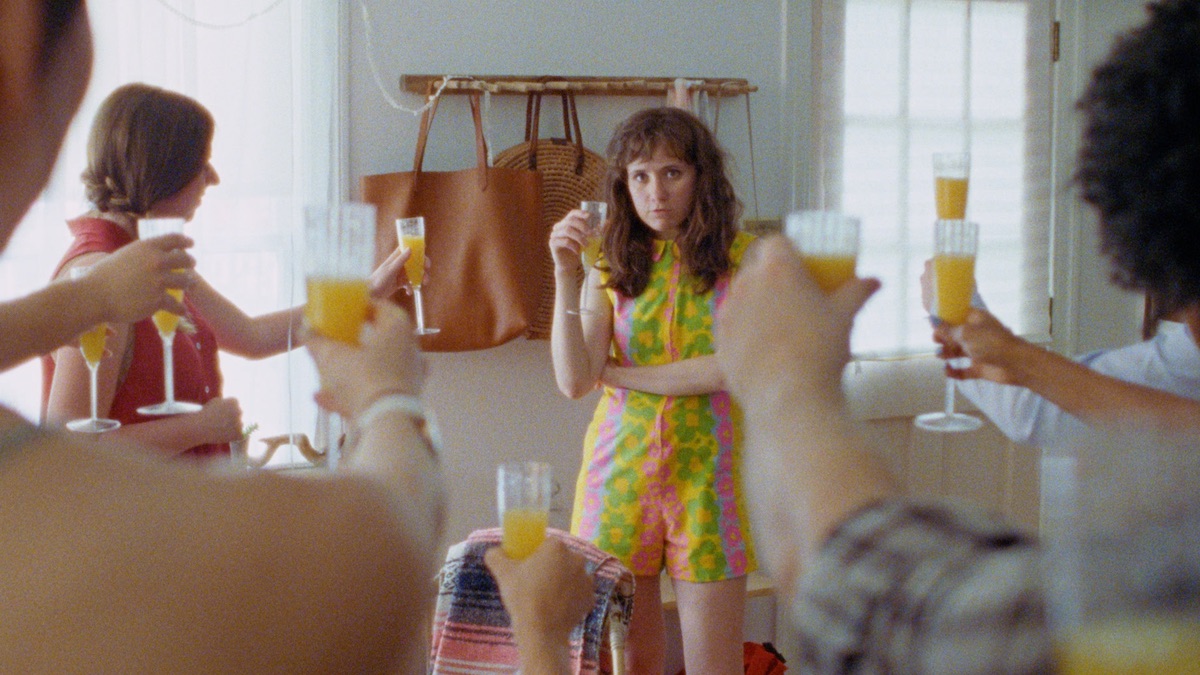 In Mr. Roosevelt, Noël Wells’ feature directorial debut, she portrays Emily, a talented but hard-to-classify comedic performer who left behind her home and boyfriend to pursue career opportunities in L.A.

When a loved one falls ill, Emily rushes back to Austin where she’s forced to stay with her ex-boyfriend (Nick Thune) and his new-and-improved girlfriend (Britt Lower), a totally together woman with a five-year plan.Though Emily is the same, everything else is different: her house has been smartly redecorated, her rocker boyfriend is training to be a real estate agent, and her old haunts show serious signs of gentrification. Holed up in her own guest room, Emily–who has no idea what she’ll be doing five days from now, let alone five years–is forced to question everyone’s values: are they sell-outs or have they just figured out what makes them happy? And is she following her dreams or is she just a self-absorbed loser?

Mr. Roosevelt premiered at SXSW, where it won the Audience Award in Narrative Spotlight and the Louis Black Lone Star Award, and most recently at Michael Moore’s Traverse City Film Festival, where it won the Founders Prize for Best US Fiction Film.