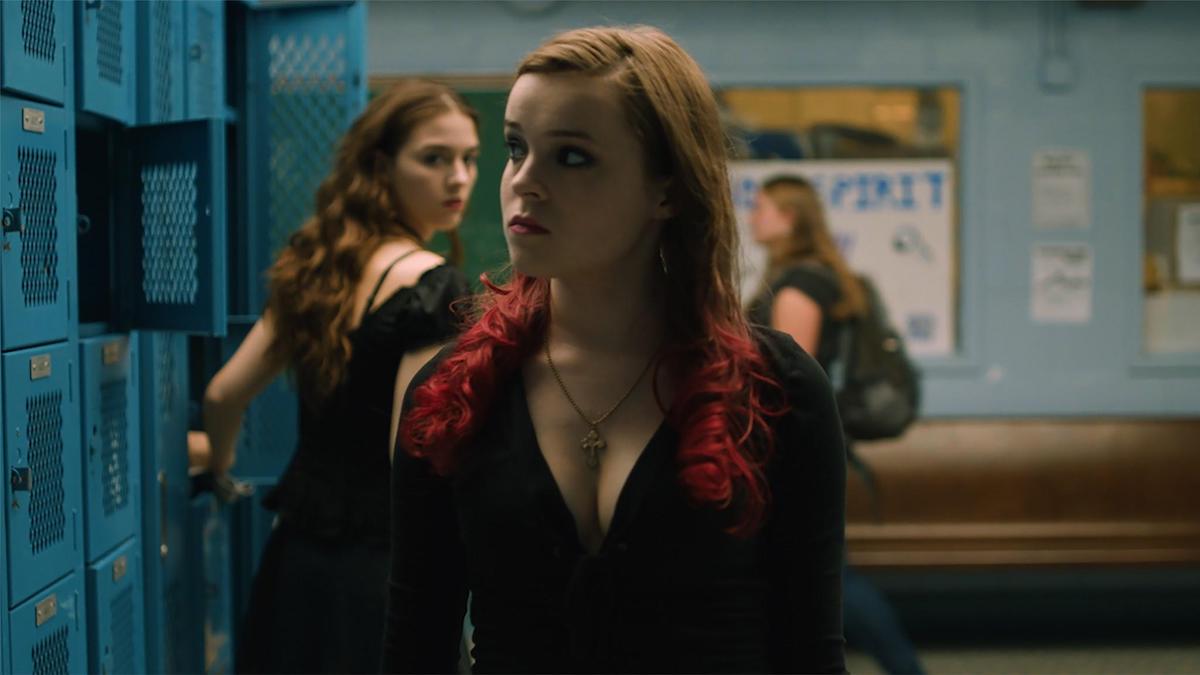 Here is the new trailer for Blame, the debut of 22-year-old writer/director Quinn Shephard, and starring Nadia Alexander, winner of the award for Best Actress at 2017 Tribeca Film Festival for her performance in the film.

It’s the start of a new year at a small suburban high school and Abigail (Quinn Shephard) is an eternal outcast returning for the first time after a mysterious event the previous year. Facing constant bullying, Abigail escapes from her hostile surroundings by immersing herself in the worlds of the characters she reads about, much to the amusement of her manipulative classmate, Melissa (Nadia Alexander).

When the girls’ intriguing new drama teacher Jeremy (Chris Messina) announces Arthur Miller’s ‘The Crucible” as their fall show, and casts Abigail over Melissa in the starring role, Abigail’s confidence blooms — but soon her relationship with Jeremy begins to move beyond the fantasy world she’s constructed. This taboo bond strikes a nerve in Melissa, fueling a vengeful jealousy that quickly spirals out of control — and brings about a chain of events that draws even further parallels to the madness of Salem. The riveting debut of 22-year-old writer/director Quinn Shephard, Blame examines the indelible stain of rumor and suspicion in the contemporary suburban high school while delving into the psyches of the cell phone generation.