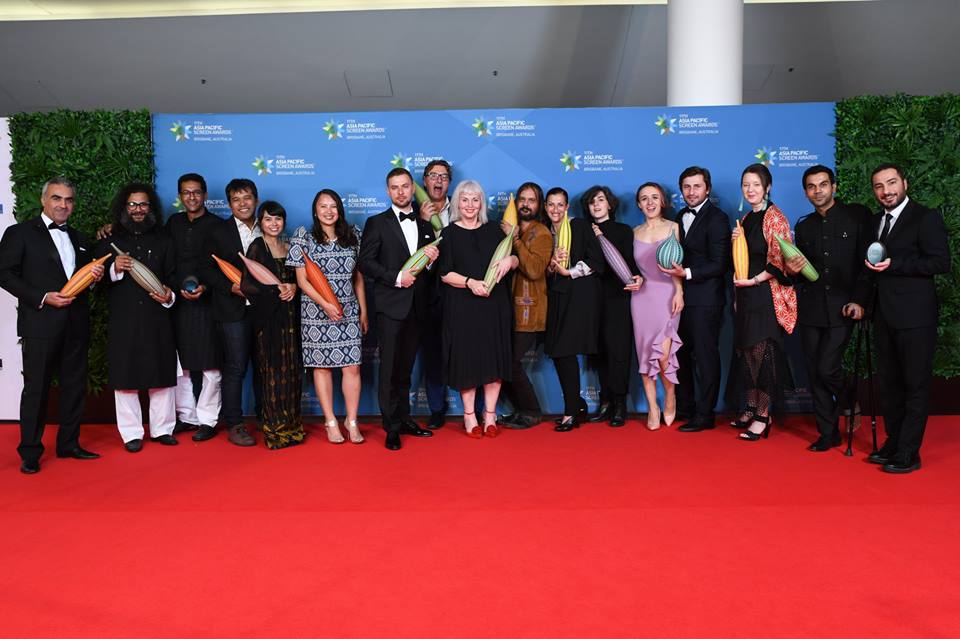 The Russian film Loveless won three awards at the 11th Asia Pacific Screen Awards including Achievement in Directing for Andrey Zvyagintsev. Zvyagintsev’s previous film, Leviafan (2014) won the APSA for Best Feature Film, while Zvyagintsev was previously awarded a High Commendation for his direction of Elena (2011).

Best Feature Film was awarded to Warwick Thornton’s Sweet Country.  The win makes APSA history with Thornton becoming the first director to have two films win Best Feature Film following Samson and Delilah’s win in 2009. He is also the only Australian director ever to have a film win in this category.

The Asia Pacific Screen Awards is considered the region’s highest accolade in film, honor cinematic excellence and the cultural diversity of the world’s fastest-growing film region: comprising 70 countries and areas, 4.5 billion people, and responsible for half of the world’s film output.

This year films from both Georgia and Russian Federation have won three APSAs each, including a Jury Grand Prize. This marks the first ever APSA win for Georgia in the 11-year history of the event. Films from Australia and India have won two APSAs each.

The Cultural Diversity Award under the patronage of UNESCO was awarded to Dede (Georgia, Croatia, Netherlands, Qatar, UK), filmed on location in the historic UNESCO World Heritage province of Svaneti and directed by Mariam Khatchvani, who accepted the award on the night.  The Jury awarded a Special Mention in this category to Lady of the Lake (Loktak Lairembee, India) directed by Haobam Paban Kumar.

Also from Georgia, Scary Mother (Sashishi Deda; Georgia, Estonia) was awarded both the APSA for Best Performance by an Actress for Nata Murvanidze and one of two Jury Grand Prizes presented by the International Jury, to Ana Urushadze for her direction of Scary Mother.

Indian film Newton won two Asia Pacific Screen Awards, with star Rajkummar Rao in Brisbane to accept the APSA for Best Performance by an Actor, while co-writer Mayank Tewari was also at the ceremony to accept Best Screenplay awarded to the film’s writers Tewari and Amit V Masurkar.

Nominated Iranian actor Navid Mohammadzadeh was awarded a Special Mention in the Best Performance by an Actor category for his performance in No Date, No Signature (Bedoune Tarikh, Bedoune Emza; Islamic Republic of Iran)

In a further win for the Russian Federation, the winners of the APSA for Achievement in Cinematography are Pyotr Duhovskoy and Timofey Lobov for The Bottomless Bag (Meshok Bez Dna).

The APSA for Best Youth Feature Film went to The Seen and Unseen (Sekala Niskala; Indonesia, Netherlands, Australia, Qatar). This is the second film Andini has directed to win an APSA, her earlier film The Mirror Never Lies (Laut Bercermin) won the APSA for Best Children’s Feature Film in 2012.

Taking out the Best Documentary Feature Film category is Last Men in Aleppo (Syrian Arab Republic, Denmark, Germany) directed by Feras Fayyad. The Jury said: “It is a very important subject, an urgent take on war. It is important to show the civilian effort in saving lives, and the resilience of people living life under siege.”

The Jury gave a Special Mention in this category to Kim Dotcom: Caught in the Web (New Zealand) directed by Annie Goldson.

The previously announced winner of the FIAPF Award, Filipino producer Bianca Balbuena, accepted her award at the APSA ceremony. The FIAPF award is determined by FIAPF-International Federation of Film Producers Associations for outstanding achievement in film in the Asia Pacific region.

The previously announced APSA Young Cinema Award for 2017 was accepted on the night by winner Ilgar Najaf for Pomegranate Orchard (Nar Baği, Azerbaijan). The Young Cinema Award presented by NETPAC (Network for the Promotion of Asian Cinema) and Griffith Film School recognizes the abundant emerging talent of the Asia Pacific. Najaf’s feature Buta won the APSA for Best Children’s Feature Film in 2011.

The APSA 2017 International Nominations Council also commended Abbas Kiarostami with a special Artistic Acknowledgement, and the APSA Academy confers a posthumous Academy membership on him. Kiarostami’s 24 Frames (Islamic Republic of Iran, France) was in Official Competition at APSA in 2017.