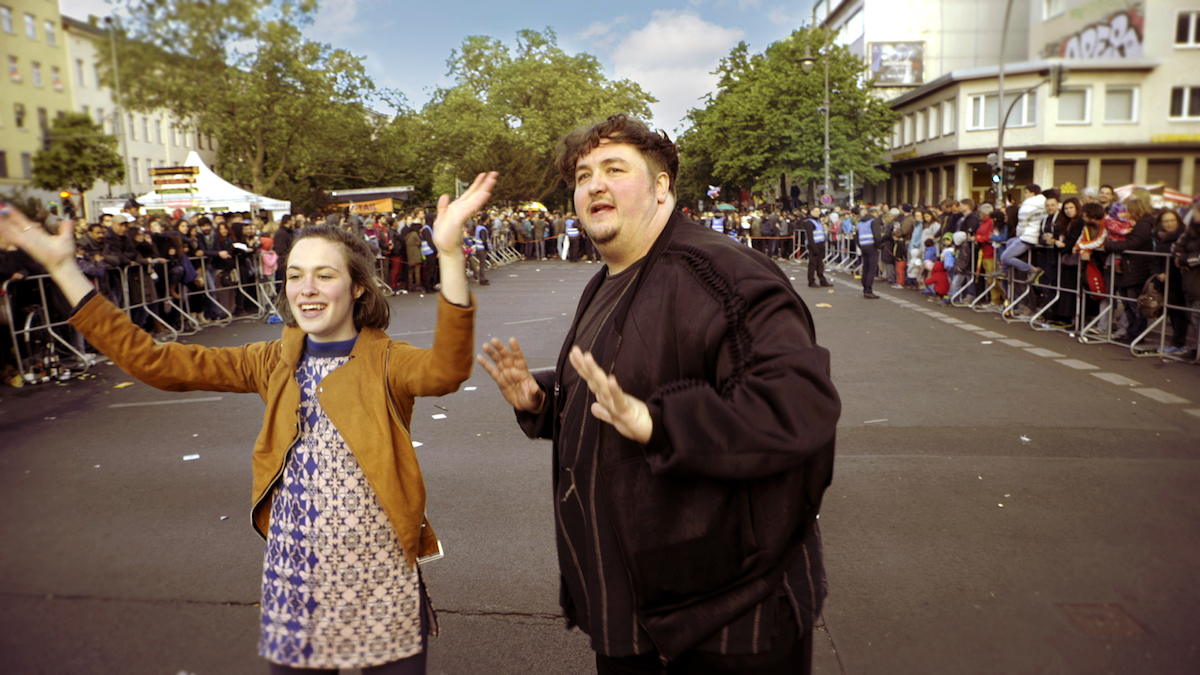 The Berlin International Film Festival has selected the first six films in the 2018 Perspektive Deutsches Kino section. The program will open with the new feature film by Philipp Eichholtz Rückenwind von vorn (Away You Go) (production: Von Oma gefördert). Staying true to himself, director Eichholtz lovingly and energetically tells the story of self-discovery against the wind. Headwind is uncomfortable and slows down forward motion unless you dress warmly, overcome the obstacles and occasionally change direction or take a detour. The young Berlin schoolteacher Charlie (Victoria Schulz) no longer wants to continue as usual on her chosen path and asks herself what she really wants and needs.

“When confronted with powerful winds from ahead, one must push harder to achieve one’s goals. That’s the challenge we accept, and one that transforms the headwind into a mobilizing tailwind from ahead,” comments section head Linda Söffker on her selection.

In Feierabendbier (After-work Beer), the directorial debut by Ben Brummer, and a production of the new Munich production company GAZE Film, barkeeper Magnus (Tilman Strauß) experiences an identity crisis when his precious classic car is stolen. Sporting a cool’n’casual attitude at all times, Magnus and especially his friend Dimi (Johann Jürgens) perfectly personify the hipster cliché: self-realisation through visible symbols of understatement. With the help of props, dress and music, director Brummer sketches a setting that creates a highly entertaining larger-than-life, comic-esque world for adults.

Three mid-length fiction works delve into love and farewells, each approaching the themes with a different aesthetic: Kineski zid (Great Wall of China) by dffb student Aleksandra Odić is a poetic narrative on the Bosnian mentality and spirited warmth of a family as experienced through the eyes of eight-year-old Maja. They all meet one summer day and Maja is the only family member who understands that her favourite aunt Ljilja is secretly emigrating to Germany later that day.

In Storkow Kalifornia by directing student Kolja Malik (Filmakademie Baden-Württemberg), 30-year-old outlaw Sunny (Daniel Roth) of Storkow is torn between his mother and his new love (Lana Cooper), and between staying and going. A film like a road trip: Goodbye Storkow, hello Berlin!

Rå by Filmuniversität Babelsberg student Sophia Bösch is the story of an initiation. 16-year-old Linn (Sofia Aspholm) wants to be accepted into her father’s hunting group at all costs and realises, little by little, that she will never truly belong. A film on growing up and discovering how difficult it is for a woman to find her place in a community of men with antiquated hierarchies.

The documentary film draußen (outside), produced by Titus Kreyenberg (unafilm) and directed by Johanna Sunder-Plassmann and Tama Tobias-Macht, paints a portrait of the homeless individuals Matze, Elvis, Filzlaus and Sergio with the help of personal objects laden with memories and emotions that act as witnesses to their lives. The film takes the viewer out onto the streets and opens our minds to ideas on alternative lifestyles.

The complete Perspektive Deutsches Kino program will be available in January 2018.