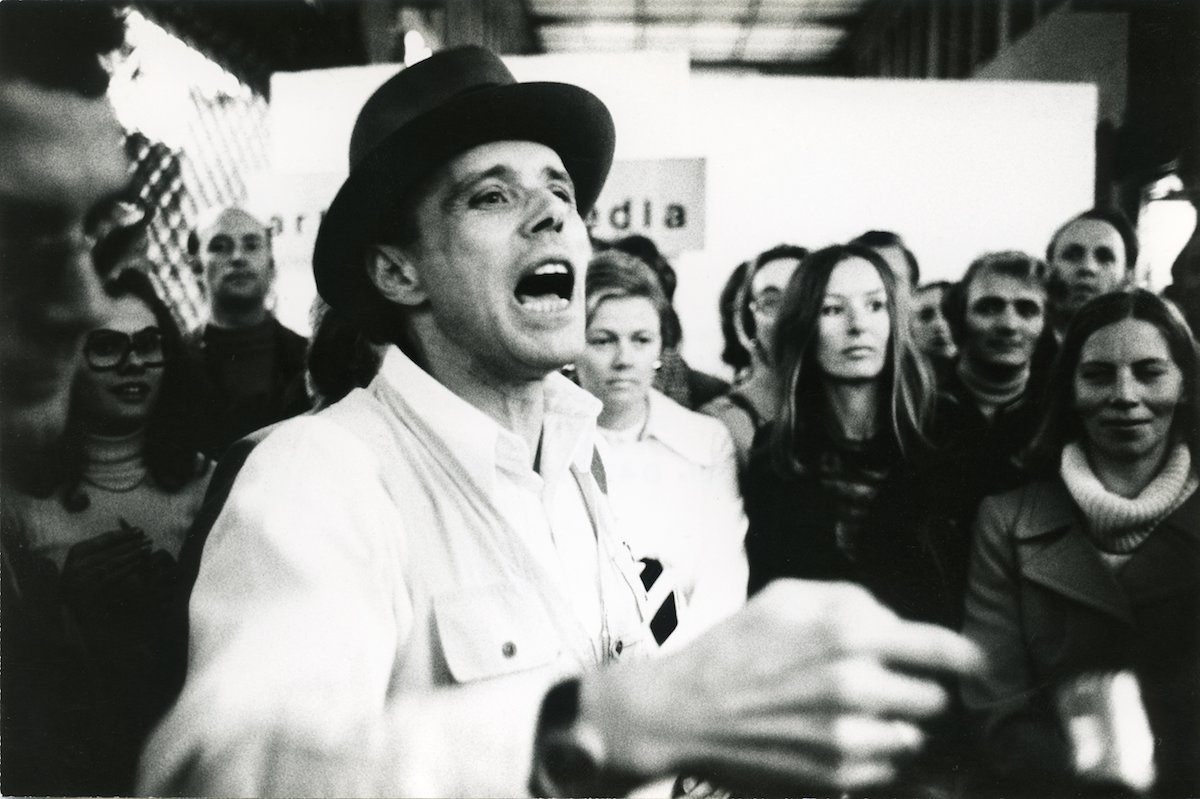 BEUYS, a documentary portrait of Joseph Beuys, one of the 20th century’s most influential and controversial artists, directed by Andres Veiel, will have it’s U.S. theatrical premiere with an exclusive theatrical engagement at Film Forum in New York City, starting Wednesday, January 17. The film expands to other national markets in February and March, 2018.

Charismatic and controversial German artist Joseph Beuys (1921-1986) was a messianic figure, alternately considered a shaman, a kook, a radical political activist, and a breakthrough artistic genius. Filmmaker Andres Veiel mines a rich trove of never-before-seen archival footage, showing how Beuys’s teachings (at the Kunstakademie Düsseldorf), installations (using felt and fat), ‘happenings’ (covering himself in honey and gold leaf in How to Explain Paintings to a Dead Hare or locking himself in a room with a coyote in I Like America and America Likes Me), and lectures (“money shouldn’t be a commodity”) argued for a more expansive view of the role of art in our lives.

Always recognizable in his trademark fedora, Beuys was a visionary who, 30 years after his death, continues to influence artists as well as confound and entertain the rest of us. BEUYS will have a two-week engagement, from January 17 to January 30, at Film Forum.