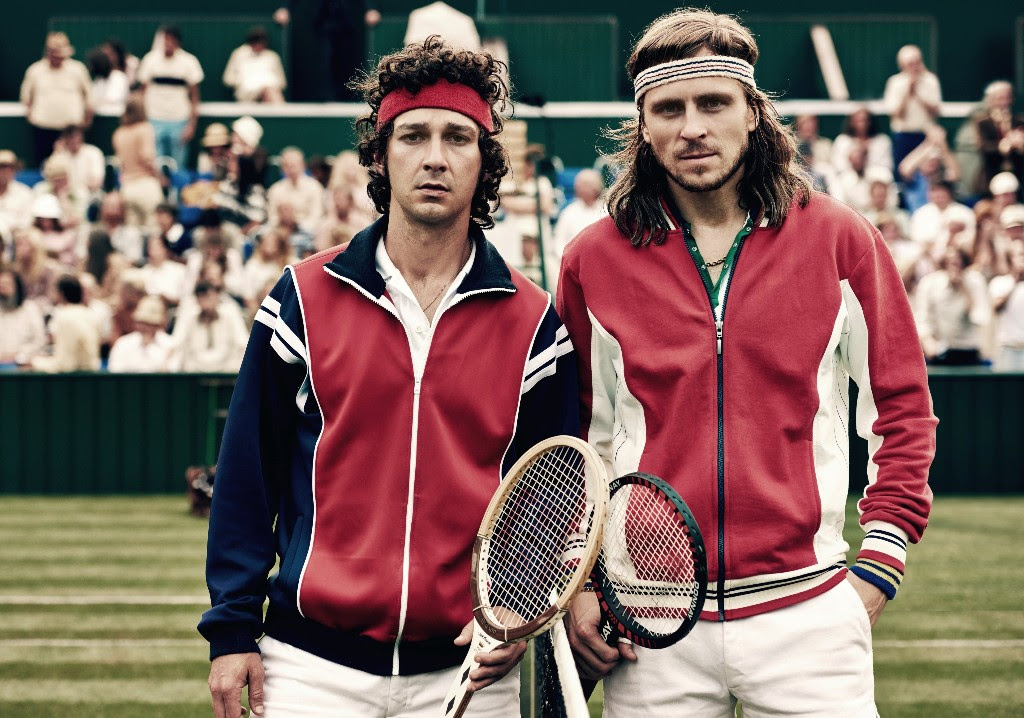 Borg/McEnroe, starring Shia LaBeouf as John McEnroe and Sverrir Gudnason as Bjorn Borg will kick off the 2018 Boulder International Film Festival. The 14th edition of the festival runs February 22 through 25, 2018 and brings films, filmmakers and fans together from around the world to beautiful downtown Boulder for a four-day celebration of the fine art of filmmaking.

“We’re very excited to present this year’s opening night film Borg/McEnroe,” says Robin Beeck, Executive Director. “The film is electrifying and full of energy, and Shia LaBeouf and Sverrir Gudnason are superb as John McEnroe and Bjorn Borg. The film offers a fascinating look at the personalities of one of the greatest tennis rivalries of all time, and features a thrilling final. We’re proud to showcase this incredible film in Boulder!”

Borg/McEnroe received notable accolades as the Opening Night Film at the Toronto International Film Festival and was the People’s Choice Award Winner at the Rome Film Festival. The film tells the ‘true’ story of the epic rivalry between Swedish tennis legend Björn Borg and his greatest adversary, the brash American John McEnroe. At the 1980 Wimbledon Championships, both men bring their immense talents – and inner demons – to the court as they finally face off in one of the most suspenseful events in tennis history.  As the fierce matchup between these legends in tennis is finally settled on the court, Borg/McEnroe recounts the thrilling game that had the world at the edge of its seat.