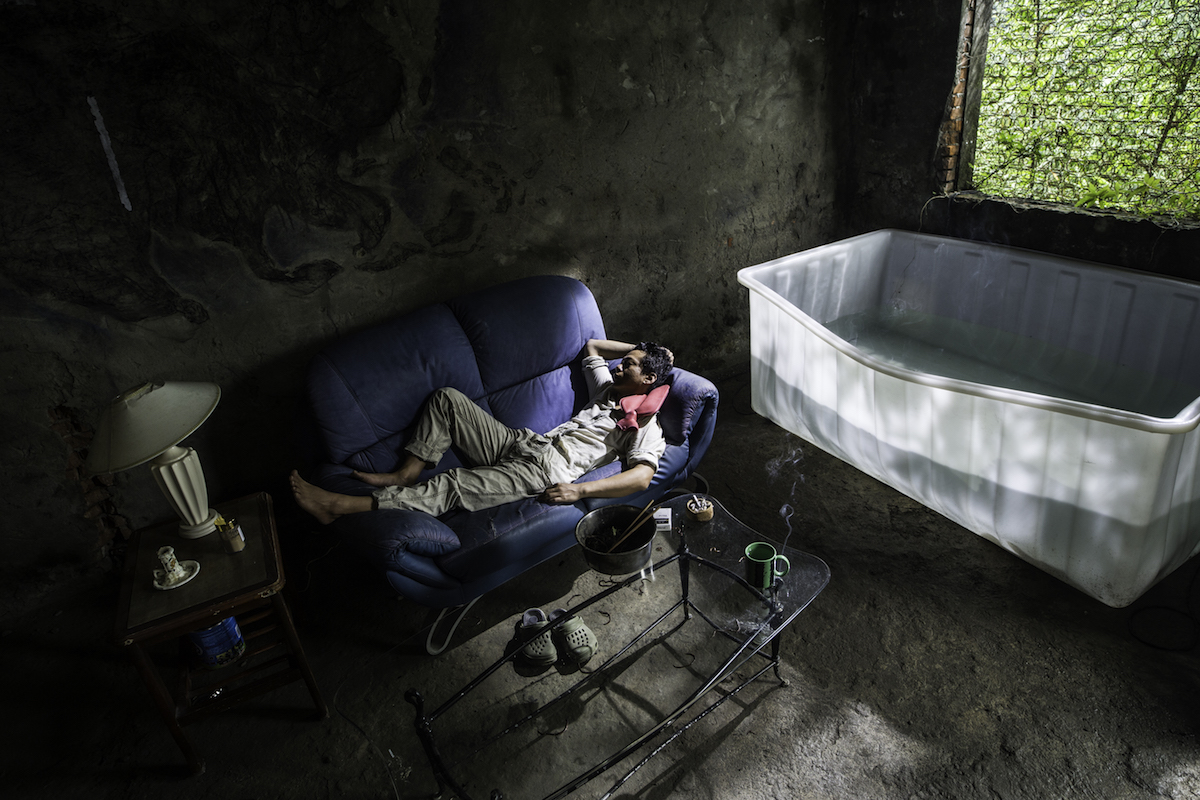 Winner of the Golden Lion Award at the Venice Film Festival with Vive L’amour (1994), TSAI Ming-Liang has established himself as one of contemporary cinema’s most accomplished auteurs. In addition to bringing films into the art world, he has been constantly exploring multi-media and new technology in filmmaking. The Deserted, his debut VR work, is an attempt to break the established dichotomy of traditional cinema, and create an interactive film experience that blurs the lines between reality and creative expression.

The work is an elliptical tale of love, death and memory, starring LEE Kang-Sheng as a man recuperating from an illness in the mountains. Unable to communicate with his late mother or the female ghost next door, his only companion is a lone fish who swims with him in the bathtub. The Deserted offers a dreamlike 3D experience which immerses viewers in the construction of the scenes, and the characters’ personal journeys.

The 55-min piece is a milestone in Chinese language cinema and selected for the first-ever Virtual Reality competition at the Venice Film Festival. It received overwhelming response at the Golden Horse Festival, selling out all 13 sessions within seconds. The Deserted is supported by HTC VIVE, ZOTAC and the Academy of Film of Hong Kong Baptist University.