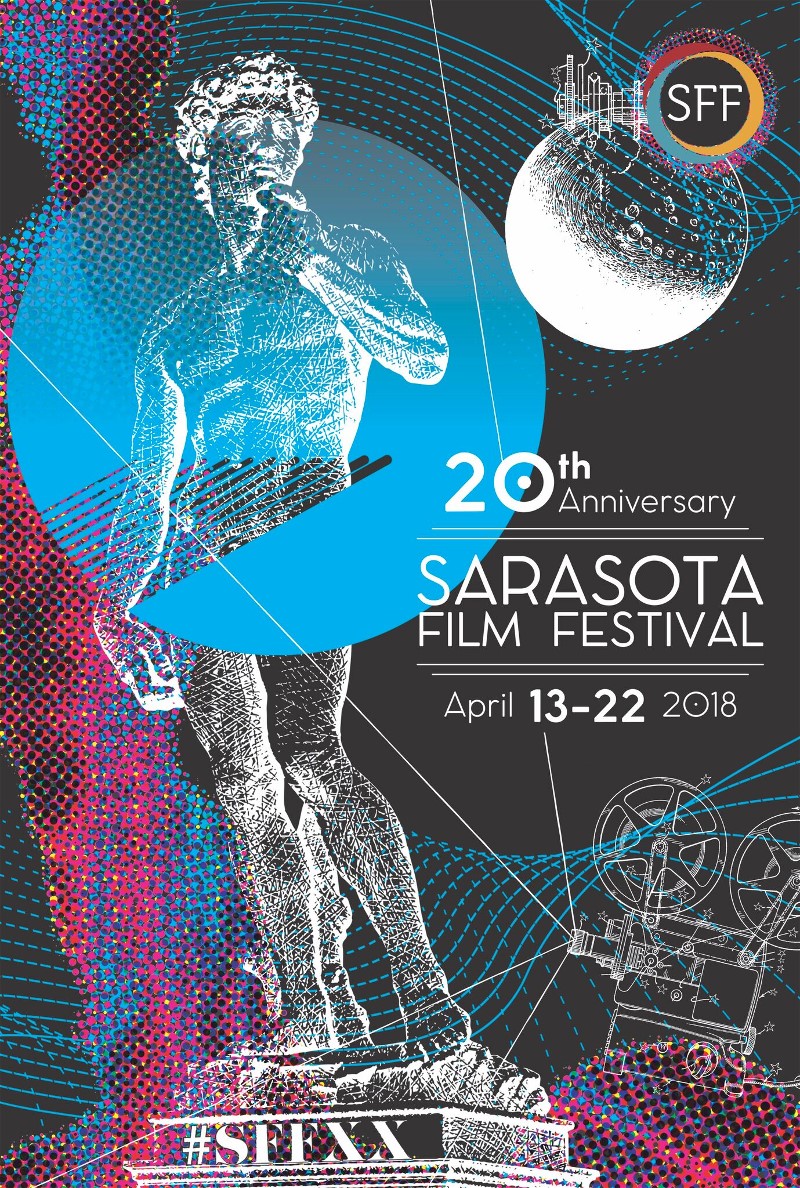 The Sarasota Film Festival unveiled the special edition 20th Anniversary poster for the upcoming 2018 festival designed by local designer, Kelsey Hunt-Dolan. This year the festival will take place April 13th through the 22nd, 2018.

This year’s artwork represents the 20th celebration of the Sarasota Film Festival and the lasting impact from various artists. The Roman numerals “XX” on the poster commemorate the historic 20 year anniversary for the festival. John Ringling’s David statue, a replica of Michelangelo Buonarroti’s original masterpiece, is known as the symbol of Sarasota and resides in The Ringling Museum courtyard. John Ringling carved this statue between the mid-19th to early 20th century as a momentum for local artists. He had hoped to open a school of art prior to his demise, but left this statue behind to inspire future artists.

“We are very pleased with this year’s collaborative effort at designing our twentieth anniversary poster containing Michelangelo’s Statue of David, one of the most beautiful pieces of art known to man and a symbol of our great city,” said Mark Famiglio, President of the Sarasota Film Festival. “In these last 20 years, we have watched the festival evolve into a captivating and engaging showcase of diverse films, highlighting the unique and distinct voice from artists nationally and internationally. We look forward to the next 20 years as we salute our community and film lovers from around the world.”