Documentary BREAKING POINT: THE WAR FOR DEMOCRACY IN UKRAINE Opens in Theaters on March 2nd | Trailer 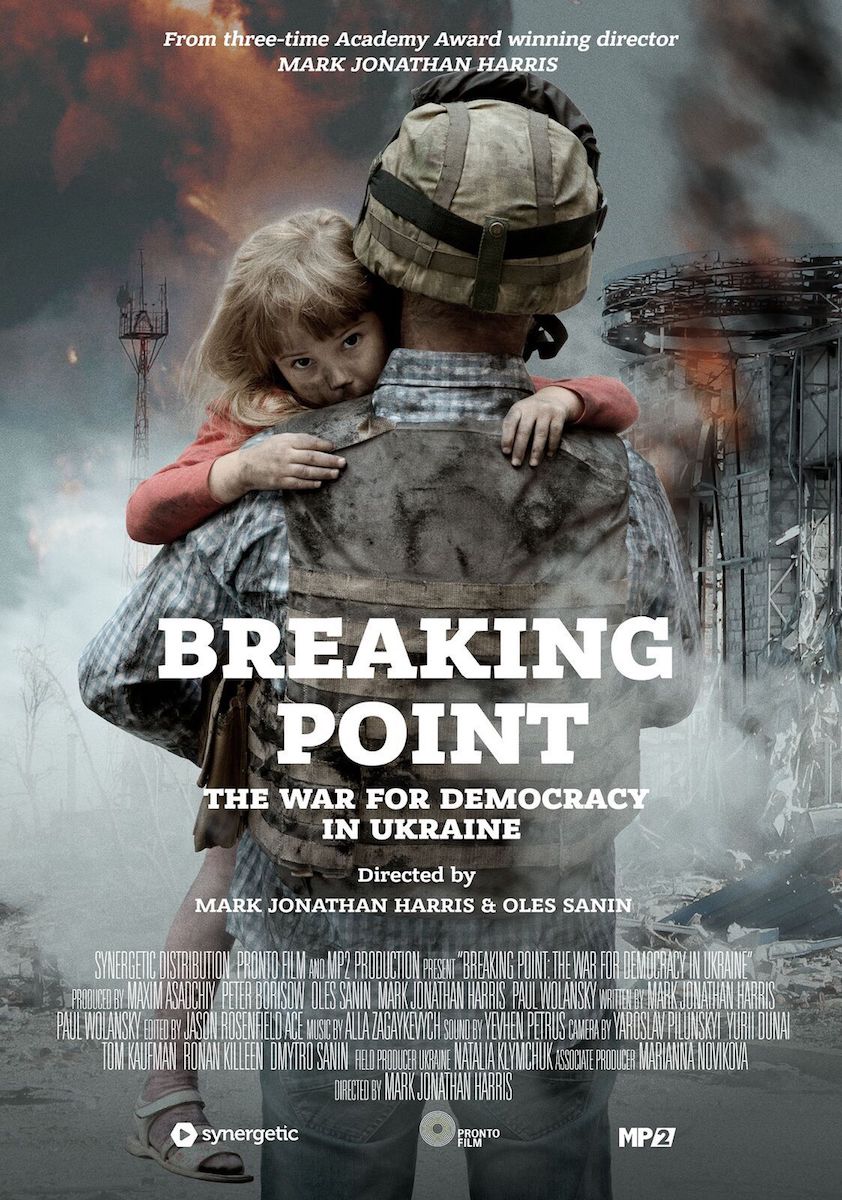 Breaking Point: The War For Democracy in Ukraine, from three time Oscar® winning director Mark Jonathan Harris, is described as a powerful and intimate look at the war and revolution in Ukraine through the eyes of ordinary people who risked their lives to create a more democratic, equitable, and independent country. The documentary opens in theaters on March 2nd in New York and March 9th in Los Angeles, with additional cities to follow.

Breaking Point is the dramatic and inspiring portrait of people willing to give up their private, normal lives to unite in a collective effort to bring the rule of law and democracy to their country. Their battle to wrest power from the autocrats and plutocrats who control their governments is a struggle that is being waged around the world, from the Mideast to America. The outcome affects not only the future of Ukraine, but the future of democracy throughout the world.

The principal characters are a children’s theater director, a doctor, a rabbi, a TV journalist, an investigative reporter, and a lawyer turned medic and her soldier husband.

Their lives were transformed by the tumultuous, three-month revolution on the Maidan, which ended in the death of 123 protestors and the flight of corrupt President Viktor Yanukovych.

When Russia retaliated by annexing Crimea and invading eastern Ukraine, the subjects went to war to defend and remake their country. The film depicts this intense and on-going struggle, which has so far killed 10,000 Ukrainians and displaced 1.9 million refugees.

Director Mark Jonathan Harris is an Academy Award® winning documentary filmmaker and Distinguished Professor in the School of Cinematic Arts at the University of Southern California. Among the many documentaries he has written, produced and/or directed are Huelga!, the landmark film about Cesar Chavez and The Redwoods, which won an Oscar® for Best Short Documentary and helped establish a redwood national park in 1968. The Long Way Home, a film he wrote and directed about the period immediately following the Holocaust, won the Academy Award® for Best Feature Documentary in 1997; and Into The Arms of Strangers: Stories of the Kindertransport, which he also wrote and directed, won the Academy Award® for Best Feature Documentary in 2000 and was selected by the U.S. Library of Congress for inclusion in its National Film Registry.

Breaking Point: the War for Democracy in Ukraine (2017)