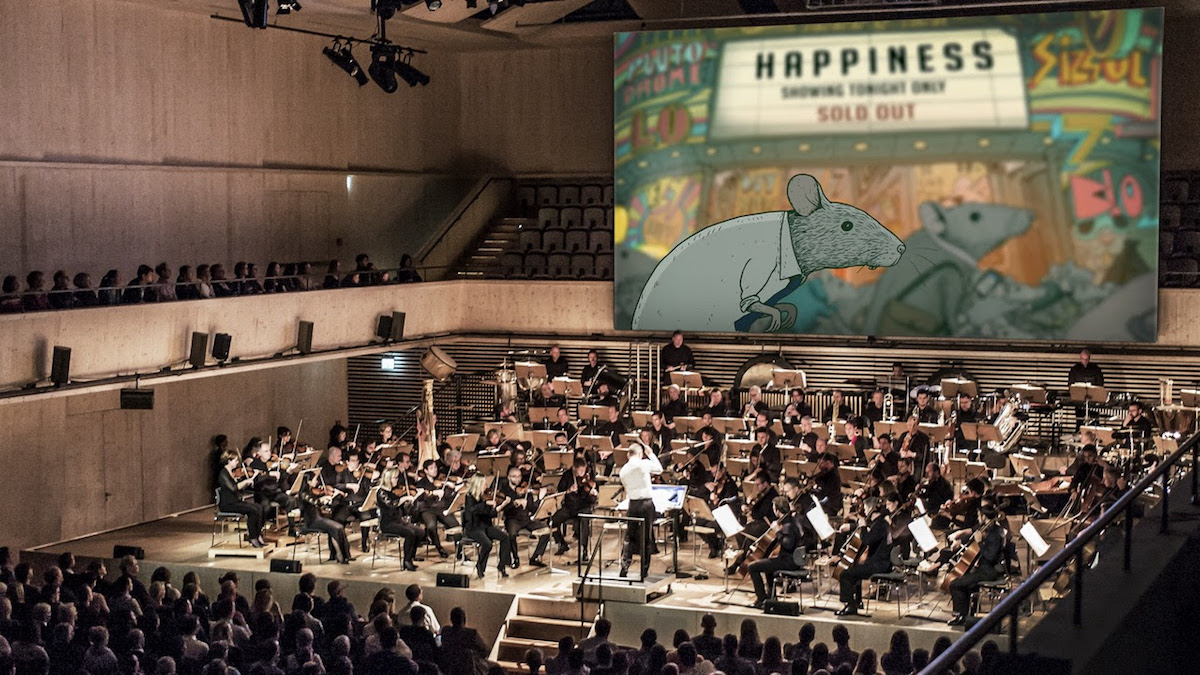 This year, the 7th International Film Music Competition asks entrants to score HAPPINESS. This short animation film by the renowned London-based illustrator Steve Cutts which has garnered over 1.2 million plays on Vimeo in just three months and has been selected to receive its ‘Best of the Year’ accolade.

Steve Cutts’ animation short HAPPINESS tells the story of a rodent’s relentless search for happiness and fulfilment in a consumer-driven society. His hitherto most popular short film MAN received nearly 26 million views on YouTube in 2012, and his Miami-Vice-homage as a guest animator for the ‘Simpsons’ has received more than 14 million clicks to date. More recently, the British illustrator has attracted attention with his music video ‘In This Cold Place’, which he created for Moby and The Void Pacific Choir.

The Zurich Film Festival and the Tonhalle Orchestra Zurich collaborates with the Forum Filmmusik for 7th annual International Film Music Competition, where an international jury of experts comprising composers, music specialists and filmmakers will choose five talented musical composers nominees from around the globe.

Composers from around the world who have not scored or orchestrated more than three films of more than 60 minutes duration are eligible to enter. The five successful compositions will be world-premiered during the Zurich Film Festival by the Tonhalle Orchestra Zurich under the musical direction of Frank Strobel on October 4, 2018 at the Tonhalle Maag in the presence of the nominees and the jury of experts. The winner will receive the Golden Eye for ‘Best International Film Music 2018’ endowed with a CHF 10’000 cash prize.