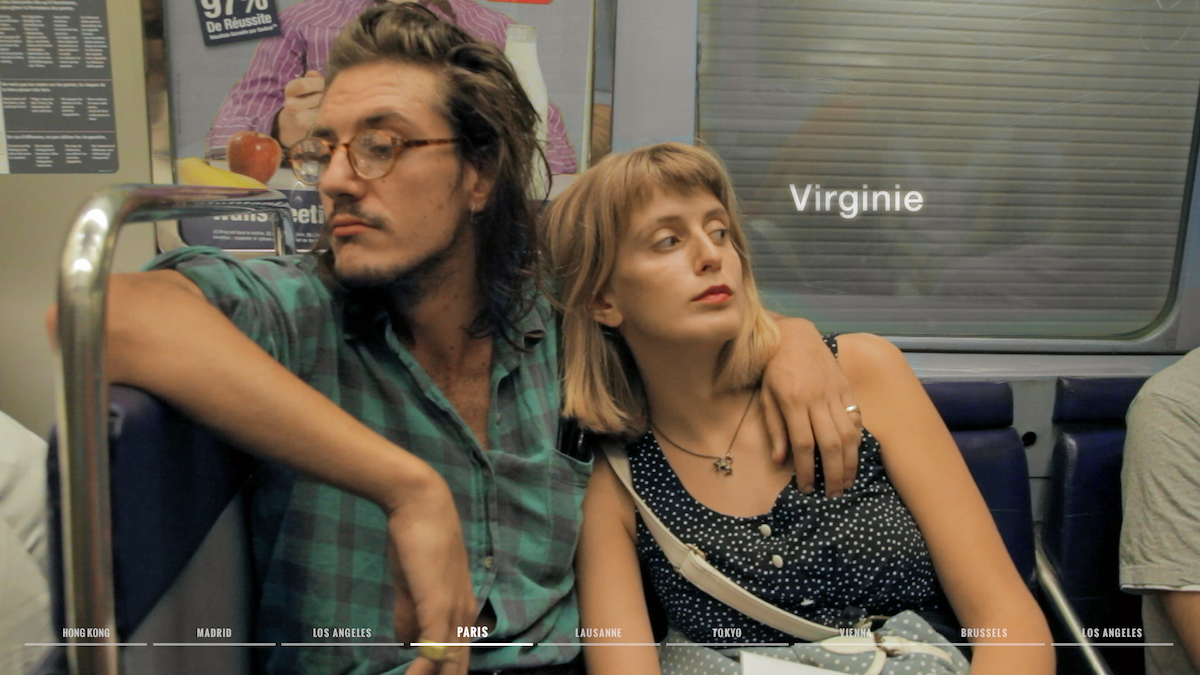 Powerful interactive web documentary, “LIFE UNDERGROUND,” created and directed by award winning filmmaker Hervé Cohen, in collaboration with installation artist and media designer Tonian Irving, will debut online March 13th as part of the 2018 SXSW Festival Arts Program.  The innovative experience will be available for viewing at life-underground.com in conjunction with a full-scale immersive installation on four large screens that will run daily from March 9 through 15 in room 306 at the JW Marriott.

Life Underground is a constantly evolving, ever-growing testament to the power of personal stories to transcend barriers of race, gender, culture and religion. Filmed in 14 thriving subways around the world, including Los Angeles, Paris, Hong Kong, Berlin and Santiago, Life Underground asks viewers to stop and listen as passengers speak candidly of their hopes, dreams, triumphs and defeats.

Online, Life Underground can be easily navigated using a personal electronic device, allowing viewers to experience as many stories as they desire, as well as to travel inside various train cabins and explore the landscapes of subways on an interactive map.

“This interactive documentary, where metros of the world join to form a unique worldwide underground line, is a platform to explore and instigate a conversation beyond language and cultural difference, while breaking the boundaries that divide us,” said Cohen.

The art installation, which made its world premiere at Los Angeles’ Union Station last January 30th through February 5th, is composed of a series of screens mounted at various angles in order to create the illusion of a staggered, illuminated passageway. Each screen runs a 35-minute loop of original footage, with audio tracks split and distributed separately to dedicated speakers throughout the space. Its sonic companion is an experimental score of music, from composer Brian Rodvien, created using raw sounds of multiple subways, which can be accessed individually on Soundcloud.

The installation allows for different levels of engagement with multiple screens, and will expand with time as Hervé continues to explore the subterranean passageways of the planet in search of the stories that make it move.

To date, 40 intimate stories can be accessed by clicking on the image of a silent individual as they ride a train. Viewers never see the person speak since their vocals were recorded separately. Instead, audiences are invited to watch, as if they were observing a fellow passenger with the added gift of hearing a thoughtful inner monologue.

Pilar in Madrid talks about the challenges of going blind later in life; while Stefanella in Berlin opens up about wanting to become a transgender performer; and Ibra in Brussels reveals the pain of being treated cruelly as an immigrant from Senegal and his dream of one day returning to his native land.

These stories serve as the connective tissue of a global journey composed of the rich sights and sounds of the world’s subways, filmed using a deeply human gaze that captures the depth of quiet moments as readily as it does the excitement of urban bustle. The full installation serves as a time capsule of life in the world’s great cities, speaking to salient themes of diversity, inclusion, classism, urbanization and social welfare.