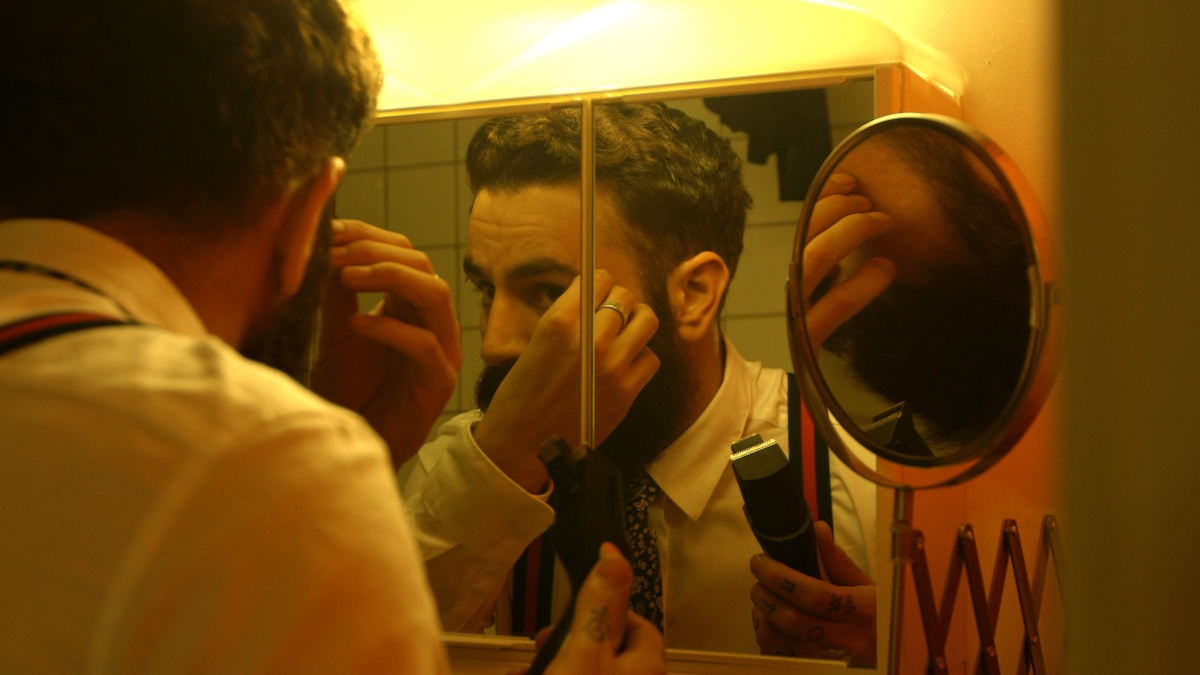 Directed by Till Schauder, When God Sleeps is a rap-punk-rock documentary about Iranian musician Shahin Najafi, who is forced into hiding after hardline clerics issue a fatwa for his death, incensed by a rap song that focuses on the oppression of women and human rights abuses.  Shahin’s frantic escape leads to an impossible romance with Leili Bazargan, granddaughter of the first prime minister of the Islamic Republic of Iran, who was handpicked for the job by none other than the late Ayatollah Khomeini. Risking his life every time he steps on a stage, Shahin refuses to stop performing as an act of resistance while living a modern day Romeo and Juliet romance. When God Sleeps premieres on Independent Lens on Monday, April 2, 2018, 10:00-11:30 PM ET (check local listings) on PBS.

In 2012, Najafi released a satirical rap song that triggered thousands to rally in a campaign for his assassination. Incensed by the song’s irreverent remarks about Ali al-Naghi, one of twelve imams revered by Shia Muslims, hardline clerics placed a $100,000 bounty on his head. “My songs didn’t make me famous,” said Shahin. “The fatwa did.”

German journalist Günter Wallraff, who gave refuge to Salman Rushdie after his death fatwa, offers shelter to Shahin too. Despite the threats against his life, Shahin insists on total freedom of expression. His stubborn refusal to back down in spite of death threats is reminiscent of a suicide mission, complicating long-term planning for his new romantic relationship. Ironically, his uncompromising stance is not unlike that of the religious hardliners who want him dead. Shahin sees it as his mission, indeed his life’s purpose, to stand up to oppressive religious leaders — even if he has to pay the ultimate price for it.

“Touching on hot topics like Islam, terrorism, protest, and the global refugee crisis, When God Sleeps checks off just about every newsworthy box as we immerse ourselves in the life of the ‘Salman Rushdie of Rap,’” said Lois Vossen, Independent Lens executive producer. “The human cost of resistance is at the core of this film, which explores nationalism and the growing hostility toward immigrants through the lens of a rebellious musician who occupies the complex role of both political activist and cultural bridge-builder.”