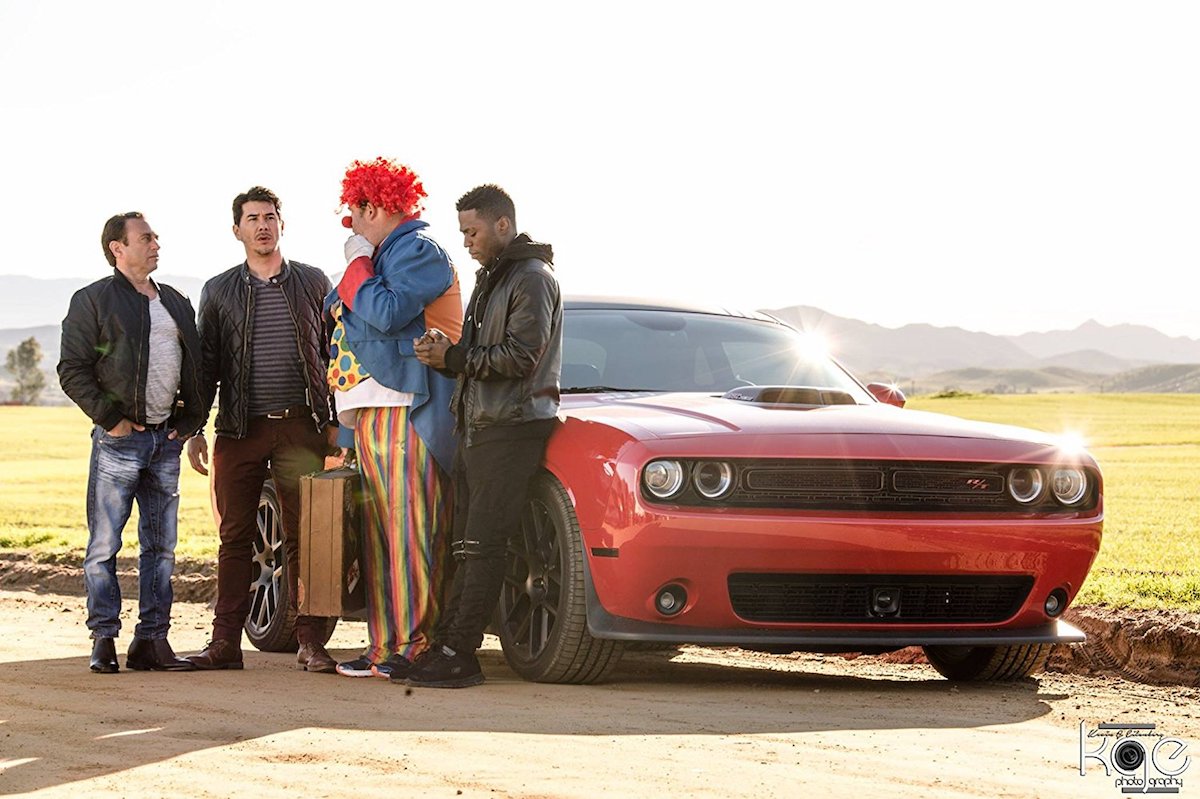 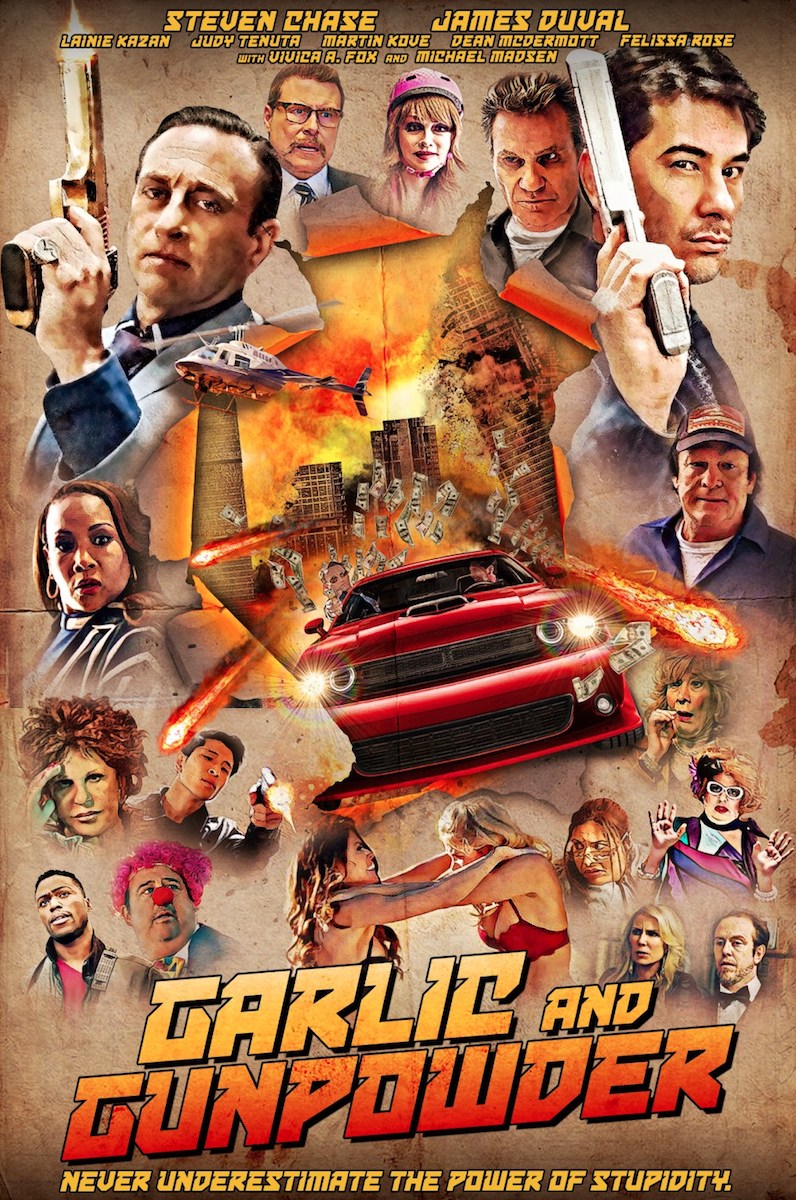 Garlic and Gunpowder centers around a news report warning that a comet is on track to hit and possibly destroy the planet – or not, depending on who you talk too. However, some of the city’s super rich aren’t taking any chances and devise a plan to stash much of their wealth in bunkers….just in case. Ma (Rose), a 300 pound, cigar chompin’ Mob Boss, assigns her top two wise guys (Chase and Duvall) to hijack the convoy carrying all of the loot to the site. However, Ma is not the only one who sees this as an opportunity to get rich quick. While a public relations rep (Fox) tries to damage control the hysteria, a rival Chinese mafia leader, a clown, a porn star and even a couple of corrupt federal agents all formulate their own plan to steal the loot.