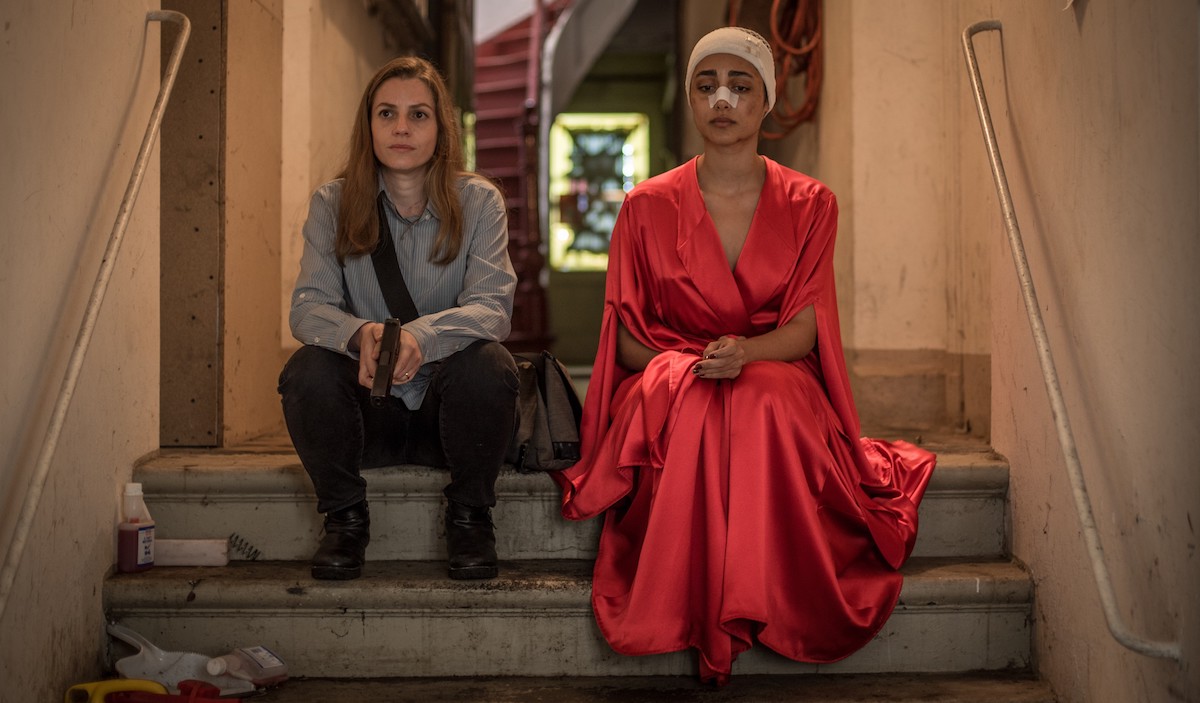 This Israeli psychological drama Shelter, a film directed by Eran Riklis (The Lemon Tree, The Syrian Bride), will open in Los Angeles at the Laemmle Ahrya Fine Arts Theatre, Monica Film Center and Town Center 5 on April 6. Other cities will follow.

A subtle thriller set in Germany involving Mona, a Lebanese woman (played by Iranian-born, Paris-based star Golshifteh Farahani), and Naomi, an Israeli Mossad agent (Neta Riskin) sent to protect their informant who is recovering from plastic surgery to conceal her identity. Together for two weeks in a quiet apartment in Hamburg, the two women take us into a complex, multi-dimensional labyrinth of trust and mistrust, of honesty and deception, of loyalty and betrayal.

The intimacy of the relationship that develops between Mona and Naomi is exposed to the threat of terror that is engulfing the world today. In this game of deception, beliefs are questioned and choices are made that are not their own. And yet their fate takes a surprising turn in this suspense-laden, elegant neo-noir.