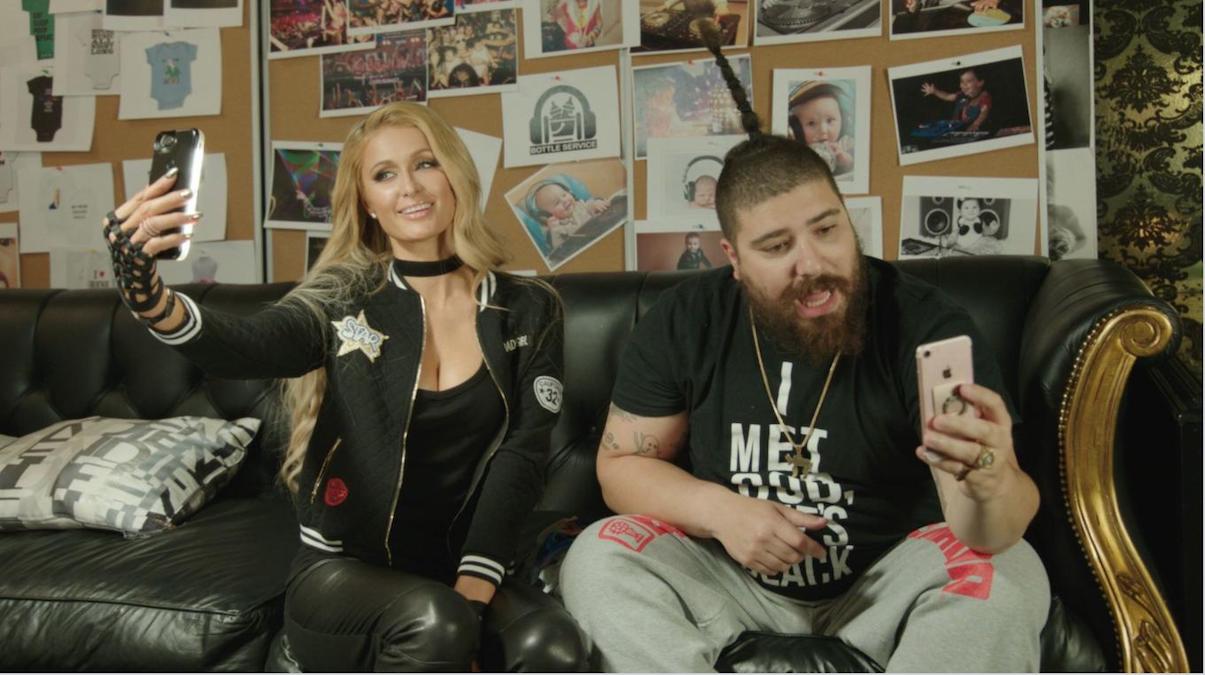 The Tribeca Film Festival will provide exclusive, real time livestream access to must-see events and the biggest names in film, television, music, journalism and fashion at the 2018 festival. The real time access provides a window for festival goers at home or anywhere to be a part of the candid conversations with such stars as Evan Rachel Wood, Spike Lee, Thandie Newton, Alec Baldwin, Jamie Foxx, Paris Hilton, Nathan Lane, Christine Baranski, André Leon Tally, Antonio Banderas and James Marsden among many others.

Audiences from around the world will be able to join the star-studded cast of Westworld for a conversation about the anticipated new season and experience the conversation with the world’s most respected journalists following the gala closing night film The Fourth Estate. The 2018 Tribeca Film Festival will run from April 18-29 and is presented by AT&T.

6:00 PM: John Legend with Sara Bareilles (Tribeca Talks: Storytellers) – Join in a conversation when Sara Bareilles interviews celebrated singer, songwriter, actor, and producer, John Legend who has been releasing billboard hits since his debut album Get Lifted in 2004. He’s earned a total of ten Grammy Awards. John Legend also formed a film and television production company, Get Lifted, in 2014, and executive produced and starred in La La Land and the hit television show, Underground. He won an Oscar and a Golden Globe for his song “Glory” in Selma. In addition to his work in music and film, Legend is also well known for his philanthropic work in education and criminal justice reform. He founded #FREEAMERICA, a campaign designed to change the national conversation of our country’s misguided policies and to make a change in America’s criminal justice system.

9:40 PM: Westworld (Tribeca TV) – Join the cast and creators for a conversation about Westworld, following the season two New York Premiere at Tribeca of the smash hit from HBO, as it continues on its dark odyssey about the dawn of artificial consciousness and the evolution of sin. Featured will be co-creators, showrunners, and directors Jonathan Nolan and Lisa Joy, along with cast-members Evan Rachel Wood, Thandie Newton, Jeffrey Wright, and James Marsden.

6:30 PM: Rest In Power: The Trayvon Martin Story (Tribeca TV) – Join in the conversations about the world premiere of a new mini-series from Paramount Network looking at the life and legacy of Trayvon Martin. The new series, Executive Produced by Shawn JAY – Z Carter, presents the definitive look at one of the most talked-about, controversial events of the last decade. MSNBC’s host Joy Reid moderates a conversation with co-directors Julia Willoughby Nason and Jenner Furst, the parents of Trayvon Martin, Sybrina Fulton and Tracy Martin, executive producers Mike Gasparro and Chachi Senior, and a special guest.

6:00 PM: Bradley Cooper and Robert De Niro (Tribeca Talks: Storytellers) – Academy Award nominee Bradley Cooper and Robert De Niro will sit down to discuss Cooper’s career as an actor, producer and now director; from his early work in acclaimed comedies such as Wet Hot American Summer, Wedding Crashers and The Hangover trilogy, to his impactful dramatic turns in Silver Linings Playbook and American Sniper, which led to him becoming the tenth actor to receive an Academy Award nomination three years in a row. Most recently, Cooper has been working on his directorial debut, a modern adaptation of A Star is Born, which he also produced, co-wrote, and stars in alongside Lady Gaga. Cooper and De Niro have worked together on such films as Silver Linings Playbook, American Hustle, Joy and Limitless which was their first picture together.

6:00 PM: Jamie Foxx (Tribeca Talks: Storytellers) – Prolific actor, musician, and comedian Jamie Foxx is a Hollywood triple threat and the subject of this special Tribeca Talk. Perhaps his most iconic role as an actor, his portrayal of musician Ray Charles in the biopic Ray, landed him an Academy Award, a Golden Globe, and a BAFTA in 2005. The very same year, Foxx was nominated for a second Oscar for his acting in the film Collateral, making him only the second man in history to receive two acting Oscar nominations in the same year for two different roles. In addition to film, Foxx is a GRAMMY award-winning musician, producing four albums that have charted the top ten of the US Billboard 200. Recently, Foxx has taken on the dual role of host and executive producer for the game show Beat Shazam, which will have its second season premiere in May on FOX, and he will also be appearing in Robin Hood, scheduled for theatrical release in November.

8:45 PM: Alec Baldwin and Spike Lee (Tribeca Talks: Storytellers) – Alec Baldwin and Spike Lee, two of the industry’s most prolific storytellers, will sit down and discuss in great detail their passionate and reverential relationship to film: their favorite movies of all time, the films that have influenced them as creators, and the power of storytelling. Spike Lee is an Academy Award-winning director, producer, writer, actor and activist and NYU Grad Film Tenured Professor, best known for his groundbreaking and acclaimed films, Do The Right Thing, Malcolm X, 4 Little Girls, When The Levees Broke,25th Hour and Inside Man. Alec Baldwin is a critically acclaimed actor, writer, producer, and activist, most recognizable for his roles in Beetlejuice, The Hunt for Red October, Glengarry Glen Ross, 30 Rock, and Saturday Night Live. He is also the hosts of his podcast, Here’s the Thing, for WNYC radio and is the author of three books.

9:35 PM: The American Meme (World Premiere – Special Screening) – Paris Hilton, the Fat Jew, Kirill Bichutsky, and Brittany Furlan have all used social media to achieve massive internet fame. But, is it worth it? Join in a conversation following the world premiere of the documentary The American Meme with director Bert Marcus, subjects Paris Hilton, Kirill Bichutsky, Brittany Furlan, The Fat Jew and Hailey Baldwin.

2:00 PM: Writing & Showrunning for TV (Tribeca Talks: Master Class) American television writing duo, Robert and Michelle King, will sit down with The Daily Show Executive Producers Steve Bodow and Jennifer Flanz, to discuss what it takes to write and produce a compelling show and the grit required to churn out episodes that feel timely and fresh. The Kings are a Golden Globe Award and Emmy Award-nominated writing team. Their work on their two major hit series The Good Wife and The Good Fight touch on a wide range of issues, from political corruption to cyber-security — making their shows simultaneously gripping and true to life. Bodow and Flanz have collectively won over 20 Primetime Emmy Awards for The Daily Show’s hilariously cutting political satire, garnering remarkable success and notoriety for the show.

Every Act of Life Rest In Power: The Trayvon Martin Story The American Meme The Fourth Estate The Gospel According to André