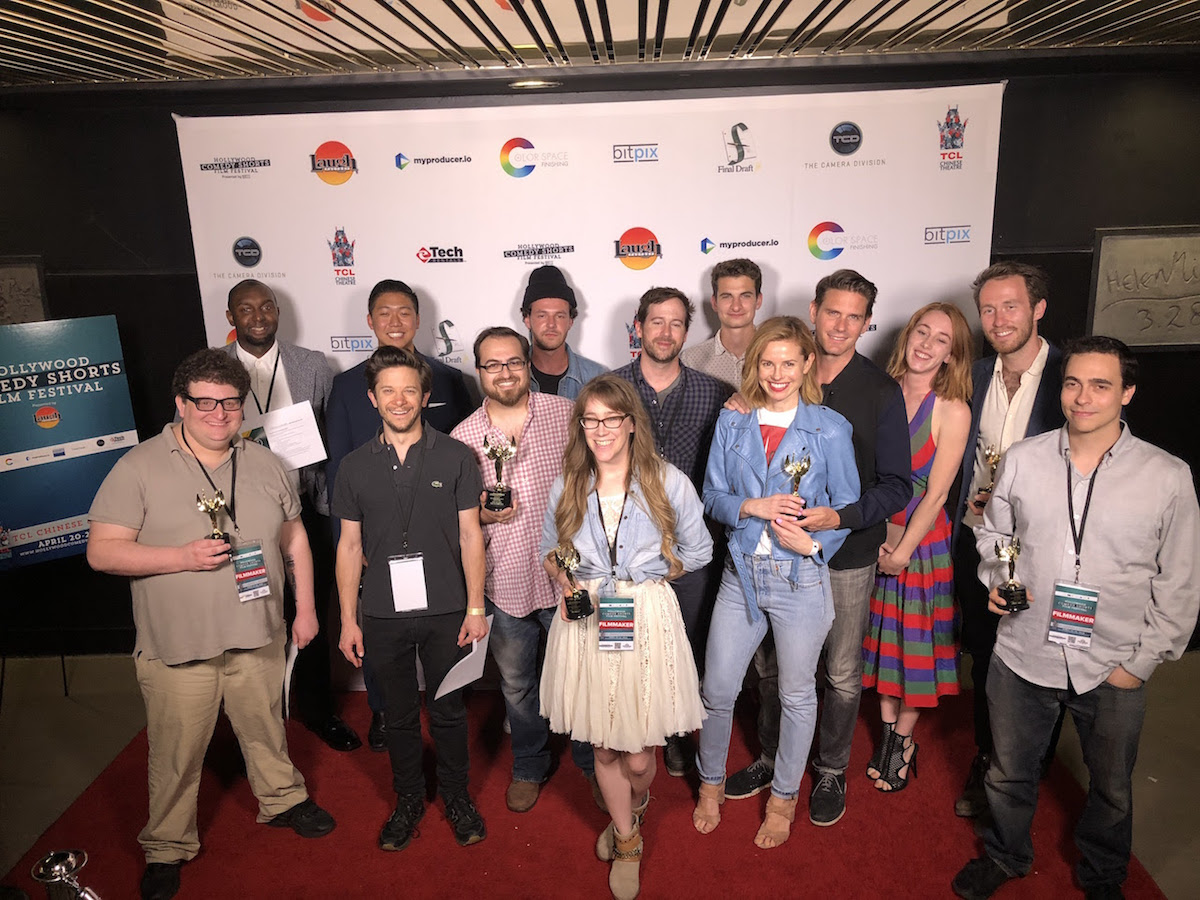 The 3rd Annual Hollywood Comedy Shorts Film Festival Presented by the Laugh Factory came to a close this past Sunday to a rousing success held at the TCL Chinese 6 Theaters. The festival announced the 2018 Award Winners in a special sold-out ceremony hosted by comedian Allene Quincy.

The night’s big winner was  “THE ACCOMPLICE” by Directors Jon Hoeg and John F. Beach who took home Best of Fest Award. Best Short Script went to Alexandra Marshall for her film “TIL DEATH,” and Best Feature script winner was Cedric Shelton for his script “I AM MY BROTHERS KEEPER.”

The next year’s Festival will expand with the dates: April 19-21, 2019. The winners and films can be currently viewed on the streaming channel BITPIX.

FEATURE SCRIPT WINNER- “I AM MY BROTHERS KEEPER” by Cedric Shelton

BEST OF THE FEST- “THE ACCOMPLICE” by Jon Hoeg and John F. Beach