SERVED LIKE A GIRL Chronicling Female Veterans Competing for Ms. Veteran America to Premiere on PBS on Memorial Day [Trailer] 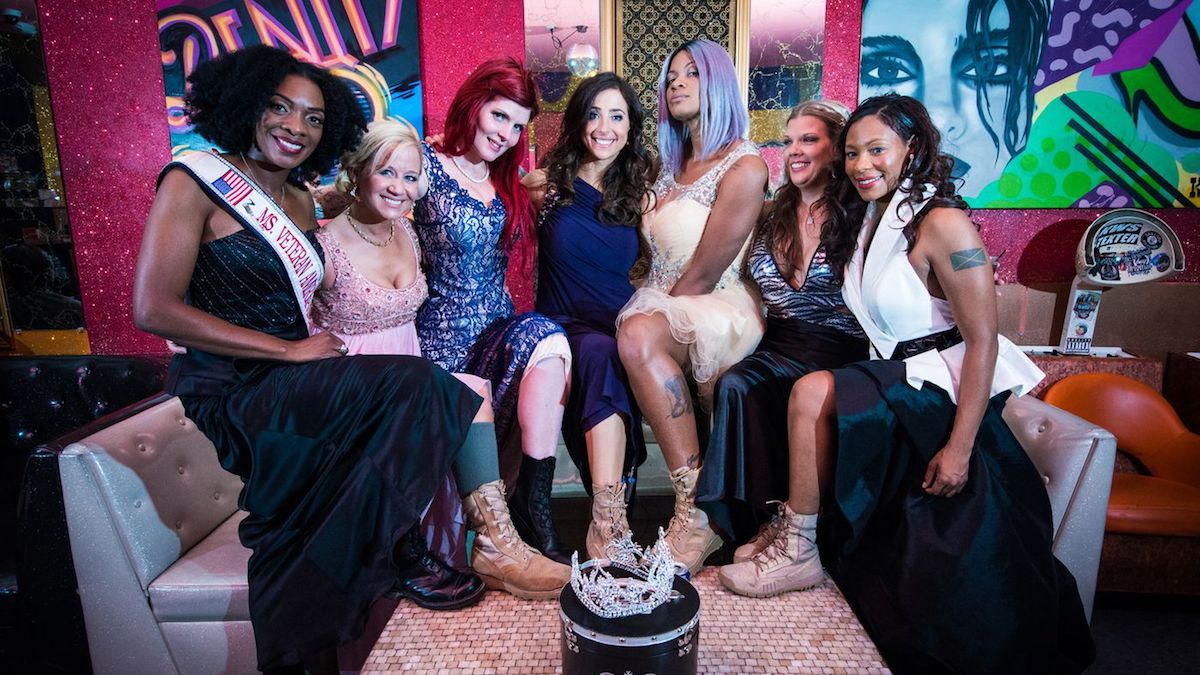 Served Like a Girl, directed by Lysa Heslov, is a powerful and poignant look at a group of diverse female veterans as they transition from active duty to civilian life after serving tours of duty in Iraq and Afghanistan. Struggling with PTSD, homelessness, broken families, serious illness, physical injuries, and military sexual abuse, these inspiring women find ways to adapt to the challenges they face through participation in the “Ms. Veteran America” competition. Guided by event founder and veteran Major Jas Boothe, the women work hard to prepare for the competition, and, in the process, recover parts of their identities they had lost on the battlefield. Filled with humor and heart in equal measures, Served Like a Girl premieres on Independent Lens on Memorial Day, Monday, May 28, 2018, 10:00-11:30 PM ET on PBS.

Wounded U.S. female service personnel often return home to a stark reality; many face debilitating emotional, social and economic challenges. The Ms. Veteran America competition was established in 2012 to encourage women veterans to recognize and support their sisters as they return to civilian life. More than a vehicle for shared recovery, the competition’s main mission is to raise funds and awareness for America’s 55,000 homeless women veterans, a goal that resonates strongly with the women profiled in the film.

Sergeant Nichole Alred served six years in the Army as a mechanic, including one tour in Kuwait and two in Iraq. Nichole joined the Army as a single mother in an effort to give her son a better life. Nichole and her mother share a special relationship; her mother was her biggest supporter during both her time in the military and in the Ms. Veteran America competition. Nichole lives in Alabama with her husband.

Major Jas Boothe is a Chicago native, disabled veteran, cancer survivor, and international speaker who served 17 years in the Army. She founded Final Salute in 2010 and the Ms. Veteran America competition in 2012, which have collectively raised over $2 million and assisted over 3600 women veterans and children in over 30 states and territories. In honor of her leadership and positive impact on the community, Boothe has been recognized by Oprah Winfrey, Toyota, People Magazine, CNN Heroes, and the Department of Defense. She lives in Northern Virginia.

Lieutenant Commander Rachel Engler is second-generation Navy on both her mother and father’s side. A former NFL cheerleader and a registered nurse, she received her officer’s commission straight out of college and deployed to Afghanistan. In 2011, she was diagnosed with a chronic neuromuscular illness called Myasthenia Gravis, a condition that still affects her life today, but which hasn’t slowed her volunteer work on behalf of her fellow veterans. She lives in Arlington, Virginia.

Master-at-Arms First Class Hope Garcia served ten years in the Navy before being placed on the Permanent Disability Retired list. She struggles with PTSD and the trauma resulting from military sexual assault. But Hope continues to work for a better life for herself and her sons. At the time of filming Hope was working her way through school while attempting to build a career as a pin-up model. Through participating in the Ms. Veteran America competition, Hope was reunited with her mother and the two were able to start rebuilding their relationship. She lives in Los Angeles.

Master Sergeant Denyse Gordon comes from a family with a long and proud history of military and civic service. Her maternal grandfather served during WWII, her stepfather was a Vietnam- era veteran and served in the U.S. Navy, her sister is a U.S. Army Reserve Captain who is a veteran of both the Gulf War and Operation Enduring/Iraqi Freedom, her mother retired as an Executive Officer with the New York City Police Department Traffic Division, and Denyse, who is also an Operation Enduring/Iraqi Freedom combat veteran, is a 22-and-a-half-year U.S. Air Force Reserves Master Sergeant, having served 12 years on active duty. In 2012, she was crowned the first Ms. Veteran America and continues with the competition as its director. She lives in Northern Virginia.

Specialist Marissa Strock lost both lower legs in 2005, when an IED detonated beneath her Army Humvee outside Baghdad. Three of the five people on board were killed, and Marissa spent weeks in a medically induced coma. After competing in Ms. Veteran America 2013 and taking home three trophies, including one for significant military achievement, this self-proclaimed “glamputee” has served as the event’s master of ceremonies in subsequent years. She has an impressive collection of fabulous shoes and refuses to let the loss of her legs slow her down. She lives in West Bloomfield, Michigan.

Sergeant Andrea Waterbury enlisted in the Army two days after 9/11 and was deployed in Iraq for two years starting in 2003. A dynamic, small-town woman and divorced mother of four, she works as the Cavalier Cadet Corp instructor at Chillicothe High School in Ohio and continues to serve proudly in the Army Reserves.