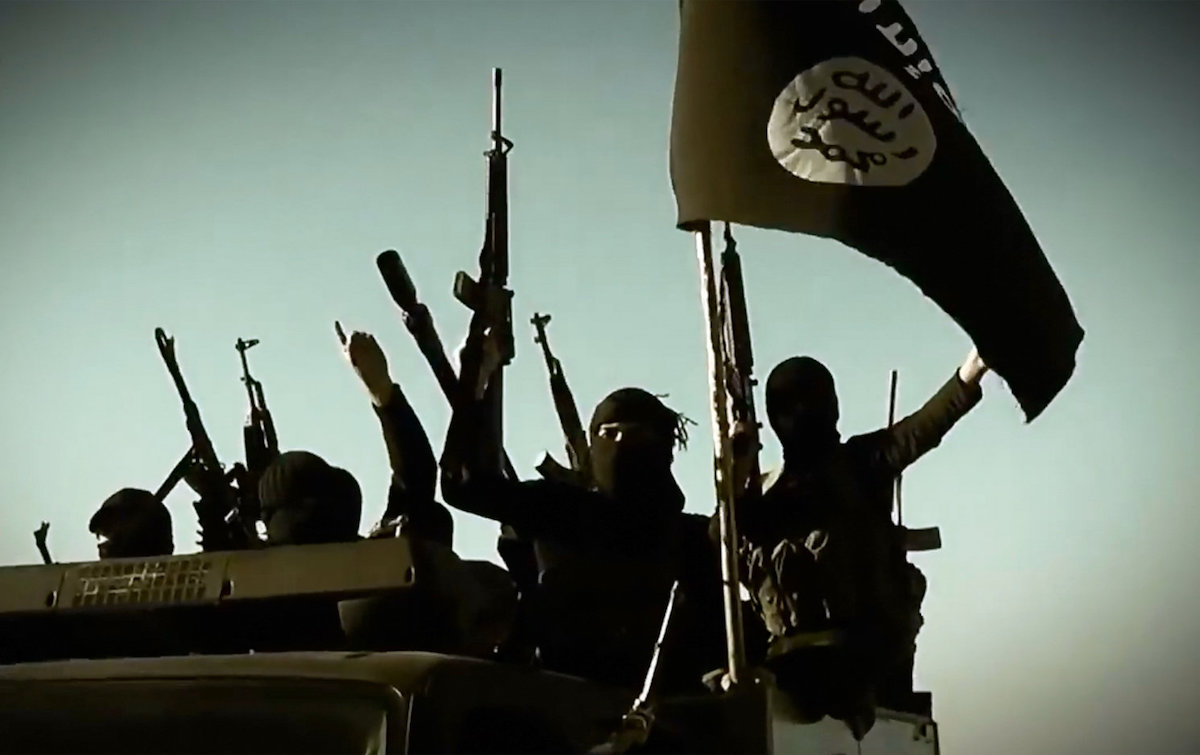 In the original documentary series, “Hunting ISIS,” History follows a group of veteran and civilian volunteers who travel to Syria and Iraq to fight against ISIS alongside local militias.  The 6-episode series premieres on Tuesday, May 29 at 10pm ET/PT. Following its broadcast on History, the series will air on Viceland on Sunday, June 3 at 10pm ET/PT. ”

The terrorist organization known as ISIS emerged as a menace in the Middle East years before most in the West took notice of their attacks abroad. More brutal than Al Qaeda before them, ISIS took advantage of chaos caused by Syria’s still-raging Civil War and the United States’ withdrawal from Iraq to recruit heavily in the region. In 2014, the world watched as they swept across Iraq and Syria, capturing wide territories and ruthlessly killing or enslaving anyone who showed signs of resistance as they declared themselves the “Islamic State.” Local forces backed by a U.S.-led coalition of western military powers began fighting back, but progress has taken years.

Not content to sit back and watch ISIS devastate the Middle East from afar, scores of western volunteers have since traveled to region to join the fight against the terrorist group. Through the eyes of American fighters embedded with the Kurdish YPG militia in Syria, and medics supporting a coalition of local forces in Iraq, “Hunting ISIS” follows these men as they begin the difficult push to retake ISIS’ capital cities.

Completely unpaid and unsupported by their governments, western volunteers have many reasons for joining the fight. Some are military veterans craving the familiar adrenaline rush and brotherhood of combat, who shoulder a sense of unfinished business in the Middle East. Some are civilians eager to test their mettle while searching for a greater purpose. All are united in their determination to defend the innocent and end the atrocities being committed by ISIS. With unprecedented access, this documentary series witnesses their unique role in one of the defining conflicts of our time, exploring what’s driving these men to war.

Filmmaker and award-winning photographer Sebastiano Tomada built his career documenting conflict in some of the world’s most volatile warzones. “Hunting ISIS” is the culmination of over two years embedded in the trenches in Iraq and Syria, granting visceral, intimate access to the front lines of the war against ISIS and those individuals who give up everything to fight it.

ROBIN WILLIAMS: COME INSIDE MY MIND, Intimate Documentary on Comedy Genius, to Premiere on HBO in July