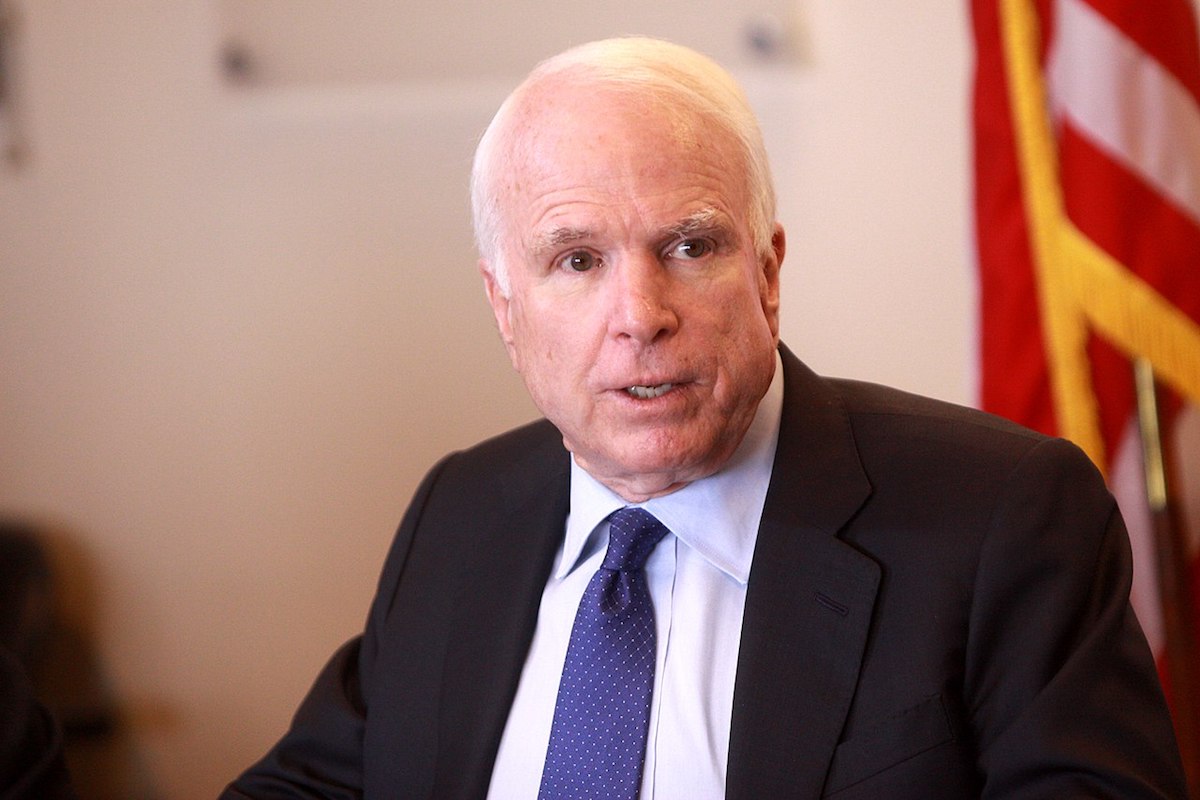 HBO has set the debut date for and confirmed the title – John McCain: For Whom the Bell Tolls – of the previously announced documentary about Senator John Sidney McCain, III.   Produced and directed by six-time Emmy(R) winner Peter Kunhardt, along with Emmy(R) winners George Kunhardt and Teddy Kunhardt, the film is described as an illuminating, exclusive profile of one of the most influential forces in modern American politics.

Mesmerized at 12 years old by Ernest Hemingway’s “For Whom the Bell Tolls,” Sen. McCain has used the book as a guide for his life. This sweeping account draws on his own voice, culled from original interviews, commentary and speeches, archival newsreel and television footage, and previously unseen home movies and photographs. Recounting everything from his years spent as a prisoner of war during the Vietnam War to running for president, the documentary paints an important portrait of an American maverick who has never lost courage and has kept his eye on America’s most important goals.

John McCain’s life is a story of triumph, defeat and resilience? – ?Six decades of, in his words, “imperfect service to my country,” in which the mistakes he made were redeemed by the risks he took and the sacrifices he made for the county he loves.

“I think all of us think about death, but I think more about life,” says Sen. McCain. “There are so many days in my life that are more than coincidental. That it has made me believe that I am here for a reason. I’ve been tested on a number of occasions. I haven’t always done the right thing. And I think I understand given my family’s history and given my experiences, the important thing is not to look back and figure out all the things I should have done? – ?and there’s lots of those? – ?but to look back with gratitude. You will never talk to anyone that is as fortunate as John McCain.”

McCain’s recent battle with brain cancer underscores the fighting spirit and resilience of this remarkable man, who continues to crusade for the causes he believes in, despite advancing health issues and daunting odds.

John McCain: For Whom the Bell Tolls

2018 Human Rights Watch Film Festival to Showcase 15 Films - 12 Directed by Women, Opens with ON HER SHOULDERS