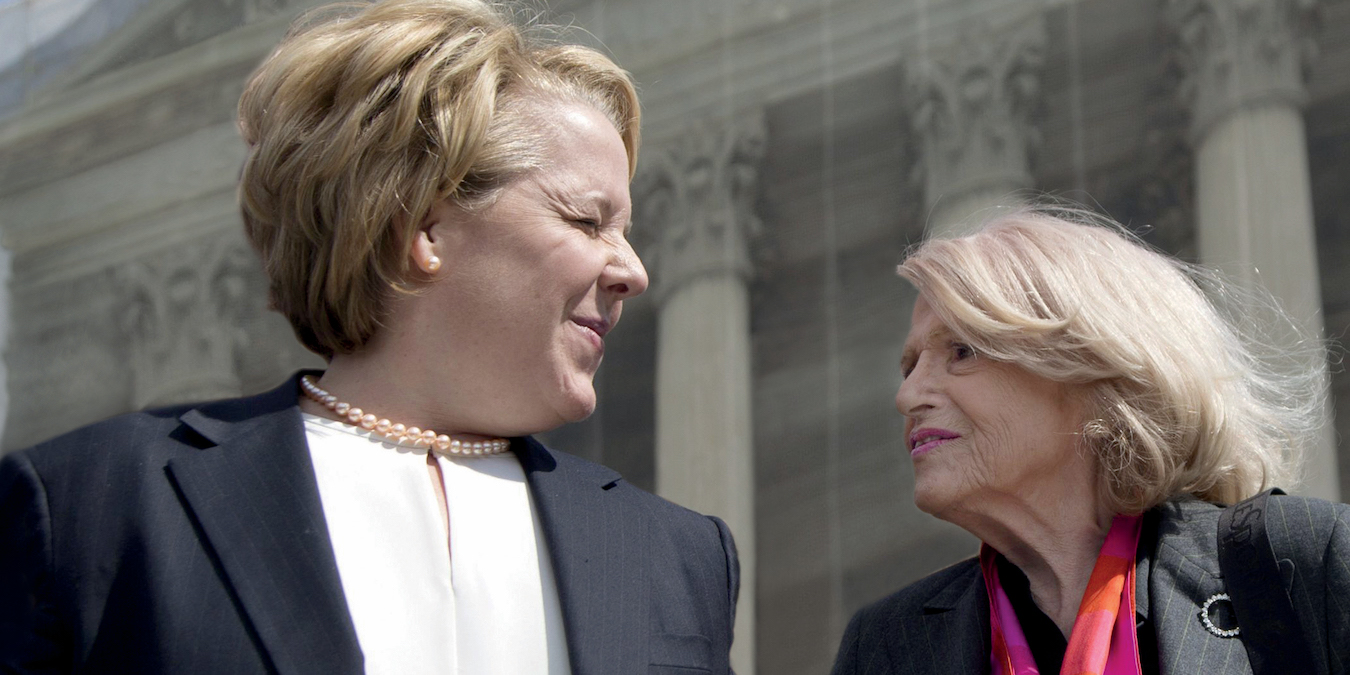 “It is a true privilege to be working with Donna and the Ferrodonna team on this brilliant and important film” said CineLife Entertainment’s Managing Director Mark Rupp. “We look forward to bringing Edith Windsor’s story to a discerning audience on big screens across the US for Pride Month.”

“To A More Perfect Union: U.S. V. Windsor” shares a rich tapestry of love, marriage, and a fight for equality. The film chronicles unlikely heroes — octogenarian Edie Windsor and her attorney, Roberta Kaplan, on their quest for justice. Upon the death of her spouse Thea Spyer, Windsor was forced to pay a huge estate tax bill because the government denied federal benefits to same-sex couples. Windsor became a renowned LGBTQ civil rights advocate when she chose to sue the United States government to recognize her more than 40 year union– and won. Windsor and Kaplan’s legal and personal journeys go beyond the story of this pivotal case in the marriage equality movement as Zaccaro tells the story of our journey as a culture, and as a country that promises its citizens equal rights for all.

“To A More Perfect Union: U.S. V. Windsor” Director/Producer Donna Zaccaro is the Founder & President of Ferrodonna Features Inc., a non-profit film production company with a mission of producing films about women, women’s issues, and social justice issues. Previously, Zaccaro Directed/Produced “Geraldine Ferraro: Paving the Way,” the critically acclaimed documentary about the trailblazer who made history as the first woman to run for national office on a major party ticket, which debuted on Showtime. Prior to founding her media production company, Zaccaro was an award-winning producer for the “Today” show at NBC News.