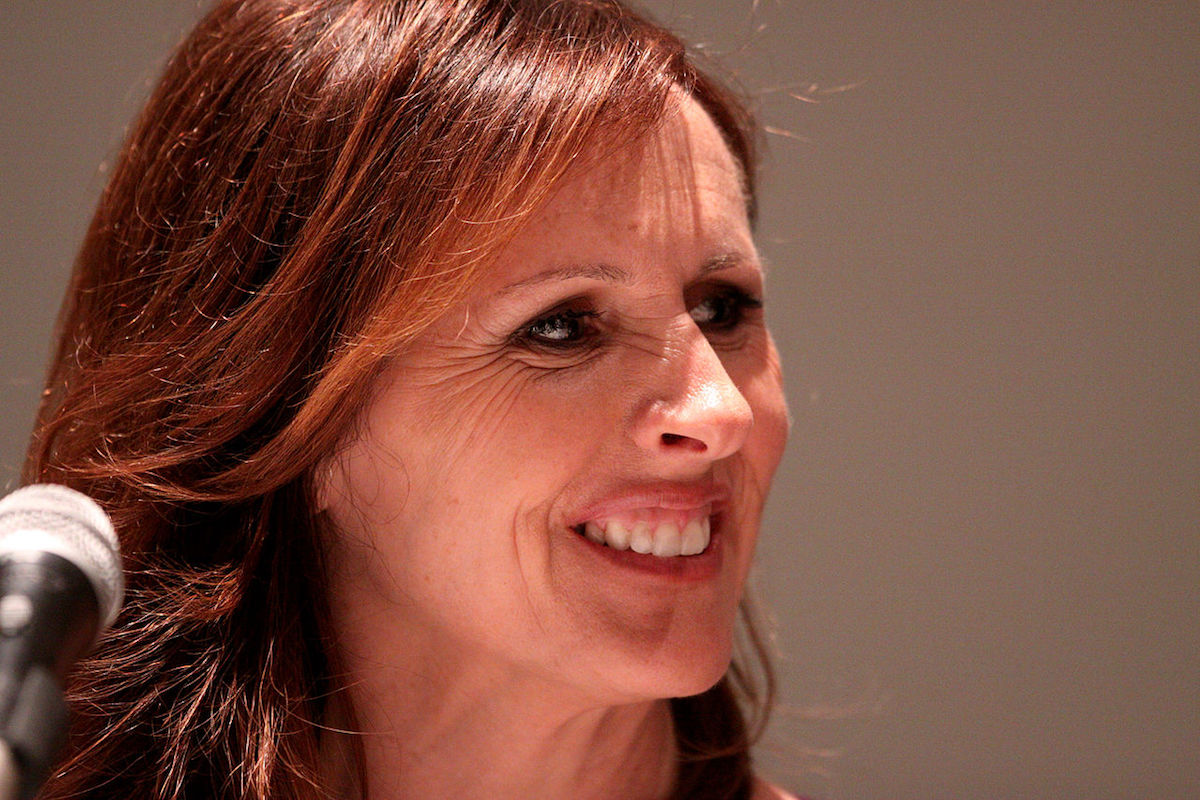 Actress Molly Shannon will receive the festival’s Excellence in Acting Award at the upcoming 2018 Provincetown International Film Festival on Saturday, June 16, in conversation with author and film scholar B. Ruby Rich at Provincetown Town Hall.

Shannon spent six seasons as a member of the repertory company on “Saturday Night Live,” during which she created iconic characters such as Mary Katherine Gallagher and Sally O’Malley. In 2000, she received an Emmy nomination on behalf of her work on the show.

On television, Shannon was most recently seen starring in the second season of the hit HBO series, “Divorce,” in addition to making guest appearances on NBC’s revival of “Will & Grace,” the “Wet Hot American Summer” miniseries for Netflix, which served as a prequel to the cult comedy classic film of the same name (which Shannon also starred in), “Enlightened” for which she received her second Emmy nomination, “Raising Hope,” among many others.

In 2016, Molly received critical acclaim and an Independent Spirit Award for “Best Supporting Actress” for her emotional performance in Chris Kelly’s film, OTHER PEOPLE. This year, Shannon is earning praise for her leading role of Emily Dickinson in Madeleine Olnek’s dramatic comedy, WILD NIGHTS WITH EMILY. The film will open the festival. Other on-screen film credits include the independent dark comedy THE LITTLE HOURS; Sundance Grand Jury Prize winner ME, EARL AND THE DYING GIRL; Sofia Coppola’s MARIE ANTOINETTE; Ron Howard’s HOW THE GRINCH STOLE CHRISTMAS; and the cult classic WET HOT AMERICAN SUMMER.

“Comedy, drama, film, television, Broadway… you name it, Molly Shannon can do it. We’ve been enormous fans for years and are thrilled to honor the singular talents of Molly Shannon at our 20th anniversary festival,” said Andrew Peterson, PIFF’s Director of Programming.

Additionally, the festival announced that editor, author and radio host Kim Masters will give the keynote address at this year’s Evan Lawson Filmmakers’ Brunch. Masters is editor-at-Large of The Hollywood Reporter and host of KCRW’s The Business. A former correspondent for NPR and “Entertainment Journalist of the Year,” she has also served as a contributing editor at Vanity Fair, Time and Esquire, and was a staff reporter for the Washington Post. Masters will speak on her experience in the film industry, being a voice in the #MeToo and Time’s Up movements, and what will come next for gender equity after the revelations of abuse in Hollywood.

Held each Sunday of the festival, the fifth annual breakfast supports the Gabrielle A. Hanna Film Institute and its mission of supporting underrepresented filmmakers and artists.

“Kim Masters’ extensive reporting and insider knowledge of Hollywood puts her in the unique position to provide context and meaning at a critical juncture for race and gender equity in U.S. entertainment media,” said Christine Walker, Executive Director of PIFF and CEO of the Provincetown Film Society. “For those who believe that the Weinstein story is only relevant to a rarefied group of individuals, Masters’ insight will help dispel that notion.”

MODERN LOVE LIVE, presented by WBUR and The New York Times
Friday, June 15, 6:30pm at Town Hall
Join WBUR and The New York Times in this very special event at the Provincetown Film Festival, where the joys and tribulations of love come to life during Modern Love Live, a live recording of their hit podcast based on the popular New York Times column. This exceptional evening will include Modern Love essay readings by Chloë Grace Moretz (THE MISEDUCATION OF CAMERON POST, KICK-ASS), Cory Michael Smith (Gotham, CAROL, WONDERSTRUCK, 1985) and Amy Seimetz (WILD NIGHTS WITH EMILY, The Girlfriend Experience), hosted by WBUR’s Meghna Chakrabarti, and accompanied by live sound recording. Live music by will also be featured.
*Hosted by WBUR’s Meghna Chakrabarti

PIFFtalks: ALL ABOUT EMILY: REIMAGINING A LIFE
Thursday, June 14, 10:00am at Provincetown Theater
Join the WILD NIGHTS WITH EMILY creative team, including director Madeleine Olnek and actress Amy Seimetz, for a lively conversation about adapting the life and loves of Emily Dickinson into a raucous and unexpected comedy. With extensive research, Olnek pieced together a thoroughly original story from the poet’s writings and scholarship on Dickinson. After seeing WILD NIGHTS WITH EMILY and hearing the stories about the film’s creation you’ll never look at Emily Dickinson the same again!
*Moderated by Janice Page, Film Editor, The Boston Globe

PIFFtalks: CONVERSATION WITH CHLOË GRACE MORETZ, NEXT WAVE HONOREE
Friday, June 15, 12:00pm at The Pilgrim House
Sundance Film Festival Director John Cooper returns to Provincetown to be in conversation with 2018 Provincetown Next Wave Honoree Chloë Grace Moretz as they discuss her career, including her leading role in the Sundance Grand Jury Prize winning film THE MISEDUCATION OF CAMERON POST. Given the amazing directors with whom Chloë’s collaborated (Martin Scorsese, Tim Burton, Kimberly Pierce, Neil Jordan and Luca Guadagnino, among many others), there should be a lot to discuss. Come hear and meet one of the best young actors working in Hollywood. Tickets include a post-conversation reception.
*Chloë Grace Moretz will be in conversation with Sundance Film Festival Director John Cooper

PIFFtalks: CONVERSATION WITH CHRISTINE VACHON
Saturday, June 16, 10:00am at Provincetown Theater
Christine Vachon was our second ever Filmmaker on the Edge honoree (in 2000) and she was already a major force in the independent film scene. The industry has changed immensely since then, yet Christine’s passion for producing groundbreaking films and her ability to shepherd fiercely independent projects has only flourished. Christine Vachon, returns to Provincetown to share tales of her illustrious career over the past two decades with no sign of letting up. Her extensive credits include: POISON, BOY’S DON’T CRY, HEDWIG AND THE ANGRY INCH, FAR FROM HEAVEN, STILL ALICE, and CAROL.
*Christine Vachon will be in conversation with journalist and author Mark Harris

PIFFtalks: AN ARTIST’S PERSPECTIVE
Sunday, June 17, 10:30am at Waters Edge 2
Director Ondi Timoner brings her narrative debut MAPPLETHORPE to Provincetown for Closing Night and we want to hear her perspective on creating a film about a seminal figure in the art world. Jo Hay is a celebrated artist working in Provincetown and the subject of a new short film by Lois Norman. We welcome these filmmakers and artists to discuss their work, their inspiration, and their challenges, as they find a way to tell their fascinating stories.
*Moderated by Steven Raphael, Founder/President, Required Viewing