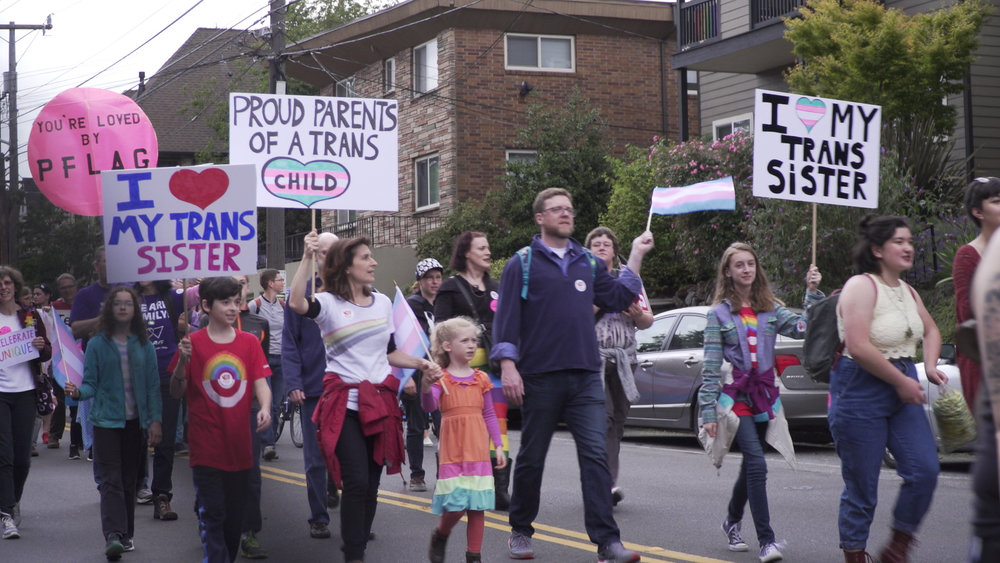 The Most Dangerous Year, a new documentary by Vlada Knowlton, about transgender fight in Washington state, will world premiere at the 2018 Seattle International Film Festival on May 29 and June 2.

In early 2016, when a dark wave of anti-transgender “bathroom bills” began sweeping across the nation, The Hu-man Rights Campaign published a report identifying 2016 as the most dangerous year for transgender Americans. In Washington State six such “bathroom bills” were introduced in the State Legislature. Documentary filmmaker Vlada Knowlton captured the ensuing civil rights battle from the perspective of a small group of embattled parents as they banded together to fight a deluge of proposed laws that would strip away the rights of their young, trans-gender children. As one of the parents, Knowlton presents an intimate portrait of her own struggle to protect her 5-year-old transgender daughter from laws inspired by hate and fear.

From tension-filled Senate hearings in Olympia to intimate household settings of the families involved; from thought provoking conversations with key lawmakers to elucidating facts explained by leading scientists – The Most Dangerous Year explores the transgender civil rights battle in all its richness and complexity. While the film follows the story and outcome of anti-transgender legislation in Washington, it culminates in a moving victory for Knowlton and the other families who, it turns out, won the battle before it even began. They won the moment they made the decision to accept and support their kids for exactly who they are

ABOUT THE DIRECTOR: Vlada Knowlton

Vlada is a Seattle-based filmmaker. Her first documentary feature, HAVING IT ALL, was selected by Washington’s PBS station, KCTS9, as the anchor program for its “Women Who Inspire” series in August, 2015, and went on to also be broadcast by Oregon Public Broadcasting. Its online premiere, presented by the organizations Flexjobs and 1 Million For Work Flexibility, was a press-covered event that included a panel discussion with Kelly Wallace of CNN. Her current documentary, The Most Dangerous Year, was awarded the Professional Grant from Women in Film Seattle and an Open 4Culture Grant. Prior to becoming a filmmaker Vlada worked at Microsoft. She holds a B.Sc. in Psychology from McGill University and a Ph.D. in Cognitive Science from Brown University.

The Most Dangerous Year