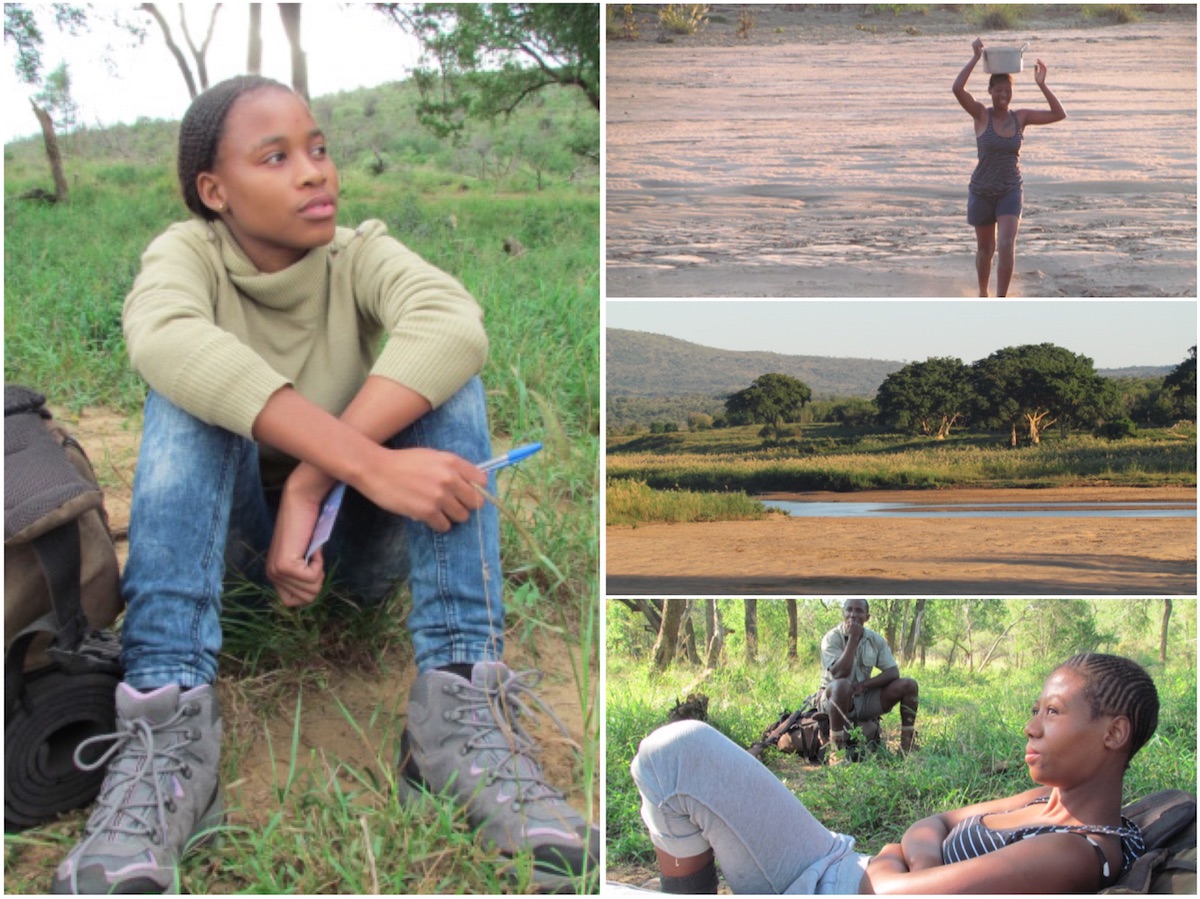 Set in the iMfolozi wilderness, South Africa, in the oldest game park in Africa, the iconic Hluhluwe-iMfolozi park, where the White Rhino was saved from extinction, Sisters of the Wilderness tells the story of five young Zulu women venturing into the wilderness for the first time on a journey of self-discovery, reminding them that we are all intimately linked to nature.

Sisters of the Wilderness, a new South African social impact feature documentary, directed by award-wining filmmaker, Karin Slater, will have its world premiere at the Encounters South African International Documentary Festival in Cape Town and Johannesburg in June; with further festival screenings at the Durban International Film Festival and at the Nature, Environment, Wildlife Filmmakers (NEWF) Congress in Durban in July and at the Mzansi Women’s Film Festival in Johannesburg in August.

The film follows the women as they walk in big game country and camp under the stars, totally surrounded by wild animals. Exposed to the elements and carrying on their backs all they need for the journey, they face emotional and physical challenges, and learn what it takes to survive in the wild.

“We want to ‘transfer’ the audience to an ancient place where no barriers separate human and nature,” says creator / producer, Ronit Shapiro, of One Nature Films, whose experience in the iMfolozi wilderness and a meeting with South Africa’s legendary conservationist, the late Dr Ian Player, inspired her to make this film. “A journey into wilderness is an intense experience where one can expect to undergo a personal transformation and build leadership.”

Director Karin Slater says, “I was born in Empangeni and spent my early years, close to the iMfolozi wilderness. I have a deep love and connection to this area. I know what the wilderness has done for me over the years.”

Sisters of the Wilderness serves as a foundation for an outreach program that will use multiple platforms to re-connect global audiences with nature.

The film also explores the plight of this wilderness area threatened by an open-cast coal mine on its border, as well as the severe poaching that is decimating the rhino population here.

Sisters of the Wilderness