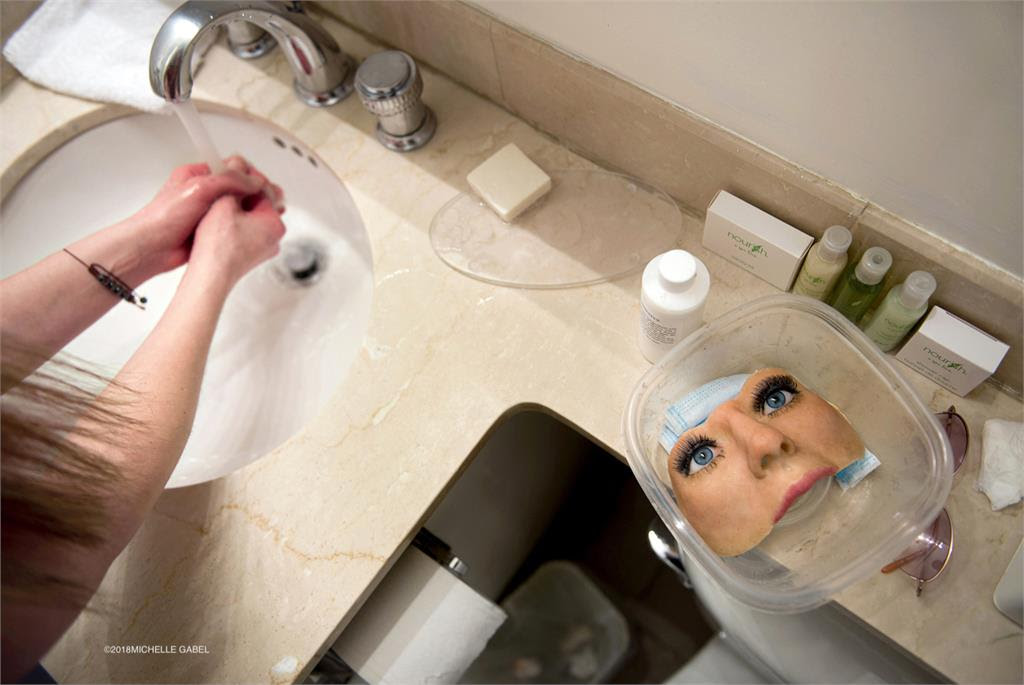 FACE TO FACE, the ground breaking immersive story/documentary/installation directed by the award-winning photo journalist, Michelle Gabel and co-directed by immersive storyteller/filmmaker Michaela Holland will world premiere at the Sheffield Doc/Fest beginning June 7 to 12, 2018.

FACE TO FACE is an intimate look at gun injury and human resilience. The film is an immersive documentary that blends years of photojournalism with virtual reality to create a three-act installation. This intimate look at gun injury and human resilience is based on the life of a woman who wears a facial prosthesis after a near fatal shooting accident. The installation will bring the viewer up close and personal, as we experience only a fraction of a day in the life of the main character. Years of photojournalism and interview audio is the foundation and cornerstone of this project. These traditional mediums work in tandem with a virtual reality piece as guests explore the film/installation.

FACE TO FACE was chosen from a record number of highest quality entries to be awarded the 2018 Alternate Realities Commission . It was awarded due to the project’s ability to push the boundaries of what is possible within factual storytelling and its strong commitment to innovation in the realm of non-fiction.

FACE TO FACE is a part of Sheffield Doc/Fest’s Alternate Realities programme, which is a leading forum for interactive, augmented reality, and virtual reality projects. Here, the festival explores game-changing forms of storytelling through experimenting with technology, for fully immersive experiences.

Image: Michelle in her daily ritual just before she puts her face on – in a scene from FACE TO FACE – an immersive documentary directed by Michelle Gabel and co-directed by Michaela Holland.