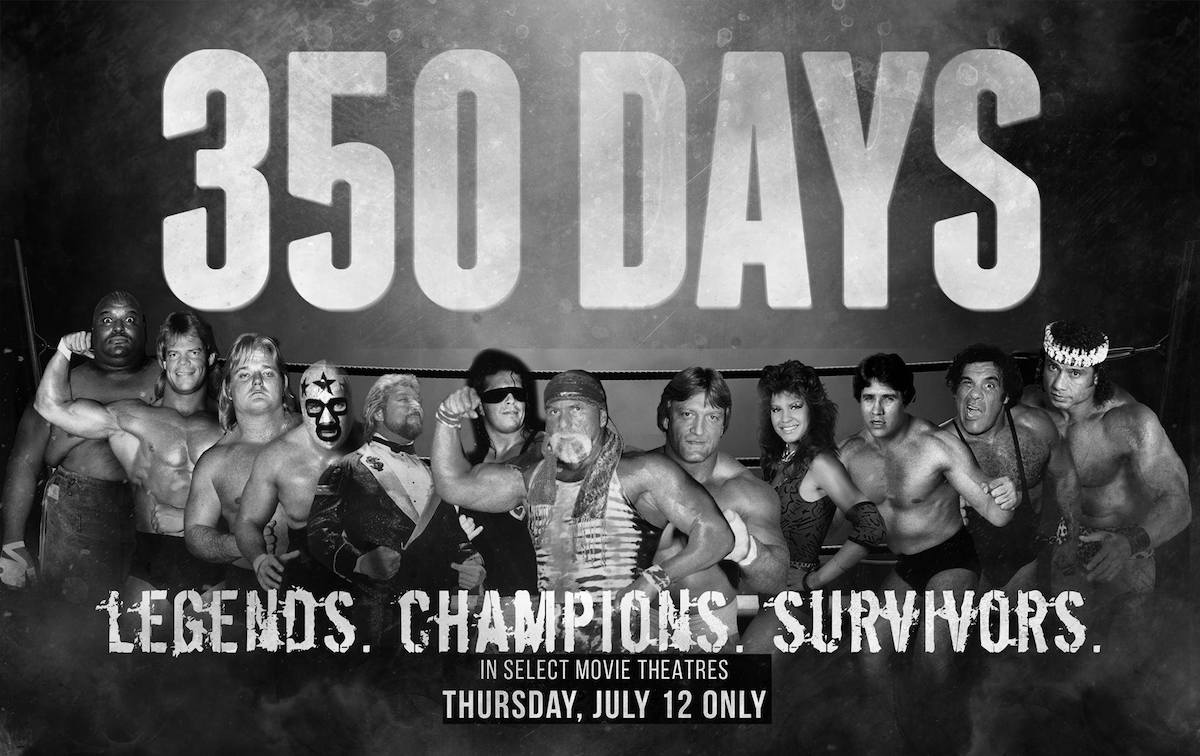 In addition to the documentary, this special one-night event will also present an exclusive introduction and interview with legendary wrestling manager JJ Dillon of The Four Horsemen to discuss the impact of the film and the current state of professional wrestling.

“’350 Days’ pulls back the curtain to give fans a unique look at the personal side of one of America’s most-watched sports – professional wrestling,” said Fathom Events CEO Ray Nutt. “There is no better way to experience this thrilling documentary than in a movie theater with other wrestling enthusiasts.”

Watch Trailer for ONCE WERE BROTHERS: ROBBIE ROBERTSON AND THE BAND, Produced by Martin Scorsese and Ron Howard
Watch Trailer for THE EARTH IS BLUE AS AN ORANGE, Ukranian Doc at Sundance 2020
Watch Trailer For THE NINE LIVES OF OZZY OSBOURNE, Ozzy Osbourne Documentary at SXSW
Guy Clark Documentary WITHOUT GETTING KILLED OR CAUGHT To Premiere at SXSW
Documentary 'COOKED: Survival by Zip Code' on Deadly 1995 Chicago Heat Wave to Debut on PBS
HBO Announces Documentary Lineup for First Half of 2020, WELCOME TO CHECHNYA, McMILLION$
Share this article ...