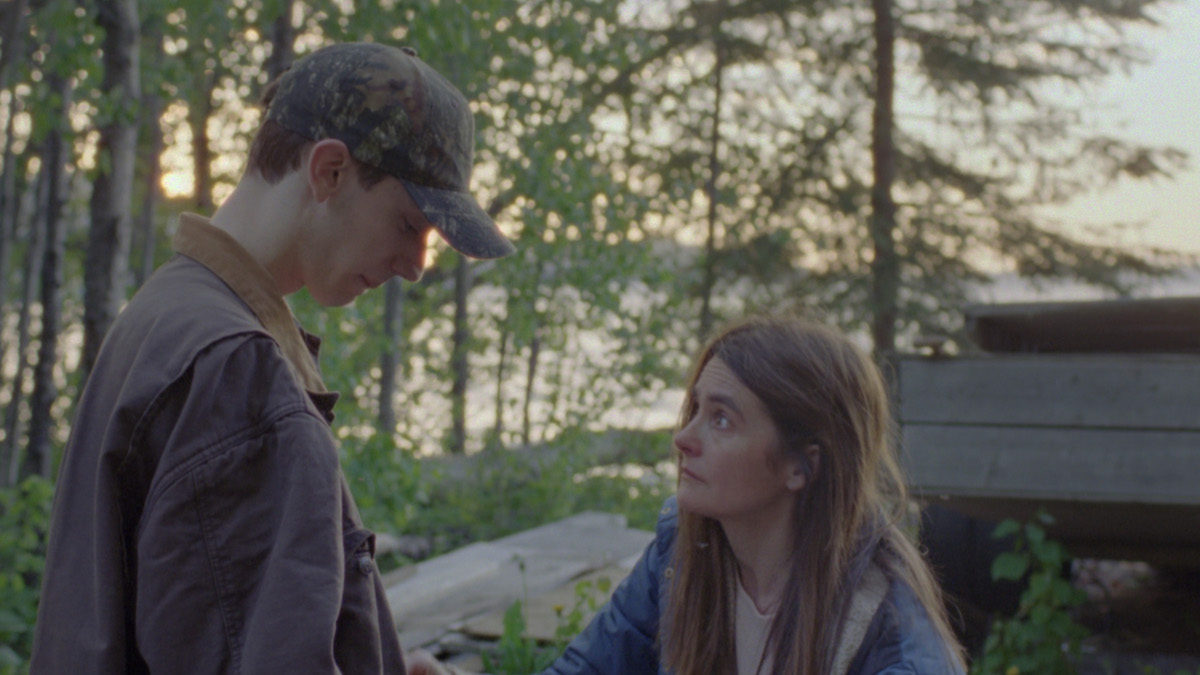 Never Steady, Never Still is a tender and heartbreaking story of a physically disabled mother and discontent son – each alienated from their world and struggling to manage in the face of grief, guilt and chronic disease. The film is set in the rugged and unforgiving rural north of British Columbia, Canada and the story spans an entire year in the lives of the characters. Having lived with Parkinson’s disease for almost two decades, Judy (Shirley Henderson) is faced with the heightened challenges of daily life when her husband and caregiver dies of a sudden heart attack on their isolated property on the shores of Stuart Lake. Meanwhile, her teenage son Jamie (Théodore Pellerin), pushed by his father to get a job on the oil fields, is terrified by the idea of filling his shoes at too young an age, and grappling with the daunting task of becoming a man in world that has no apparent room for weakness.