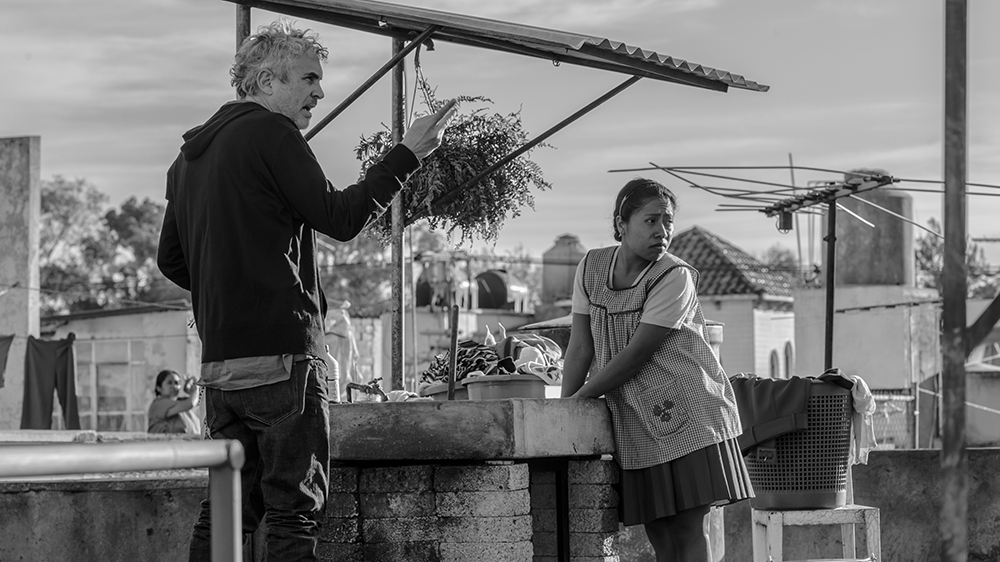 Alfonso Cuarón’s ROMA will have its New York premiere as the Centerpiece film of the 56th New York Film Festival at Alice Tully Hall on Friday, October 5, 2018. ROMA is a Netflix release and will launch globally and in theaters later this year.

In Alfonso Cuarón’s autobiographically inspired film, set in Mexico City in the early ’70s, we are placed within the physical and emotional terrain of a middle-class family whose center is quietly and unassumingly held by its beloved live-in nanny and housekeeper (Yalitza Aparicio). The cast is uniformly magnificent, but the real star of ROMA is the world itself, fully present and vibrantly alive, from sudden life-changing events to the slightest shifts in mood and atmosphere. Cuarón tells us an epic story of everyday life while also gently sweeping us into a vast cinematic experience, in which time and space breathe and majestically unfold. Shot in breathtaking black and white and featuring a sound design that represents something new in the medium, ROMA is a truly visionary work.

New York Film Festival Director and Selection Committee Chair Kent Jones said, “I was absolutely stunned by ROMA from beginning to end—by the craftsmanship and the artistry of everyone involved, by the physical power and gravitational force of the images, by the realization that I was seeing something magical: a story of ongoing life grounded within the immensity and mystery of just being here on this planet. Alfonso Cuarón’s film is a wonder.”

“I am honored ROMA has been selected for the Centerpiece slot at this year’s New York Film Festival,” said Cuarón. “NYFF has a longstanding history of celebrating meaningful and compelling filmmaking and it felt right to return to the festival with ROMA—an incredibly personal, illuminating, and transformative project for me.”