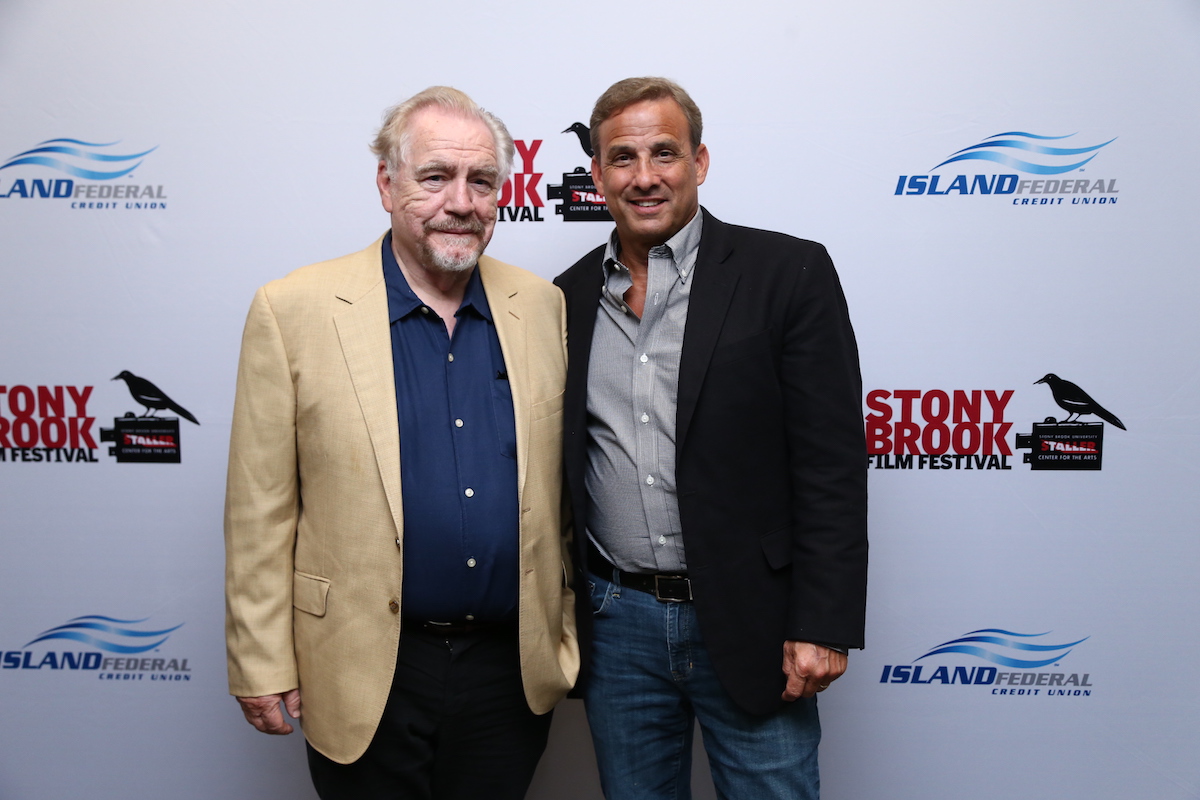 The Etruscan Smile, starring Brian Cox won the Grand Prize at the 23rd Annual Stony Brook Film Festival. It also stars Rosanna Arquette, Thora Birch, JJ Field, Peter Coyote, Treat Williams and twins Aero and Boom Epps. The Etruscan Smile is based on the bestselling book La Sonrisa Etrusca by Jose Louis Sampedro, with the story being transposed to Scotland and the United States. In it, a rugged old Scotsman reluctantly leaves his beloved isolated Hebridean island and travels to the U.S. to seek medical treatment. Moving in with his estranged son and workaholic daughter-in-law, he finds his life being transformed by a new-found bond with his baby grandson.

Alan Inkles, founder and director of the Stony Brook Film Festival announced additional awards at a reception at Staller Center for the Arts, Stony Brook University on Saturday, July 28. “We received so many enthusiastic responses from our astute audience members over the ten days of the Festival. The Etruscan Smile was hailed as a favorite. I was fortunate to have Brian Cox reach out to us just as we were finishing our schedule. He had been to the Stony Brook Film Festival for his film The Carer and was keen on having the U.S. Premiere of The Etruscan Smile at Stony Brook.”

Th Stony Brook Film Festival has awarded eight Grand Prizes in its 23-year history. The Etruscan Smile is the ninth to receive a Grand Prize.

U.S. Premiere – Romania – 100 min
Directed by Serge Ioan Celebidachi. Written by Serge Ioan Celebidachi and James Olivier. With Marcel Iures, Victor Rebengiuc, Eric Aradits and Alessia Tofan. The magical feature Octav centers on an elderly man returning to his family home after decades of absence. The apparition of his childhood sweetheart triggers a rewind to the life-changing events from his youth. As long-forgotten memories resurface, he begins to find answers to the questions that have cast a shadow over his life and gains clarity on decisions before him. Octav is a life-affirming story that celebrates the purity of childhood, love, and friendship.

Based on a true story, Symphony for Ana is about the bloodiest coup d’etat in Argentina, when the military dictatorship ‘disappeared’ 108 students from The National High School of Buenos Aires, known for being elite and prestigious. Ana is a student there, a teenager who just wants to fall in love, have lots of friends, and fight for a better world. Instead, she must choose her friends carefully as she navigates the power struggles and ever-changing allegiances in her 15-year-old world. This intense and superbly acted film features current students from The National High School of Buenos Aires. The hard-hitting story drawn from Gaby Meik’s book is history that should not be forgotten. In Spanish with subtitles. Produced by Ernesto Ardito, Virna Molina. Edited by Ernesto Ardito, Virna Molina. Director of Photography: Fernando Molina. An Ernesto Ardito and Virna Molina Film.

In this brilliantly suspenseful thriller, an alarm dispatcher and former policeman answers an emergency call from a kidnapped woman, when the call is suddenly disconnected. With the phone as his only tool, the dispatcher enters a race against time to save the endangered woman and find her kidnapper, but he soon realizes that he is dealing with a much more complicated crime than he first thought. A tense and restrained knockout performance by Jakob Cedergren keeps the audience riveted throughout the film. In Danish and English with subtitles. Produced by Lina Flint. Edited by Carla Luffe Heintzelmann. Director of Photography: Jasper Spanning. A Nordisk Film/SPRING production. From Magnolia Pictures.

Samantha Davidson Green, the writer and director of Thrasher Road, attended the Stony Brook Film Festival with actress Allison Brown and Christian Kohn to represent the film. Ms. Green teaches film directing at Dartmouth College and Thrasher Road was her first feature film after making award-winning short films that have been featured at festivals worldwide. In this original, fresh road trip story, pregnant Chloe and her elderly dog, Thrasher, get an unwelcome rescue from Chloe’s father when her car breaks down in a trip across country. Stuck together in a car with thousands of miles ahead of them and thirteen years’ estrangement behind them, father and daughter start to reconnect. Shot on location from California to Mississippi to Vermont, this very indie road trip features a cast from across the country, and a heart as big as a huge, rusted-out, pickup truck. Produced by Maria Rosenblum, Jonathan Wysock. Edited by Karen Smalley. Director of Photography: Eric Leach. A BetwixtNbetween Films production.

In every attempt for normality, 18-year-old James is perpetually confronted by his demon. “The core of this film is about hating who you are,” notes Amy Wang. In Unnatural, she introduces a reclusive teenager with a secret.

SBFF alumnus and Deer Park native Eddie Alfano (Cops and Robbers) returns to star in a hilarious short as two New York hitmen in L.A. discover technology is the real enemy. As one of the many gems among the shorts that the SBFF audience rated highly, it was a standout.