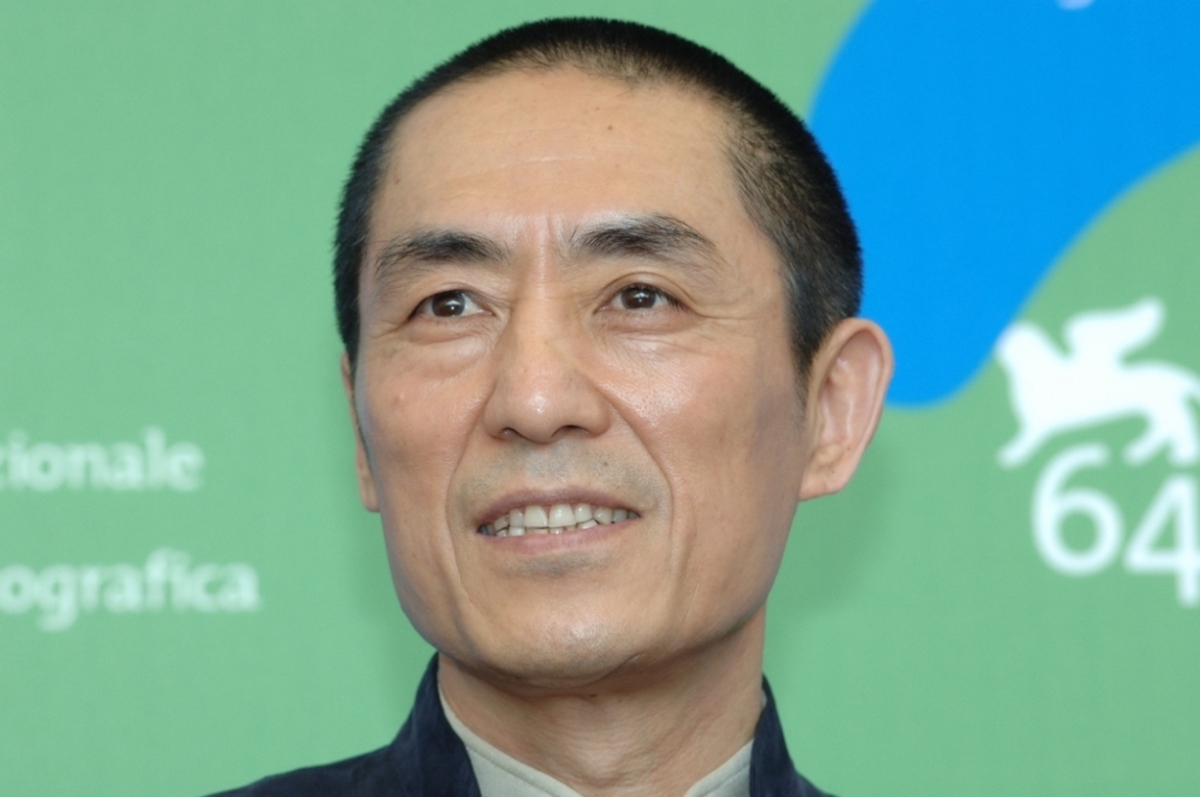 Chinese director Zhang Yimou will be awarded the 2018 Jaeger-LeCoultre Glory to the Filmmaker of the 75th Venice International Film Festival. The award, dedicated to a figure who has left a particularly original mark on contemporary cinema, will be conferred on Zhang Yimou on September 6 2018 in the Sala Grande (Palazzo del Cinema), before the world premiere screening Out of Competition of his new film Ying (Shadow).

Regarding this acknowledgment, the Director of the Venice Film Festival Alberto Barbera has stated: “Zhang Yimou is not only one of the most important directors in contemporary cinema, but with his eclectic production, he has represented the evolution of global language of film, and at the same time, the exceptional growth of Chinese cinema. Zhang Yimou has been a pioneer thanks to his capacity to translate authors, stories and the richness of Chinese culture in general into a unique and unmistakable visual style. His unforgettable debut, Red Sorghum (1987), adapted from Nobel award winner Mo Yan, brought him international recognition as one of the most important directors of the Fifth Generation. Since then, his talent in combining the elegance of form with a universal type of narrative structure has won him important acknowledgments, including two Golden Lions for The Story of Qiu Ju (1992) and Not one less (1999). At the turn of the century, the martial arts film Hero (2002) – his third nomination for an Oscar as best foreign-language film – established him as an icon of the Chinese cinema at the global level, and won him the direction of the opening and closing ceremonies of the Olympic Games in Beijing (2008), followed by a series of major productions with International film stars. With Shadow (2018), to be presented in its world premiere screening at the 75th Venice International Film Festival, Zhang Yimou returns to martial arts films with the formal elegance and remarkable inventiveness that has always distinguished his cinema”.

Ying (Shadow) is a martial arts (wuxia) film about the conflict between two feudal groups. In China, during the period of the Three Kingdoms (220-280 circa A.D.), an exiled king and his people develop a plot to regain control of their land. The events are told from the points of view of the king, his sister, his commander, the women trapped in the royal palace and a common citizen.

Four times in Competition at the Venice Film Festival – in 1991 with Raise the Red Lantern, in 1992 with The Story of Qiu Ju, in 1997 with Keep Cool and in 1999 with Not One Less – winner of two Golden Lions, respectively in 1992 and in 1999, a Silver Lion in 1991 and a Coppa Volpi for Best Actress (Gong Li, in 1992 for The Story of Qiu Ju), Zhang Yimou is the only director to have won all the most important prizes of the Venice Film Festival in less than ten years.

The 75th Venice International Film Festival will be held on the Lido from August 29th to September 8th 2018, directed by Alberto Barbera and organized by the Biennale chaired by Paolo Baratta.

Zhang Yimou was born in the People’s Republic of China in Xi’an (Province of Shaanxi) in 1950. Encouraged by director-producer Wu Tianming – who in 1987 became the Director of the Xi’an Studios, and began to gather new talents around him – Zhang was able to make his first film as a director, Red Sorghum (Hong gaoliang, 1987), an adaptation of a best-selling novel by Mo Yan, which won the Golden Bear in Berlin in 1988, bringing Zhang and his muse, actress Gong Li, to the attention of audiences and critics. Their artistic and personal relationship lasted through five films. In 1990, the film Ju dou, starring Gong Li, was the first Chinese film to be nominated for an Oscar as Best Foreign Language Film, after it was presented in competition at Cannes. The following year, Raise the Red Lantern (Da hong denglong gaogao gua), won the Silver Lion at the Venice Film Festival, and won him another nomination for an Oscar for Best Foreign-Language Film. His next film, The Story of Qiu Ju (Qiu Ju da guansi, 1992) won the Golden Lion and the Coppa Volpi for Gong Li in Venice. His fifth film with Gong Li, To Live (Huozhe, 1994), was an adaptation of a famous novel by Yu Hua and won the Special Jury Prize as well as Best Actor in Cannes.

In 1995, his career took a first turn towards genre cinema with the gangster film Shanghai Triad (Yao ayao yao dao waipo giao, 1995), winner of the Technical Grand Prize in Cannes. The two films that followed were launched successfully at the Venice Film Festival: Keep Cool (Yohua haohao shuo, 1997), and Not One Less (Yige dou buneng shao, 1999), which won the Golden Lion in Venice. In 2000 with The Road Home (Wo de Fuqin muqin) he won the Silver Bear in Berlin, and the Audience Award at Sundance. The film marked the debut of the director’s new muse, Zhang Ziyi, who would work with him in three other films.

Following the award-winning Happy Times (Xingfu Shiguang, 2000), also starring Zhang Ziyi, Zhang Yimou again changed course to steer his work towards genre cinema, and more specifically towards the wuxia (martial-chivalrous) genre, first with Hero (Ying xiong, 2002), nominated for an Oscar as Best Foreign-Language Film, and then with The House of Flying Daggers (Shi mian mai fu, 2004). At the time it was filmed, Hero was the costliest film in the history of Chinese cinema, distributed internationally in a new version presented by Quentin Tarantino, a great admirer of the Chinese director. Two years later, The House of Flying Daggers repeated the international success of the earlier film. In 2007, The Curse of the Golden Flower (Mancheng jindai huangjin jia), was yet another historical blockbuster with a budget unprecedented for China, an epic tragedy set during China’s Tang dynasty, starring Gong Li, who came back to work with the director after ten years, and Chow Yun Fat from Hong Kong. The film won him a nomination for an Oscar. In 2010 in Berlin, he presented A Woman, A Gun and a Noodle Shop, a remake of the Coen brothers’ Blood Simple. In 2016, he made the blockbuster film The Great Wall, his first English-language film starring Matt Damon, a fantasy inspired by the construction of the Great Wall of China, which grossed over 330 million dollars around the world, 45 in the United States alone.