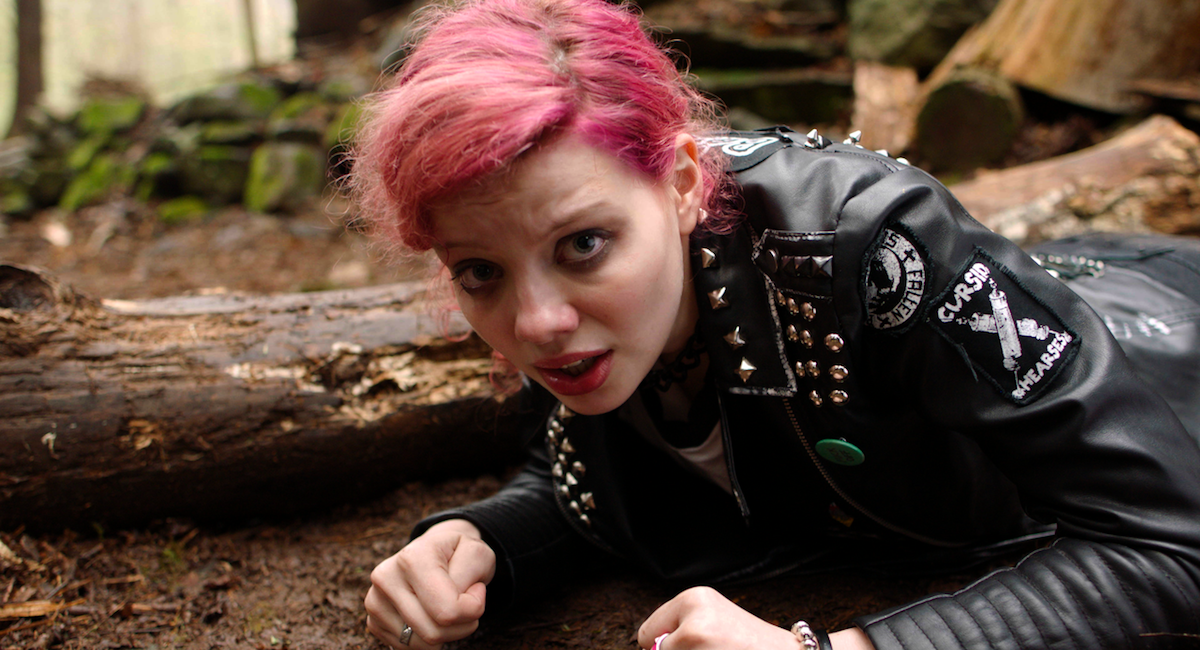 The punk-rock slasher The Ranger that world premiered earlier this year at the 2018 SXSW is headed to theaters next week, opening in New York’s IFC Center on August 17th and L.A.’s Laemmle Music Hall on September 7th.

After a run-in with the cops at a punk show goes sideways, Chelsea (Chloe Levine, The Transfiguration) and her pals flee the city in search of a place to lay low. Running to the security of Chelsea’s old, abandoned family cabin in the woods, they fall under the watchful eye of an overzealous park ranger (Jeremy Holm, House of Cards) who holds a secret from Chelsea’s past. Set to the beat of a killer punk soundtrack (Fang The Avengers, The Grim, Rotten UK and more) and presented in eye-popping neon colors, Jenn Wexler’s debut offers a modern take on survivalist horror that both celebrates and subverts the genre’s tropes—with equal parts humor, glitter and gore.

The Ranger is the directorial debut from Jenn Wexler, producer of Ana Asensio’s 2017 SXSW Competition Winner Most Beautiful Island, Robert Mockler’s Like Me (2017), and Mickey Keating’s Psychopaths (2017) & Darling (2016). The Ranger world premiered at SXSW 2018, was in official selection for the inaugural What The Fest!, recently played the Fantasia International Film Festival, and is set to open London’s FrightFest.