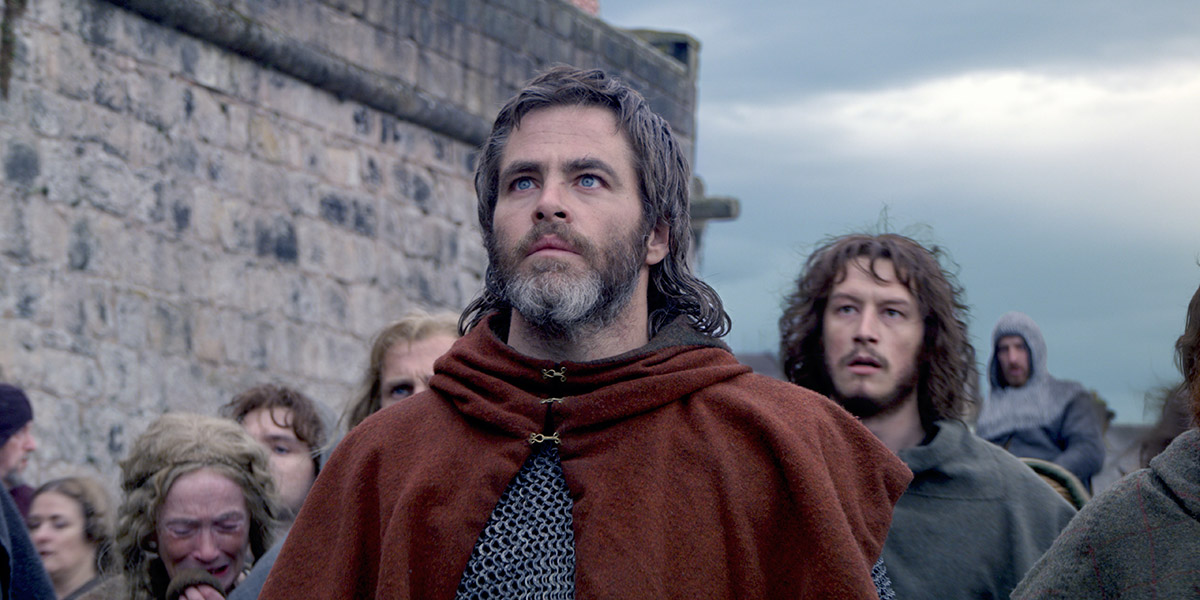 This epic David-versus-Goliath tale reunites award-winning director David Mackenzie ( Starred Up , Young Adam) with his Hell or High Water actor Chris Pine, who takes on the starring role of the legendary Scottish king who leads a band of outlaws to reclaim the throne from the clutches of the English crown and its army. The film also stars Aaron Taylor-Johnson, Florence Pugh, and Billy Howle.

“Thank you, TIFF, for welcoming our film into the world. The Festival is the perfect launch pad for our realistic epic, and we are delighted to be the first Scottish film ever to open Toronto,” said director David Mackenzie. “I cannot imagine a better place to have our World Premiere. Scotland and Canada’s histories are bound together, forged in the crucible of the struggles of history, bringing this day an affinity and sensibility that I hope will translate to a profound, visceral, and riotously entertaining experience. We have an amazing cast and crew working at the top of their game, and we are really looking forward to spreading some Scottish goodwill on the great city of Toronto.”

Outlaw King follows the untold, true story of Robert the Bruce, who transforms from defeated nobleman to outlaw hero during the oppressive occupation of medieval Scotland by Edward I of England. Despite grave consequences, Robert seizes the Scottish crown and rallies an impassioned group of men to fight back against the mighty army of the tyrannical King and his volatile son, the Prince of Wales.

The 43rd Toronto International Film Festival runs from September 6 to 16, 20