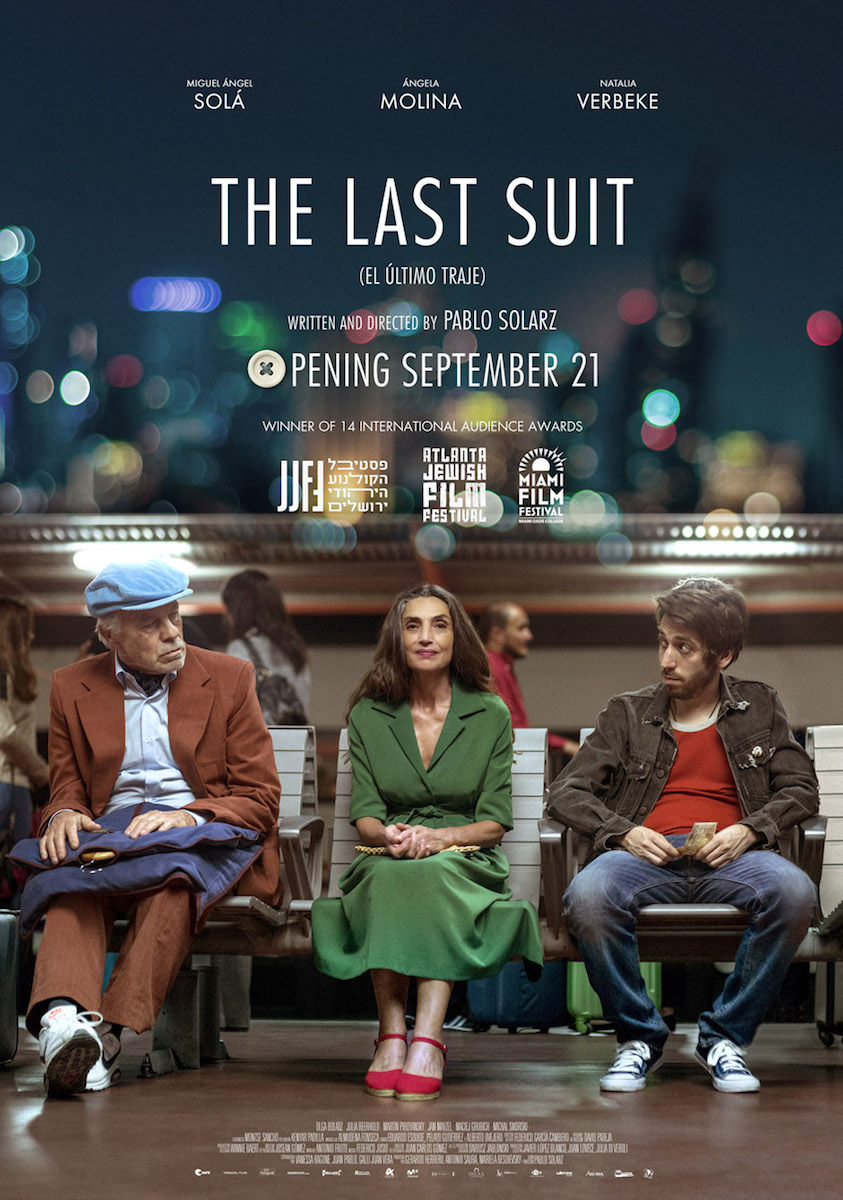 The new trailer and poster is here for The Last Suit, the award-winning charming, funny film from Argentine director Pablo Solarz about an elderly Holocaust survivor who decides to undertake a trip from Argentina to Poland to tie up some unfinished business. The Last Suit will open in theaters on Friday, September 21 in New York, followed by Los Angeles on Friday, September 28, and wider national release to follow.

At 88, Abraham Bursztein (Miguel Ángel Solá) is seeing his place in the world rapidly disappear. His kids have sold his Buenos Aires residence, set him up to move to a retirement home, and disagree on how to handle his fading health. But Abraham survived the Holocaust, made a successful life in a foreign land, and isn’t about to quietly fade away. Instead, he plots a secret one-way trip to Poland, where he plans to find the Christian friend who saved him from certain death at the end of World War II, and to keep his promise to return one day.

With its klezmer-driven score, evocative cinematography and fleet pacing, THE LAST SUIT approaches its weighty themes with a light touch that illuminates a serious story. And in its mix of Spanish, Yiddish, German and Polish it is a globe-trotting surprise, a late-in-life road movie with planes, trains and heart.