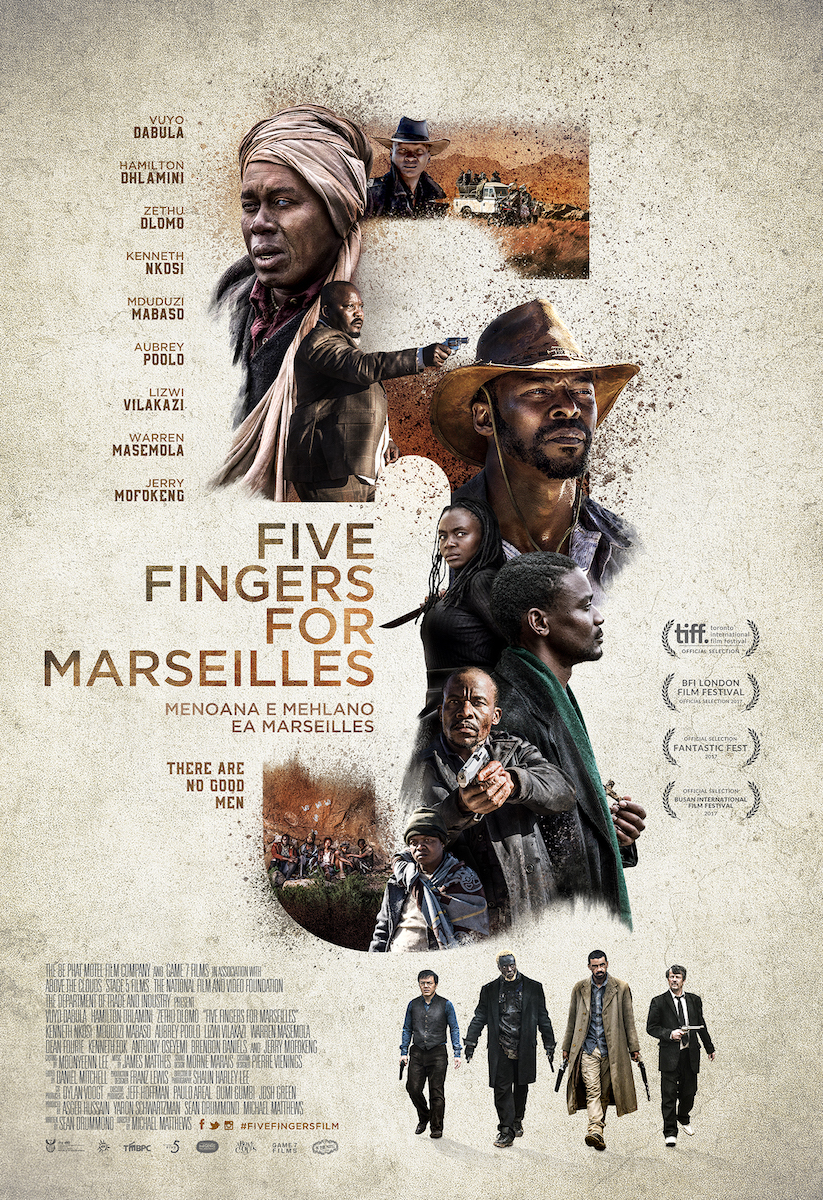 The pistol-packing acclaimed South African western Five Fingers for Marseilles which is set for release in US theaters on Friday, September 7, 2018, has released a new trailer and poster. Five Fingers for Marseilles, from filmmaker Michael Matthews and screenwriter Sean Drummond, is described as a thrilling western set against the backdrop of post-Apartheid South Africa.

The residents of the colonial town of Marseilles are under the thumb of police oppression and only the young rebels known as the Five Fingers are willing to stand up to them. Their battle is just, until Tau kills two policemen and flees the scene. The remaining rebels disband while the banished Tau resorts to a life of crime. Twenty years later, now known as feared outlaw The Lion of Marseilles, he is released from prison. He returns home, desiring only peace and to reconnect with those he left behind. The battle for South Africa’s freedom has been won, and former comrades-in-arms are in prominent positions as mayor, police chief, and pastor. But it quickly becomes clear to Tau that Marseilles is caught in the grip of a vicious new threat — and he must reconstitute the Five Fingers to fight frontier justice. Standing against former allies and new enemies, the re-formed Five Fingers saddle up and ride out, and put their lives at risk to save their beloved Marseilles.