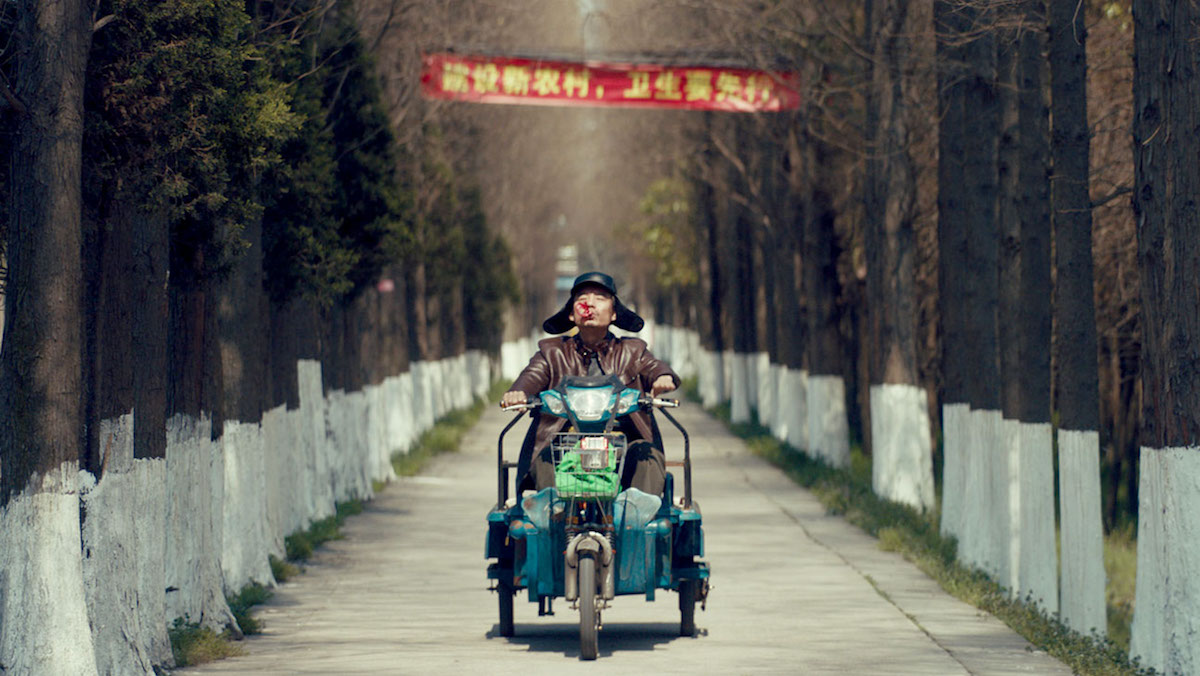 The Hamptons International Film Festival this week unveiled the first wave of films for the upcoming 26th edition of the Festival.    The festival lineup will include films from two female alumni of the annual HIFF Screenwriters Lab – Ísold Uggadóttir’s AND BREATHE NORMALLY (2015 Lab), about the blossoming relationship of two women in Iceland—one an airport worker, the other a detained refugee—will have its New York Premiere in the Conflict & Resolution section. Cathy Yan’s DEAD PIGS (2016 Lab), about the interwoven lives of five individuals in Shanghai, will screen in World Cinema Narrative. Yan was also the first recipient of support from the Melissa Mathison Fund, established in 2016, which strives to foster the continued development of female writers in the industry.

Additional films announced include the U.S. Premiere of Eva Trobisch’s ALL GOOD, starring Aenne Schwarz, a nuanced and powerful look at the destructive instinct to refuse to define yourself as the victim, in the Narrative Competition section. Rupert Everett’s THE HAPPY PRINCE, starring Everett, Colin Firth and Emily Watson. This biopic about the final years of renowned author Oscar Wilde’s life will screen in the Spotlight section, and Everett is also set to attend the festival.

In the World Cinema Narrative section, the festival will screen the U.S. Premiere of CAPERNAUM, a jury prize winner at the Cannes Film Festival directed by Nadine Labaki, about a 12-year-old boy in Beirut who launches a lawsuit against his negligent parents. Ali Abbasi’s BORDER, starring Eva Melander and Eero Milonoff, about a person’s struggle to realize her place in the world, will play in the Narrative Competition section.

The Views from Long Island section will feature the East Coast Premiere of Michael Dweck’s documentary THE LAST RACE, about a Long Island stock car race track trying to maintain the tradition and history of the sport. The Air, Land and Sea section will feature the U.S. Premiere of Sasha Friedlander and Cynthia Wade’s (HIFF 2012 Alumni) documentary GRIT, chronicling the work of a young social and environmental activist in Indonesia after her village was buried by a toxic mudflow as a result of oil drilling.

ALL GOOD (ALLES IST GUT)
U.S. Premiere
Director: Eva Trobisch
When an encounter with her new boss’ brother-in-law ends in an un-consented sexual encounter, Janne’s (Aenne Schwarz) immediate response is to portray the night’s events with the same rationale she has lived much of her adult life by: “If you don’t see any problems, you don’t have any.” But Janne’s silence soon creates a deafening rift between her partner, family, and co-workers that threatens to destroy the personal and professional relationships she’s worked so hard to maintain. Mesmerizingly led by Schwarz’s lead performance, debut filmmaker Eva Trobisch has crafted a nuanced and powerful look at the destructive instinct to refuse to define yourself as the victim.

AND BREATHE NORMALLY
New York Premiere
Director: Ísold Uggadóttir
The disparate paths of a struggling Icelandic single mother and an asylum-seeking Guinea-Bissauan woman interweave in Ísold Uggadóttir’s (Screenwriters Lab 2015) award-winning first feature. Though they are initially divided by political and cultural discord, the two women gradually form an unlikely bond outside of the pre-ordained paths expected from their sociopolitical realities. Akin to the social-realist work of Ken Loach and the Dardennes Brothers, AND BREATHE NORMALLY is a sharply observed and unsentimental exploration of the migration crisis, and confirms Uggadóttir’s status as a rising star of Icelandic cinema.

BORDER (GRÄNS)
East Coast Premiere
Director: Ali Abbasi
Tina (Eva Melander), a reclusive customs officer whose enlarged face and pronounced overbite make her immediately stand out, has a unique skill: her sense of smell allows her to identify contraband coming through the border. One day, a mysterious man sets off her senses and places her on a strange path that will lead her to discover the origin of her gifts. Based on Let the Right One In author John Ajvide Lindqvist’s novella, director Ali Abbasi has crafted a consistently surprising genre hybrid. Winner of the Un Certain Regard prize at Cannes, BORDER straddles the line between romance, fantasy, and horror in its examination of one person’s struggle to realize her place in the world.

CAPERNAUM
U.S. Premiere
Director: Nadine Labaki
Scraping by on the chaotic streets of Beirut, 12-year-old Zain (Zain al Rafeea) is one of many children born into an uncertain future in the city’s slum. Living a deeply troubled life on the streets and branded the sole caretaker of an abandoned toddler, Zain makes the desperate move of suing his negligent parents for giving him life and trapping him in a hostile world. Utilizing a cast of non-professional actors (including two revelatory performances from its child leads), Lebanese director Nadine Labaki’s Cannes Jury Prize-winner is a stirring slice of social-realist protest cinema, driven equally by righteous anger and enduring empathy, and sure to be one of the most talked about films of the year.

GRIT
U.S. Premiere
Directors: Sasha Friedlander, Cynthia Wade
In 2006, international drilling company Lapindo carelessly unleashed an unstoppable toxic mudflow into East Java—burying dozens of nearby villages and displacing tens of thousands of Indonesians in the process. Documentarians Sasha Friedlander and Cynthia Wade (2008 Academy Award® winner for FREEHELD) focus the tragedy around 16-year-old survivor Dian, a survivor who is routinely ignored by her government despite the unforgiving sludge continuing to engulf her home for over a decade. Chronicling the teenager’s transformation from a young girl into an outspoken advocate for her community, GRIT is a stirring and timely showcase of the urgent need for political activism, the duty to hold those in power accountable, and the perseverance of the human spirit amidst social and environmental strife.

THE HAPPY PRINCE
Director: Rupert Everett
In the final three years of his life (1897-1900), Oscar Wilde finds himself adrift. Coming off the heels of his trial for indecency and subsequent imprisonment, Wilde lives out his last days in exile, moving among a small group of enduring friends (Colin Firth, Edwin Thomas) under assumed names, and torn between whether to go back to his ex-lover (Colin Morgan) or estranged wife (Emily Watson). Written, directed by, and starring Rupert Everett as the ailing Wilde, THE HAPPY PRINCE is at once a moving evocation of the literary genius’ final act and a stirring paean to the brilliant wit that endured to his last moments.

THE LAST RACE
East Coast Premiere
Director: Michael Dweck
Long Island is the birthplace of American stock car racing, but today, only one racetrack remains: Riverhead Raceway. Established in 1949 on an initially rural part of Long Island, the land has seen its value skyrocket in the subsequent years. Now worth over $10 million, the octogenarian track owners Barbara and Jim Cromarty struggle to keep the bulldozers at bay. In his debut feature, acclaimed visual artist Michael Dweck explores the issues of class divide and corporate interest that have impacted both the racing industry and region as a whole in this beautiful, visceral, mesmerizing ode to a dying American tradition.