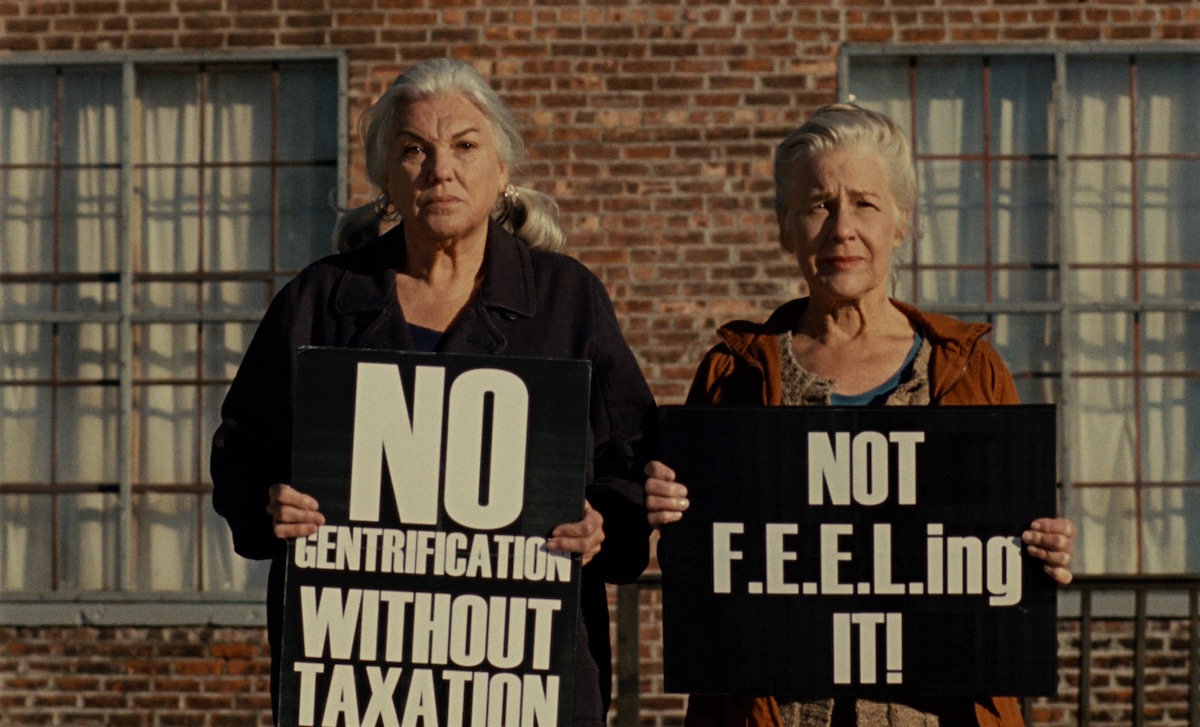 A Bread Factory (Part One & Part Two), an ambitious project comprising two feature films written and directed by Patrick Wang. Starring Tyne Daly and Elisabeth Henry as a couple who are fighting to keep their local arts center open, the film will open at Village East Cinema in New York and at the Laemmle Monica Film Center in Los Angeles on October 26. Other cities will follow. After a successful release in France, Patrick Wang’s second film, The Grief of Others, will be released in New York and Los Angeles on November 2.

After his critically acclaimed films In the Family (Independent Spirit Award nominee) and The Grief of Others (presented at SXSW, Cannes), A Bread Factory sees an expansion in form to two feature films, to a cast of over 100, and to include the genres of drama, comedy and musical. This diversity is found in the cast, which ranges from comedienne Janeane Garofalo to opera star Martina Arroyo. The film features the luminous final performance of the late theater legend Brian Murray. “All the other films were practice to be able to pull this off,” say director Patrick Wang of A Bread Factory. Music for the film was composed by Wang alongside four other composers, including the legendary Chip Taylor (Songwriters Hall of Fame, Wild Thing, Angel of the Morning). An album of Chip Taylor’s songs based on the movie will also be released October 26.

A Bread Factory, Part One: For the Sake of Gold (122 min) – Forty years ago, Dorothea (Tyne Daly) and Greta (Elisabeth Henry) moved to the town of Checkford and bought an abandoned bread factory that they transformed into an arts space. Here they host movies, plays, dance, exhibits and artists. It’s where civic groups and immigrant communities can meet, where there are after school programs for children. Now a celebrity couple—performance artists from China—have come to Checkford. They’ve constructed a huge building, the FEEL Institute, down the street. It is a strange sight for a small town. Dorothea and Greta learn about a new proposal to give all the funding from the school system for their children’s arts programs to the FEEL Institute. Without this funding, the Bread Factory would not survive. They quickly rally the community to save their space. The commercial forces behind the FEEL Institute fight also, bringing a young movie star to town to help make their case. The school board meeting turns into a circus where the fate of the Bread Factory hangs in the balance.

A Bread Factory, Part Two: Walk with Me a While (120 min) – Checkford hasn’t been the same since the school board meeting. Mysteriously, the reporter who runs the local newspaper disappears. Bizarre tourists start to show up, then come mysterious tech start-up workers. With all the new people, real estate is booming. Amidst all these distractions, Dorothea and Greta try to continue their work. They are rehearsing a production of HECUBA by Euripides. On the day they open the play, Dorothea gets the news that the Bread Factory will lose an essential piece of their funding. The beautiful opening night performance of HECUBA plays to a tiny audience. Brokenhearted, Dorothea and Greta must decide whether to give up their work at the Bread Factory because their community and support has disappeared, or to continue in their struggle to build community through art.