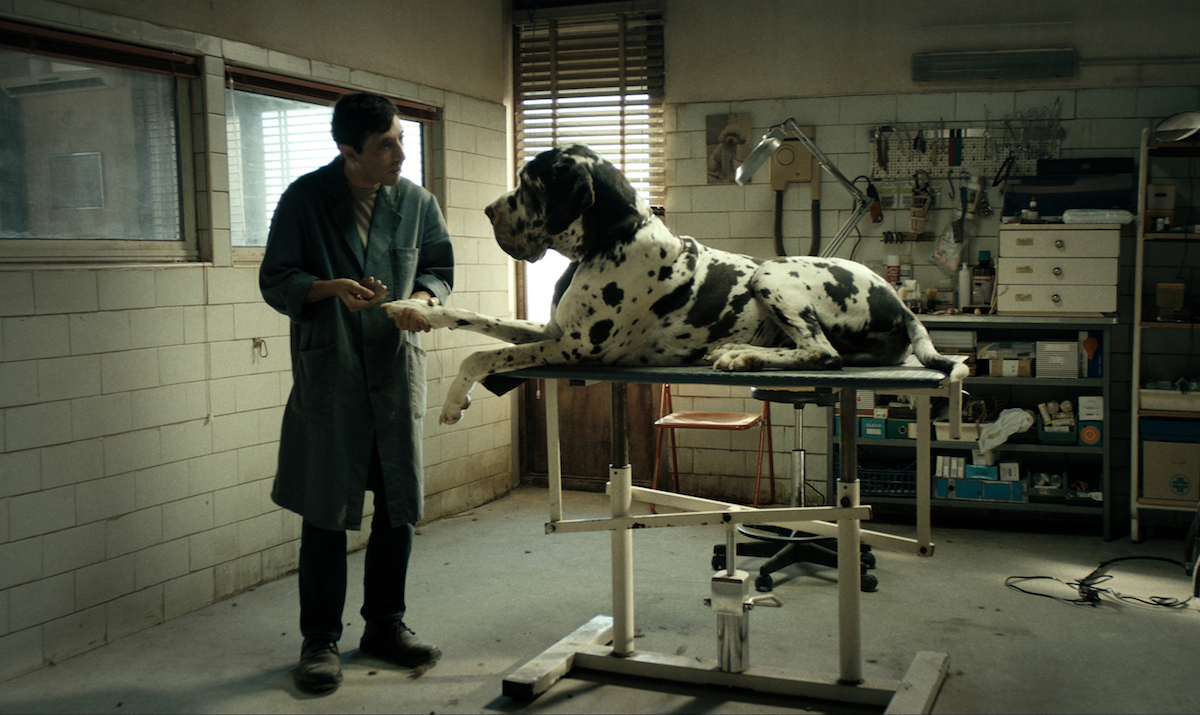 Matteo Garrone, director of the Golden Globe-nominated Gomorrah (winner of the Cannes Jury Prize) presents the true story of one of Italy’s most notorious crimes. Dubbed an ‘urban Western’, DOGMAN takes place in an Italian suburb somewhere between metropolis and wild nature. Marcello (Marcello Fonte; Best Actor, 2018 Cannes Film Festival), a small and gentle dog groomer, finds himself involved in a dangerous relationship of subjugation with Simone, a former violent boxer who terrorizes the entire neighborhood. In an effort to reaffirm his dignity, Marcello will submit to an unexpected act of vengeance.

The BFI London Film Festival premiere of DOGMAN, and UK wide previews, are taking place on European Art Cinema Day on 1October 14th, ahead of the theatrical and On Demand release on October 19th, 2018. Growing year-on-year, the third European Art Cinema Day is a global initiative, with events taking place all over the world, across more than 600 venues. It is organized by CICAE in partnership with Europa Cinemas.

FALLS AROUND HER to Open, EDGE OF THE KNIFE to Close imagineNATIVE Film + Media Arts Festival