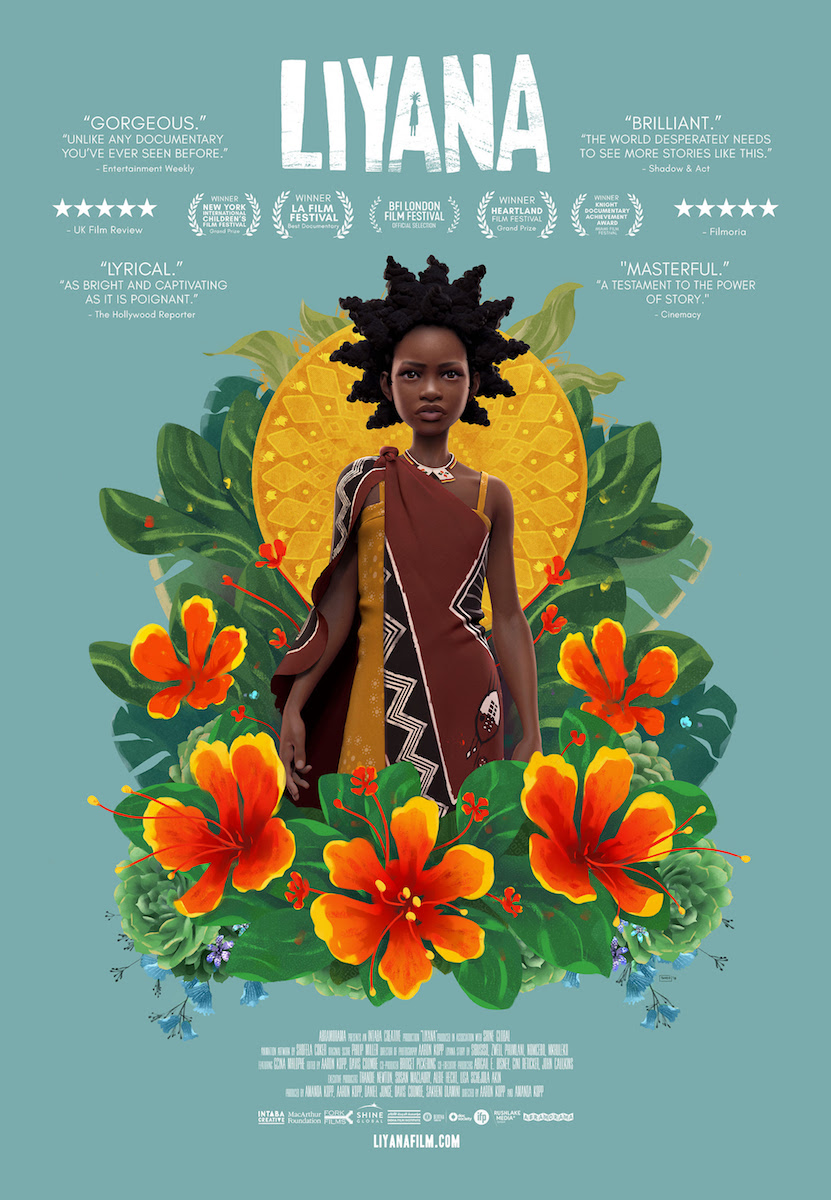 The new trailer and poster debuted this week for the award-winning genre-defying documentary LIYANA directed by Aaron and Amanda Kopp and executive produced by actress Thandie Newton. The acclaimed film which has won over 25 film festival jury and audience awards will begin its 25+ city theatrical run with a special screening at New York’s IFC Film Center on October 9 before opening at the Maysles Documentary Center on October 10. Los Angeles and additional cities will follow.

Under the guidance of acclaimed South African storyteller, Gcina Mhlophe, five orphaned children from Swaziland collaborate to craft a collective fairytale drawn from their darkest memories and brightest dreams. Their fictional character, Liyana, is brought to life in innovative animated artwork as she embarks on a perilous quest to rescue her young twin brothers. The children’s real and imagined worlds begin to converge, and they must choose what kind of story they will tell – in fiction and in their own lives.

This genre-defying film weaves an original animated hero’s journey with poetic documentary scenes to create an inspiring tale of perseverance. LIYANA is a tribute to creativity, the strength of the human spirit, and the healing power of storytelling.

LIYANA is the critically acclaimed feature directorial debut of award-winning filmmakers and cinematographers Aaron Kopp & Amanda Kopp. They both shot for the Academy Award nominated campus assault documentary THE HUNTING GROUND. Aaron, who was raised in Swaziland, also shot and co-produced the Academy Award winning documentary SAVING FACE, which earned him an Emmy nomination. LIYANA features an original score by South African composer, Philip Miller, and stunning animation by Nigerian artist Shofela Coker, illustrating Liyana’s journey as told through the children in Swaziland. Executive produced by award-winning actress, Thandie Newton, LIYANA has screened at more than 80 film festivals around the world including the British Film Institute’s London Film Festival and MoMA DocFortnight.

The film has been hailed as, deeply moving and beautifully crafted by The Hollywood Reporter and lush and uplifting by the New York Times. Critics across the country say the film is brilliant, masterful, an inspirational cinematic experience, and that LIYANA stands a strong chance of making Oscar buzz throughout the year.