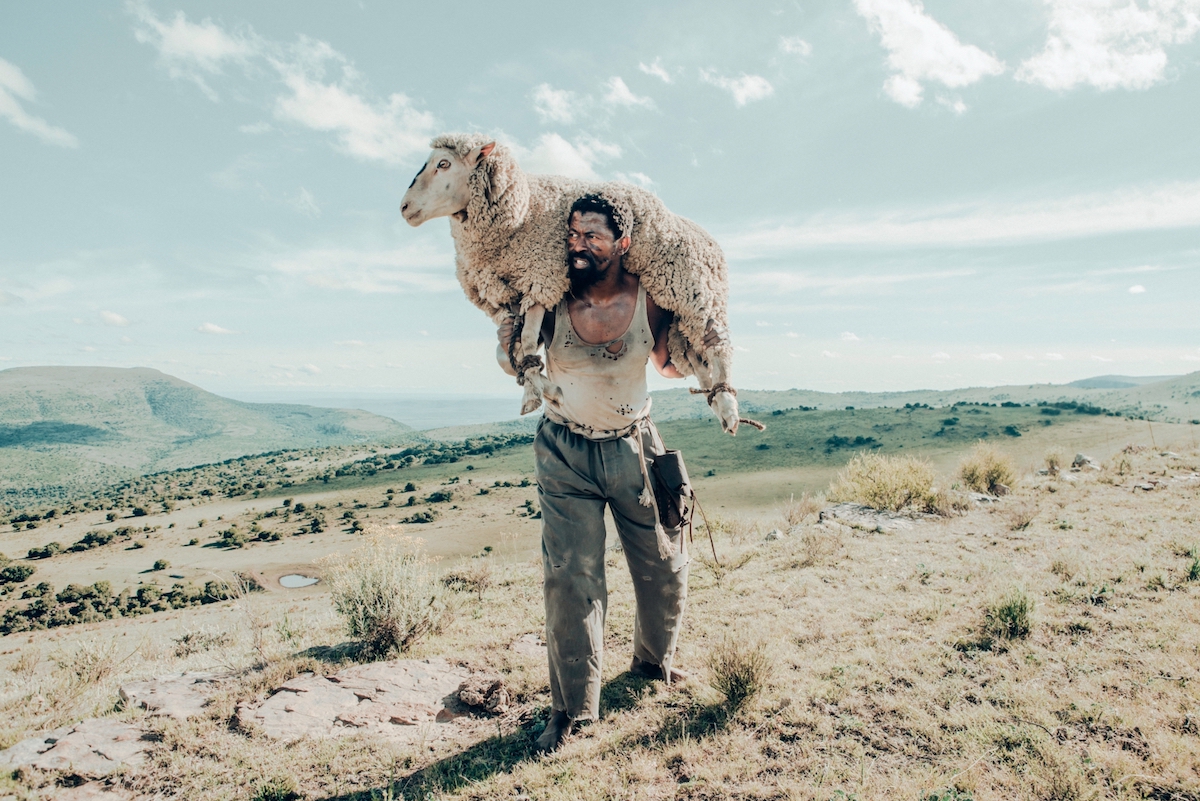 Jahmil X.T Qubeka’s epic existential-adventure film Sew the Winter to My Skin, which will have its World Premiere at the Toronto International Film Festival this week, will be the opening night film of this year’s 2018 Cape Town International Film Market and Festival.

Set in South Africa’s rural Great-Karoo region in the 1950s, the film chronicles the exploits of the outlaw John Kepe and the various individuals his escapades affected. This Robin-hood-esque figure would steal primarily livestock from the white settler farmers, terrorizing them for over a decade. Led by the hardliner General Botha, a mammoth manhunt ensues in the mountain where Kepe was rumored to occupy a Noah’s Ark like cave. This spectacle ingratiated Kepe in the hearts of the marginalized indigenous-population who turn Kepe’s miscreant deeds into the stuff of legend making him a threat to the very fabric of the colonial society.

Director Jahmil X.T Qubeka says this of the making of the film and its selection as the CTIFMF’s Opening Night film, “It is my intention with projects like this to explore and to dissect the impact of the Apartheid experience on the psychology of self. The very roots of external struggles such as land redistribution are inherently imbedded in an internal meditation or yearning. Dignity seems to be the pursued pot of gold at the end of this rainbow. I wanted to offer some insight into what I believe to be mankind’s inherent need to feed into mythologies that conveniently suit the order of the day. With this film, I am endeavouring to create a visual experience that crosses the boundaries and limitations of spoken language.

I am honored to have Sew the Winter to my Skin invited as the opening film for the Cape Town International Film Festival, it is important for us to bring the film to its intended audience and celebrate South African cinema.”

The film’s producer Layla Swart, who hails from Cape Town and studied film at The University of Cape Town, elaborates further, “Sew the Winter to my Skinis an epic ballad to the art of visual storytelling and is a benchmark film in the tapestry of South African cinema. Selected in 2017 for the prestigious Cannes L’Atelier program, the film was also awarded the Berlinale World Cinema Fund 2017 and has garnered incredible responses at screenplay level alone. I believe that films like Sew the Winter to my Skin not only contribute to a universally accessible understanding of African storytelling, but raise the benchmark for the young South African directors who are emerging with a burning desire to canonize their experience, their heroes, their legacy. We are indeed very excited to share this film with the audience at the Cape Town International Film Festival.”

CTIFMF Marketing Director Jehad Kasu also has this to say of the selection, “Having access to this level of quality South African filmmaking that conveys a local story as an opening night film, is half of the reason why the CTIFMF exists – to exhibit the excellence in local story telling and production. The other half is to create an enabling film business environment for this kind of content to reach as many other parts of the world as possible.

This second objective has the dual benefit of educating/entertaining global audiences with African cultures, traditions and daily life, while simultaneously boosting the economic growth of the local film and television industry.

We also congratulate the whole team, including Layla and every other woman blazing a blinding trail of success in this industry. In years to come we look forward to the problem where our programmers have the difficulty in selecting an opening night film from an array of world-class local productions – that are later snapped up by foreign sales and distribution companies.”

Sew the Winter to my Skin