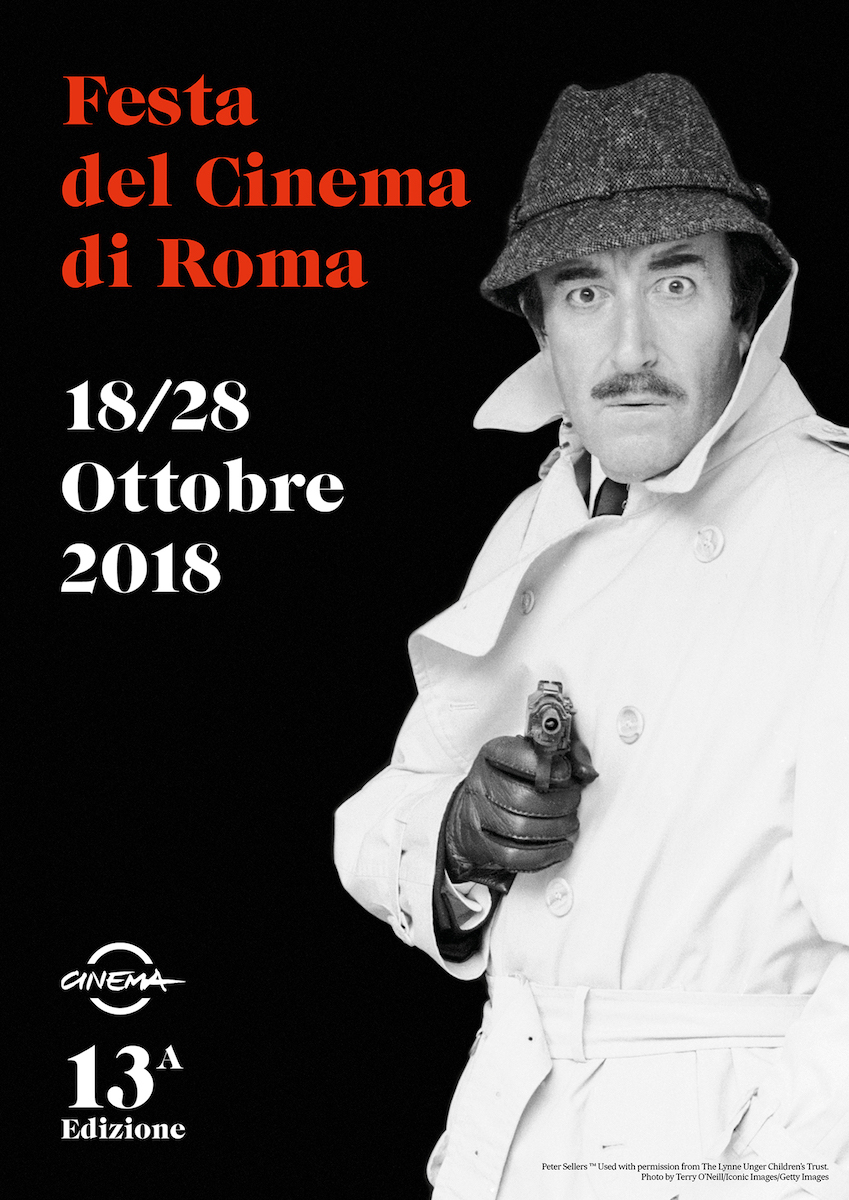 Rome Film Fest today unveiled the official poster of the upcoming thirteenth edition of the festival featuring comic genius Peter Sellers. Peter Sellers will be featured throughout the Rome Film Fest and will also be the focus of a retrospective curated by Mario Sesti and organized in collaboration with the British Embassy and the British Council. The 2018 Rome Film Fest will be held from October 18 to 28, 2018.

Beloved by extremely diverse audiences, who have admired his extraordinary comic talent, the brilliant unpredictability of his performances and his excellent portrayal of dramatic roles, Peter Sellers is pictured as his most famous character, Inspector Jacques Clouseau, lead character of The Pink Panther series. The shot was taken by British photographer Terry O’Neill, renowned internationally for his portraits of countless figures from the worlds of music and film, from the Beatles to the Rolling Stones, from the British Royal Family to Hollywood stars. In the official poster of the 2018 Rome Film Fest, Peter Sellers is caught red-handed by O’Neill, who captures the full range of his irony and astonishment: Inspector Clouseau faces the audience squarely and makes it the star of the event.

“Ever since the first year, I have wanted to distinguish my artistic direction with posters that conveyed elegance, grace and lightness – explained Antonio Monda, artistic director of the Rome Film Fest. – This year I am pleased to add irony to the list, and Peter Sellers was a great master in this sense. Not only was he a comic genius, but a terrific and versatile actor, as demonstrated by his amazing acting performances for masters as different as Stanley Kubrick, Vittorio De Sica, Hal Ashby, Blake Edwards, Alexander Mackendrick and many more”.