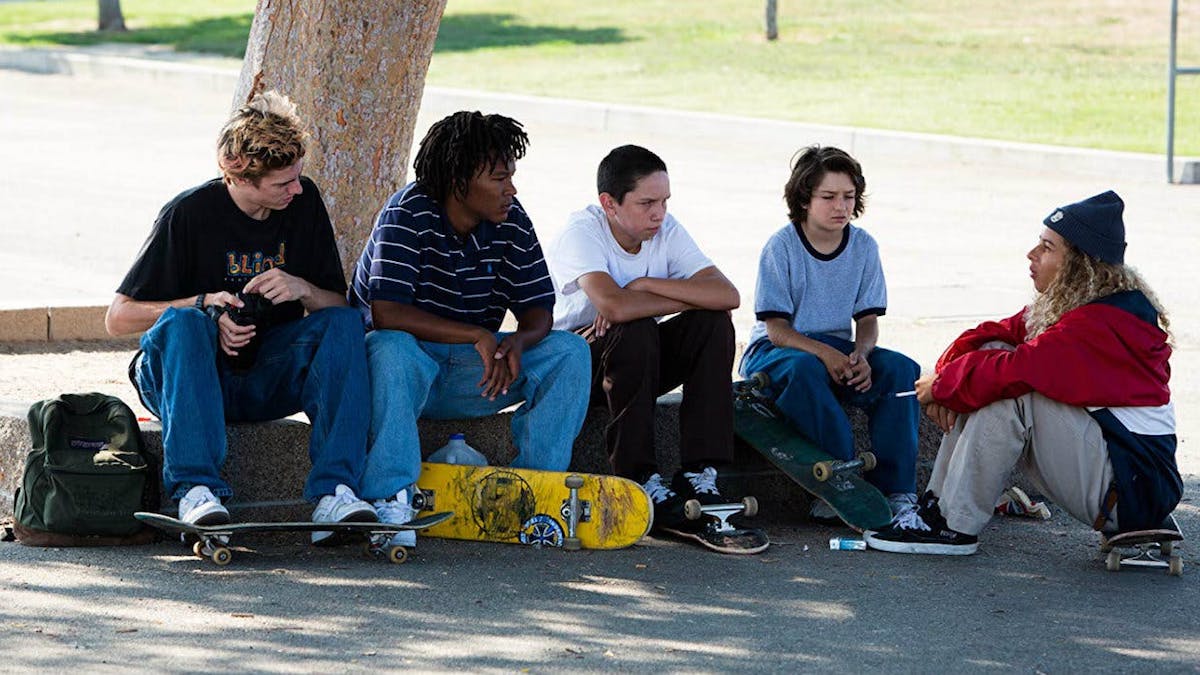 Jonah Hill’s directorial debut is a frank, intimate, and emotionally layered reflection on an unlikely coming-of-age in the world of 90s L.A. skate culture. Thirteen-year-old Stevie (Sunny Suljic), growing up with a loving but largely absent mother (Katherine Waterston) and a resentful brother (Lucas Hedges), seeks refuge with older kids who hang out (and barely work) at a Los Angeles skate shop. The energy between Stevie and his crew, played by Ryder McLaughlin, Olan Prenatt, Gio Galicia, and Na-kel Smith, fuels a film that is at once lyrical, hilarious, terrifying, and just…real.