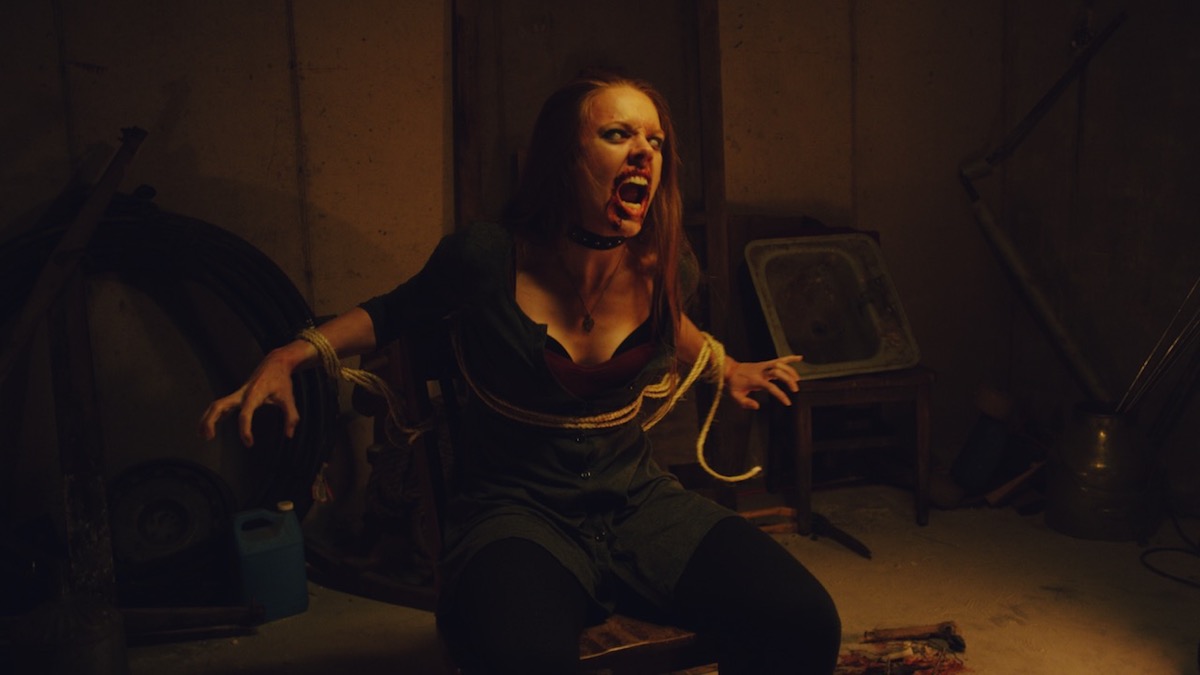 The supernatural horror film Soul To Keep, co-directed by David Allensworth and Monière, will have its world premiere at Shriekfest on Saturday October 6th in Hollywood.

Soul To Keep tells the story of Beelzebub, a demon hell-bent on consuming and taking control of souls, who hunts down siblings and their lifelong friends at a rundown country house.

“Soul to Keep is a great possession horror film that uses a deaf character to uniquely tell the story,” says Shriekfest’s festival director Denise Gossett. “This is a film that horror fans are going to love and we are thrilled to be showing our first ever open captioned film!” she adds.

The introduction of a deaf lead character, Tara, played by deaf actress Sandra Mae Frank, allows the exploration of unique modalities in the narrative style, notably the use of sign language throughout the film. All the actors flawlessly learnt and incorporated the sign language into their performances to serve the purpose of the story. This inclusive aspect of the unrepresented Deaf Community makes the production accessible to hard-of-hearing audiences as well as creating a dialogue between the Deaf and Hearing populations.

“The Deaf element in this film came to me originally as something of a scare tactic, and it blossomed into an important statement about bringing communities together,” says director David Allensworth. “Our co-writer Eric Bram’s wife is partially deaf, as well as one of our producers, Matt Meyer, who has partial hearing loss.”

“I wanted to bring out the elements of a minority group – the deaf and hard at hearing – and showcase them as heroes. In addition, I wanted to tell a horror story with real proven metaphysical elements, not another horror-slasher film,” adds co-director Monière.

ERIN, a cute yet timid 22-year-old, and her confident twin brother JOSH inherit their grandpa’s creepy country house. Rusty broken barn. Swampy pond. No better way to christen the home than to throw a party with their school friends. Josh brought his sweetheart, TARA, and their closeness is apparent. Tara is deaf, and all the friends speak with her through sign language. Everyone, except for BRANDON, the self-centered boyfriend of GRACE, Erin’s childhood friend-turned-Dark-Wiccan.

It’s all fun and games until the lights go out. Josh searches the dark and damp basement to find the fuse box, only to discover a secret ritual room, complete with animal bones, blood, and meat arranged in a large triangle. Not to mention the nearby grimoire – a demonic spell book. The group is convinced now that the sibling’s grandpa truly went crazy.

Grace, being familiar with it all, reads over the grimoire to discover a spell to conjure the very powerful demon, BEELZEBUB – one of the seven Princes of Hell. Drunk and high, the group thinks it’s a fun idea to conduct a possession spell to see if it’ll work. And to their surprise… it does! Beelzebub has finally arrived and he will stop at nothing to consume their souls.