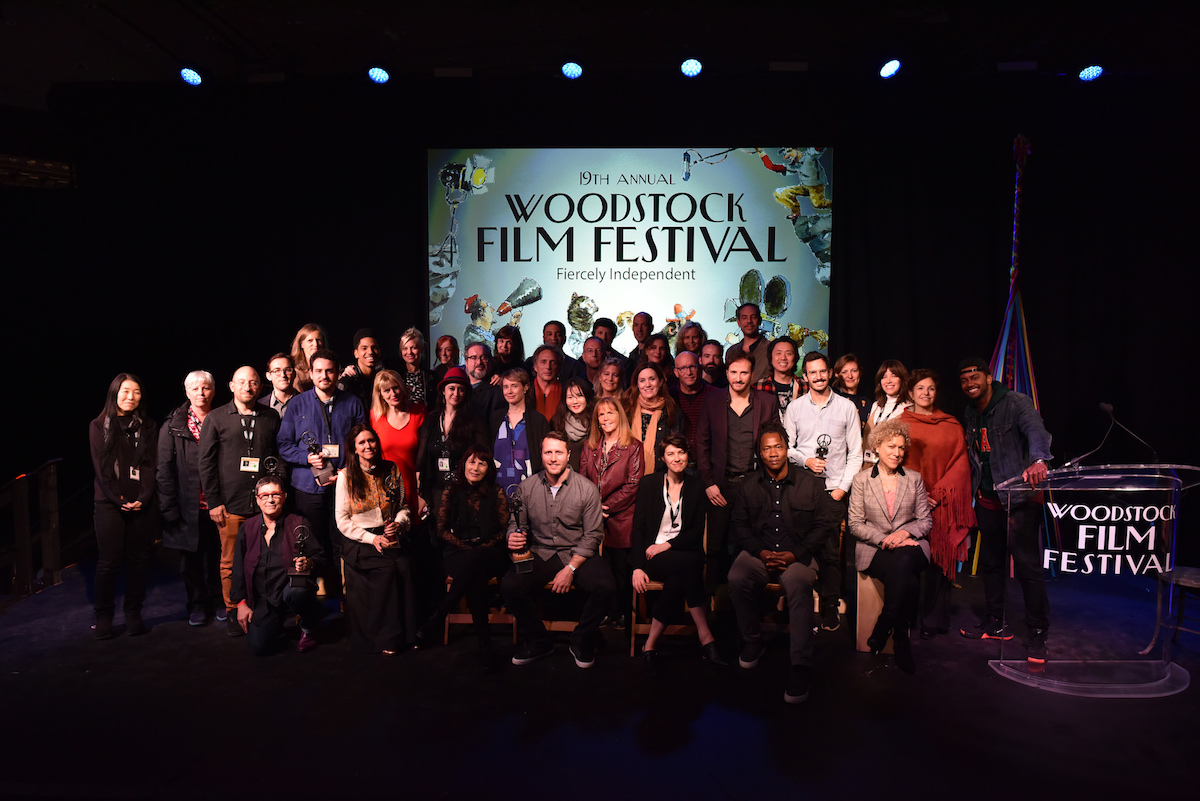 After opening remarks from Roger Ross Williams, the first African American director to win an Academy Award, the 19th Woodstock Film Festival Maverick Awards Ceremony was held on Saturday, October 13.  Awards were presented to exceptional films and honorees in numerous categories with the Feature Narrative Award going to Paul Starkman for WHEELS, and the Best Documentary Feature was presented to Assia Boundaoui director for THE FEELING OF BEING WATCHED.

“We chose Wheels because it beautifully explores the powerfully precarious choices that brothers make that impact their lives and all of their relationships forever. Stunningly told and poignantly acted with depth and candor wheels stood out in a thrilling year of Woodstock film selections. It explores the fine line between constructive and instantly destructive decisions and their impact on our lives- in an instant everything changes.”

A Special Award for ensemble cast went to John Stimpson for GHOST LIGHT.

The Best Documentary Feature, sponsored by Films We Like, was presented to Assia Boundaoui director for THE FEELING OF BEING WATCHED.

“We based our decision on what stories we felt most needed to be told, and what stories we hadn’t seen before. We put special emphasis on films that show underrepresented people (like the older women in Carolee, Barbara & Gunvor). We wanted to cite a local filmmaker for an honorable mention as a nod to the importance of our growing creative community upstate.”

The Haskell Wexler Award for Best Cinematography, sponsored by Panavision, went to Eric Bader for SPELL.

“Choosing a single film in this category was not easy. There’s been an explosion of great cinematography this year, and all of the films considered for the cinematography award stood out.

But the cinematography in this particular film is resonant, drawn with a deft touch. It is consistent and well crafted. The color palette and the choice of shots and lenses allow us a proximity to the characters, which aptly draws us into the drama and plays on our expectations, our emotions as viewers.”

The James Lyons Editing Award For Documentary Feature, sponsored by Technicolor Postworks NY, was presented to Rabab Haj Yahya editor for THE FEELING OF BEING WATCHED.  Special mention: WRESTLE.

The World Cinema Award, was presented to Laurie Colbert and Dominique Cardona for KEELY & DU. A special mention to director Roxy Toporowych for JULIA BLUE.

The Carpe Diem Andretta Award, sponsored by The Vincent J. Andretta Memorial Fund and presented to the film that best represents living life to the fullest, was awarded to director William Fichtner for COLD BROOK.