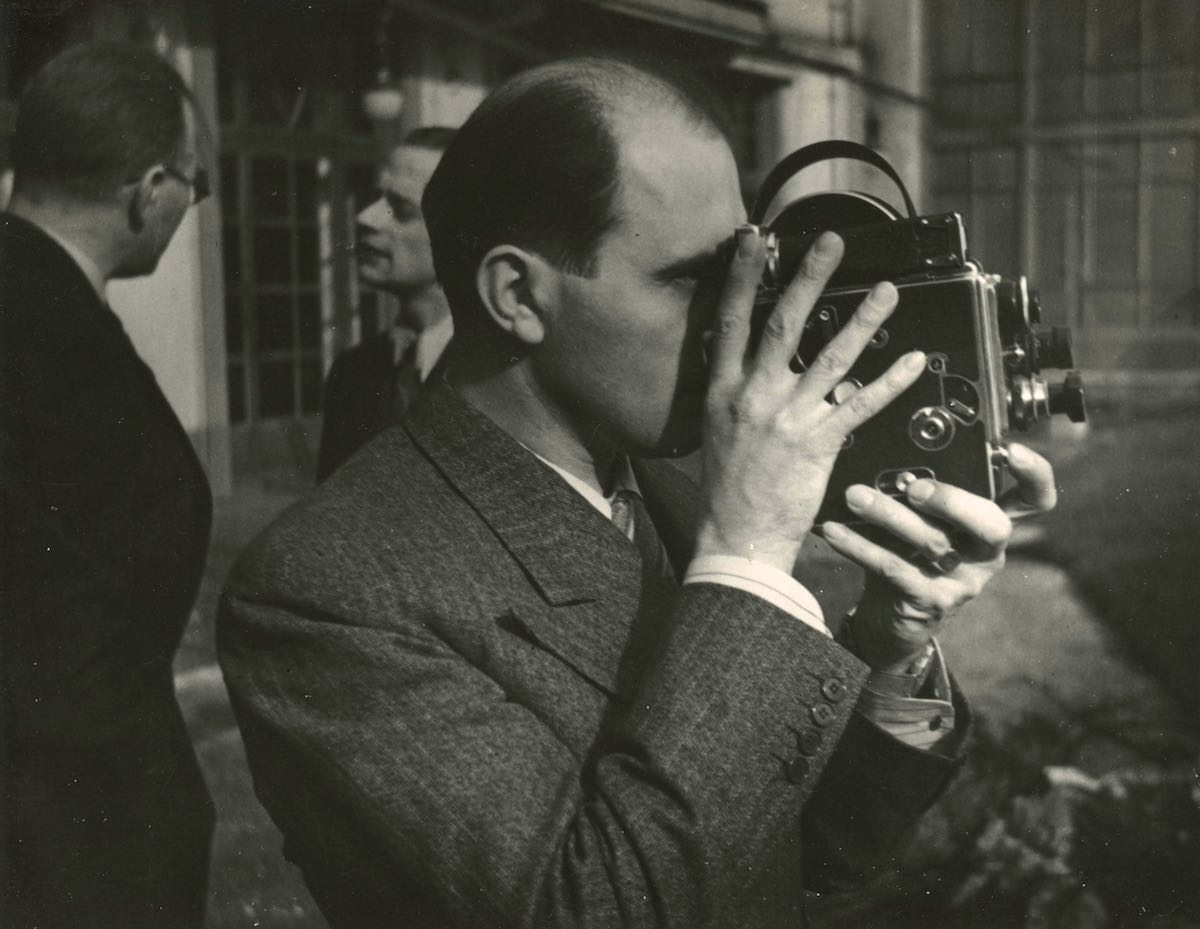 In the 1920s inventor Jacques Bolsey aimed to disrupt the early film industry with a motion picture camera for the masses: the iconic Bolex.  90 years later, filmmaker Alyssa Bolsey discovers a stash of boxes that belonged to her enigmatic great-grandfather, and over 12 years pieces together the fragments of a forgotten family archive to reveal his epic story in the documentary, Beyond the Bolex, which will World Premiere at DOC NYC, America’s largest documentary festival, on Thursday, November 8 at 9:15 p.m at Cinepolis Chelsea.

As Alyssa delves into the treasure trove, among the items she finds is an old movie camera with the word “Bolex” embossed on its side, and a dangling tag with the date, “1927.” She also discovers reels of 16mm films inside rusty cans that are too brittle to run through a projector. Once the films are restored, she is captivated by their casual style as commonly seen today with digital cameras and smartphones.

When Alyssa finds Jacques journal she learns of the trials he faced both as an idealistic inventor and as an immigrant. In his words and films, she finds a man living stateless in Switzerland, torn from his homeland by the Russian Revolution. After many years of inventing in Switzerland and still unable to gain acceptance, Jacques finds his way to the US and settles in New York City, where he creates a new generation of military cameras for the fight against fascism.

Alyssa travels to Switzerland – the birthplace of the Bolex and Jacques’ two sons. She traces her own roots to her great-grandmother Sima’s apartment in Geneva, visits the Paillard factory where the Bolex Model H was designed and built, and makes a pilgrimage to the current headquarters of Bolex International.

Along the way, Alyssa seeks insight from camera collectors, historians and renowned filmmakers who explain how the Bolex reached the farthest corners of the globe, unleashed the imagination and became synonymous with creative freedom. Simple and functional, it became a perfect tool for a diverse range of filmmakers. Alyssa speaks to Wim Wenders, Jonas Mekas, Barbara Hammer, Bruce Brown and others, who share their stories of how this camera has inspired and nurtured their creative potential and careers. She also discovers the enthusiasm his pioneering invention continues to have with filmmakers today.

“Curiosity was the catalyst for making Beyond the Bolex,” said director Alyssa Bolsey. “But what I didn’t see coming was the emotional journey I would go on while discovering my great grandfather’s deep desire for roots; this during one of the most tumultuous times in history. His was an immigrant struggle that we see playing out yet again today. And his story shows the power and ingenuity that many immigrants bring to their new home. Along with planting seeds that have grown for generations with his Bolex camera, he also laid down roots that would contribute to the technology that has become part of our daily lives in the modern world.”

About the Director: Alyssa Bolsey

Alyssa Bolsey began writing and directing short films as a kid. While still in High School, she directed a short documentary entitled “Wild Horses.” This work was screened at various art galleries in the US and was described by KPBS as “an insightful look at the artistic process.” In University, her fictional short “I. Hero” was featured in rotation on the San Diego, California television show, “The Short List” from 2007-2010. Alyssa graduated Cum Laude from San Diego State University with a degree in Television, Film and New Media, with an emphasis on directing. She spent the next two years working at Creative Artists Agency, starting in the mailroom. She left CAA to direct a feature documentary about her great-grandfather Jacques Bolsey, the inventor of the iconic Bolex camera. Beyond the Bolex is making its World Premiere at DOC NYC 2018.