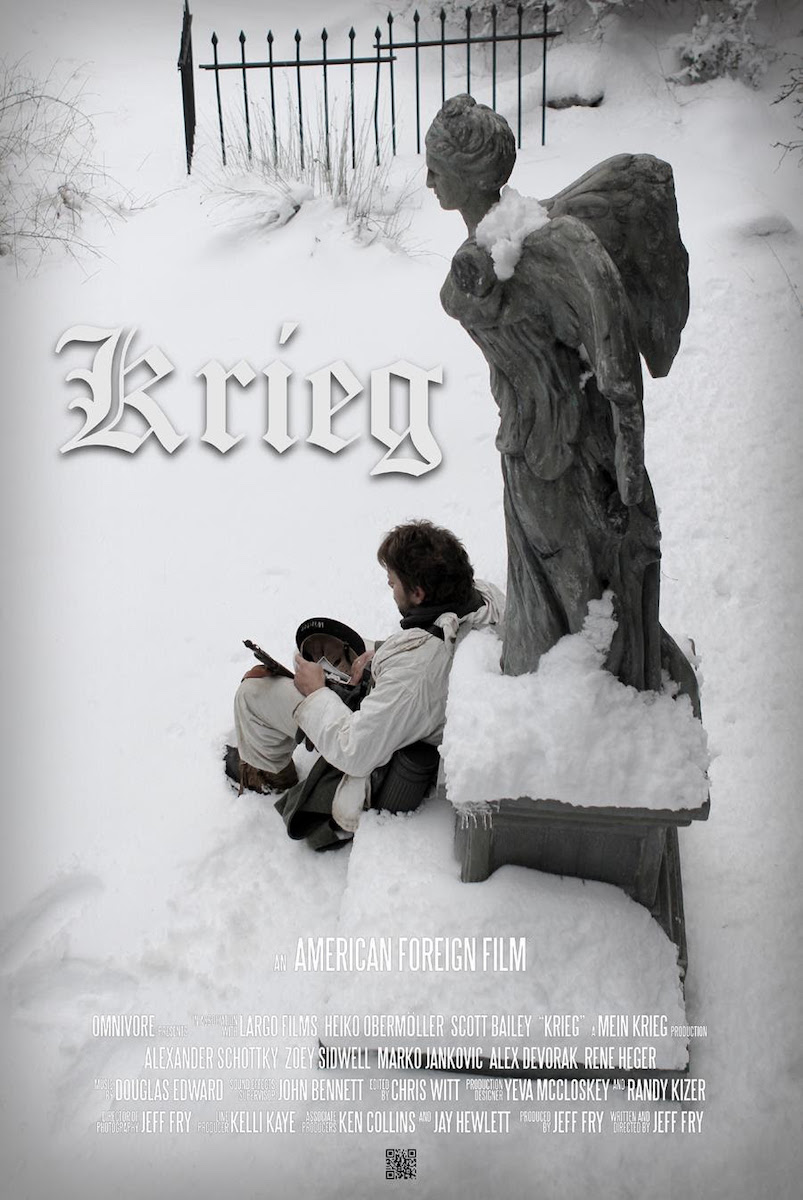 Filmmaker Jeff Fry’s directorial debut is the Academy-qualified live-action short film “Krieg,” that follows the journey of a soldier whose remorse for inaction in the face of murder compels him to risk all to protect a wounded enemy airman.

Tasked with locating a French Underground transmitter, an elite German SS mountain unit commits atrocities against their Partisan prisoners. Shamed by his involvement, one officer is compelled to leave camp and seek out the transmitter on his own hoping that, by finding the radio, he can prevent further crimes. He discovers a downed American aircraft and, in a twistof fate, finds redemption by delivering the wounded bombardier to the very enemy for whom they are searching.

“Krieg” is an anti-war film that challenges our conceptions of war and how the enemy behaves, blurring the boundaries between nations to teach us that wars are not fought on the battlefield, but in the hearts of men. “Krieg” stars Heiko Obermoller (“A Cure For Wellness”), Scott Bailey (“Timeless”), Alexander Schottky (“Nikola”), Zoey Sidwell (“How To Get Away With Murder”), Alex DeVorak (”Night of the Dead: Leben Tod”), Rene Heger (“Circle”), Marko Janovic (“Then What Happened?”), Amanda Michaels (“Krieg”), Sierra Willis (“Forerunner”), Chad Evans (“Krieg”), Joshua M. Bott (“Loser’s Lounge”), John Gillen (“Surge of Power: The Revenge of the Sequel”), Matt O’Hare (“Wearing Hitler’s Pants”), Ken Collins (“Cape Fear”), and Alison Lees-Taylor (“Escape From Tomorrow”), among others.

Fry wrote, produced, directed, and shot this intimate WW2 narrative. His filmmaking career has spanned from the inner workings of NASA’s Mission Control to Hollywood. For the last thirty years, he has been serving others by working on their films, hence he finally created his own, the theme of which is “serving others.” “Krieg” is actually a product of his desire to serve other filmmakers by developing a project so unique that their incredible talents would not go unnoticed.

“Krieg” is still continuing its incredible film festival awards sweep, to date having received an unprecedented thirty-three awards and an additional thirty nominations. “Krieg” can next be seen by film festival audiences across the United States at the Red Rock Film Festival in Utah on November 8th, at the Alexandria Film Festival in Virginia on November 11th, and at the Dragonfly Film Festival in Tempe, Arizona on November 16th & 17th, among others. The dialogue in “Krieg” is German and French with subtitles, but the film was produced in the United States, making it “An American Foreign Film” – Fry’s trademark for his domestically produced foreign language films. Shot in 35mm, the film has an organic feel and style appropriate to the period. The costumes and props are authentic, and the scale of the film is epic, peppered with vintage aircraft and vehicles.