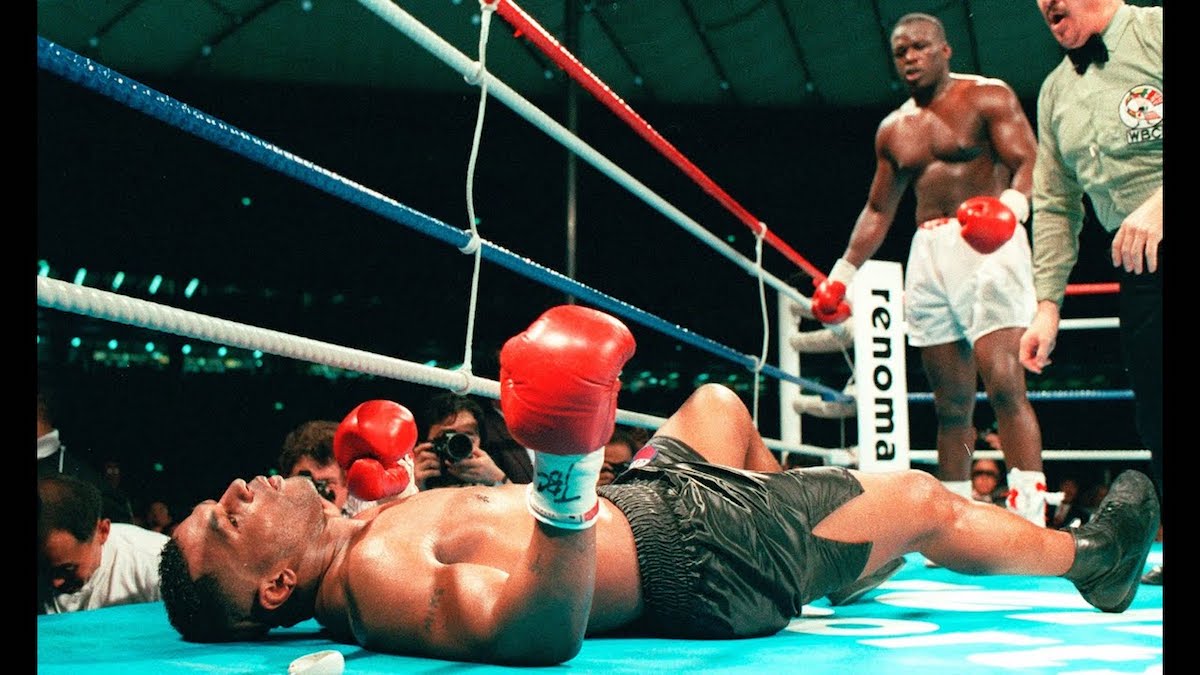 ESPN Films Next 30 for 30 is “42 to 1”, the documentary on Buster Douglas defeating Mike Tyson for the 1990 Heavyweight Championship of the World.

The documentary “42 to 1”, co-directed by Jeremy Schaap and Ben Houser, premieres Tuesday, December 11th at 9:00p.m. ET on ESPN

If you were a sports fan in 1990, you’ll never forget where you were when you heard about Tyson-Douglas. Because, after all, it was impossible.

In sports, we’re used to seeing the improbable. But the impossible is another matter entirely. And on February 11, 1990, while the odds were technically 42-1, it was very much the impossible that happened in a boxing ring in Tokyo, Japan, when James “Buster” Douglas defeated Mike Tyson for the heavyweight championship of the world.

The 30 for 30 documentary “42-1” tells the story of just how incredibly unlikely it was. It starts in Columbus, Ohio, where Douglas grew up the son of a boxer, who trained and guided him to become a top-10 heavyweight contender in the mid 1980’s. Of course, it was all in the shadow of the rise of “Iron” Mike Tyson, who became a worldwide phenomenon in a remarkable undefeated run to the undisputed title. And by the time their fight was set, Douglas was lightly regarded, merely a stepping stone for bigger fights for the champion. But on the day they met, a series of extraordinary circumstances led to an unimaginable result.

Featuring rare footage and never before seen images, this is a film about how Douglas pulled off a victory that changed the course of sports history, channeling the absolute best version of himself, if only for one fight, when it mattered most and no one thought it was possible.