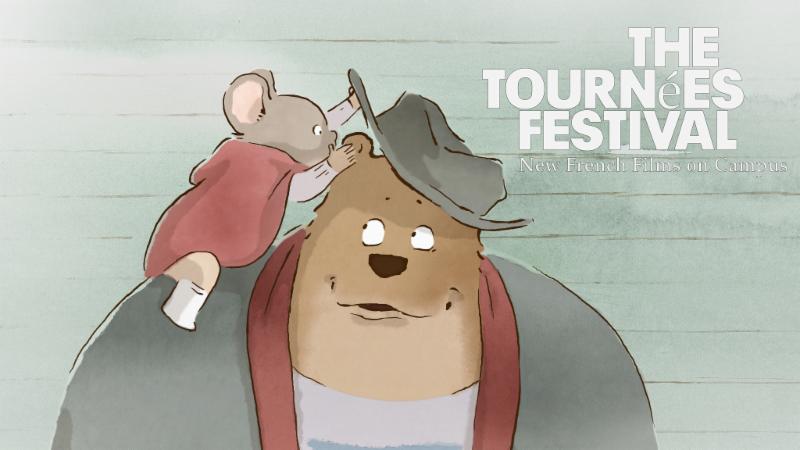 Roger Williams University (RWU) and the FLICKERS: Rhode Island International Film Festival (RIIFF) are proud to collaborate for the presentation of the Third Annual RWU Tournées French Film Festival. The theme for this year’s Festival is “Connecting through Storytelling.” The Festival will take place over a five-day period, April 7-11, 2015 and will be free to the general public and campus community. The RWU Tournées French Film Festival was made possible by a $2,200 grant from the French American Cultural Exchange, a New York-based nonprofit that promotes French culture through grants and special projects in arts and education.

The Bristol, RI campus of Roger Williams University will serve as the host location for the Festival, with screenings to take place at the Mary Tefft White Cultural Center in the Campus Library and the Global Heritage Hall, GHH01.

This year’s Festival selections and screening can be found below or at the following URL: http://www.film-festival.org/TourneesFilm.php

The Third Annual RWU Tournées French Film Festival is made possible with the support of the Cultural Services of the French Embassy, the Centre national du cinéma et de l’image animée (CNC), the Franco-American Cultural Fund (FACF), The Florence Gould Foundation, Campus France USA, and highbrow entertainment. The Festival is presented in collaboration with the Office of the Dean of Feinstein College of Arts and Sciences; the Department of Communications; the Department of Theatre; Hillel; the Spiritual Life Program, the RWU Film Production Club and the Flickers: Rhode Island International Film Festival.

Roger Williams University, located on the coast of Bristol, R.I., is a forward-thinking private university with 45 undergraduate majors spanning the liberal arts and the professions, where students become community-minded citizens through project-based, experiential learning. With small classes, direct access to faculty and boundless opportunity for real-world projects, RWU students develop the ability to think critically while simultaneously building the practical skills that today’s employers demand. In the two years since launching its signature Affordable Excellence initiative, the University has established itself as a leader in American higher education by confronting the most pressing issues facing students and families – increasing costs that limit access to college, rising debt and the job readiness of graduates. In addition to its 4,000 undergraduates, RWU is home to more than a dozen graduate programs, a thriving School of Continuing Studies based in Providence as well as Rhode Island’s only law school.

The FLICKERS: Rhode Island International Film Festival (RIIFF) has secured its place in the global community as the portal for the best in international independent cinema, earning the respect of domestic and foreign filmmakers, film goers and trend watchers. This confluence of art and commerce brought together world-class celebrities, award-winning filmmakers, new talent and audience members in record numbers last year. Ranked as one of the top-10 festivals in the United States, RIIFF is one of 19 festivals worldwide that is a qualifying festival for the Academy Awards® in both short film and documentary short film through its partnership with the Academy of Motion Pictures Arts & Sciences®