"In 2009, we set out to create a film festival in Albuquerque. It was my dream to screen Easy Rider since it was the 40th Anniversary of the film that I believe set the indie film revolution in motion. Someone once told me to dream big so I dreamed that I was in the Kimo Theater watching Easy Rider with Dennis Hopper. I knew a few people who had some connections to him and I asked them to reach out to him and see if he would accept our invitation to screen the film and to receive a Lifetime Achievement Award.It took several weeks to hear back from anyone and then the phone rang. It was a friend of mine who was close to Dennis. He apologized but Dennis was not going to be available, but gave us his regards and wished us well. I was disappointed. I really wanted to launch a festival in New Mexico with Dennis since this is where he has lived since making Easy Rider.A week later, I received a phone call. Dennis had changed his mind! He would do it but he had a limited amount of time- Bob Dylan and Willie Nelson were in town and he had dinner plans. No problem. I called my best friend and production partner and then the press. We were about to experience something special, a rare moment in time when history is created. Ivan Weiner and Reel Solutions delivered!" - Rich Henrich, Founder of Film 4 Change & Director of The Albuquerque Film Festival 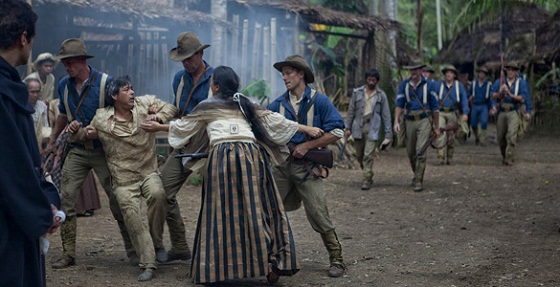 2011 Albuquerque Film Festival to open with ‘Amigo’; Kicks Off Summer with Screening of The Cool School

Amigo, written and directed by John Sayles and starring Chris Cooper has been announced as the opening night film of the 3rd Albuquerque Film Festival scheduled for August 18st – 21st, 2011. AMIGO stars Joel Torre as Rafael Dacanay, a village mayor caught in the murderous cross-fire of the Philippine-American War in 1900. When U.S. troops garrison his village, Rafael comes under pressure to collaborate from the blood-and-guts Colonel Hardacre (Chris Cooper) as he tries […]